‘Go beat up a Zionist’: Brooklyn hospital fights to fire doctor who made antisemitic posts 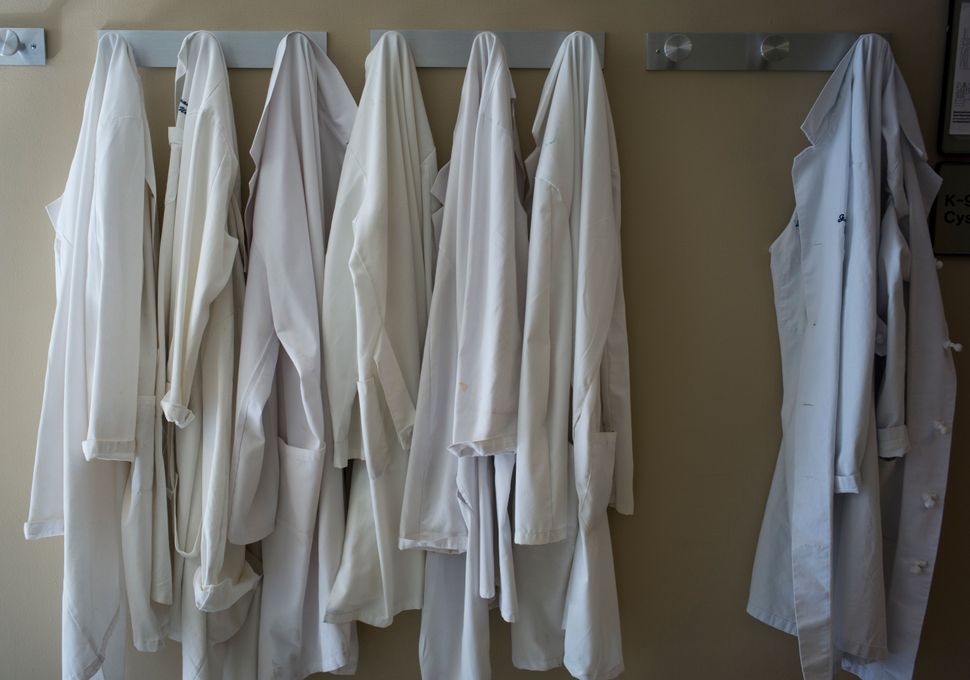 A Brooklyn hospital that serves a large Orthodox Jewish population is fighting in court to try to fire a pediatric resident who posted antisemitic and homophobic tweets, according to legal filings.

New York-Presbyterian Brooklyn Methodist Hospital tried to boot Walid Khass from its pediatric residency program after staff learned of his social media posts in the spring of 2019, but he sued the hospital to be readmitted to the program and won. New York-Presbyterian is currently in an appeals process, and both sides will appear in virtual court Sept. 17 for oral arguments.

Khass’ tweets, according to exhibits in the court filings, include sentiments like “Go beat up a Zionist,” “You trust the Jews— I never did,” “I hope only Israelis get ebola” and Egyptian President Abdel Fattah Al-Sisi’s mother, Soad Ibrahim Mohamed Al Shishi, “is a Yahoodi. That should mean a lot to you. A higher group run the corrupt world.” The posts spanned 2012 to 2017 and also included anti-gay and racist material.

The hospital said in court documents that such tweets make Khass ineligible to train in the program because some of them condoned or encouraged violence. The posts would also harm the program, the hospital said, because they would make it impossible to create a respectful, inclusive work environment.

“These posts would cause serious and extreme hardship on the Program because it would interfere with the Program’s ability to serve a patient population consisting of a large number of Orthodox Jews,” said one filing.

Khass’ lawyer did not respond to a request for comment. Officials at New York-Presbyterian Brooklyn Methodist Hospital were also not available to comment.

The tweets first came to light in 2017 when Khass was in medical school at St. George’s University School of Medicine in Grenada. He went through a disciplinary process there and was allowed to begin clinical rotations with a warning.

Khass wrote the posts after “two of the Plaintiffs’ relatives were killed in missile strikes launched by Israel,” according to court documents.

Khass’ case revolves in part around a contract dispute — he claims that matching for residency “establishes a binding commitment to offer or to accept an appointment if a match results and to start training in good faith,” according to the complaint.

The case has echoes of another that surfaced recently of a woman who was fired from two residency programs for antisemitic tweets and lost her medical license this year.

In both cases, Canary Mission, the website that names and shames people who post antisemitic content online, publicized the residents’ tweets, part of the series of events that lead to their dismissals.

The funding behind Canary Mission was the subject of a Forward investigation in 2018.

‘Go beat up a Zionist’: Brooklyn hospital fights to fire doctor who made antisemitic posts