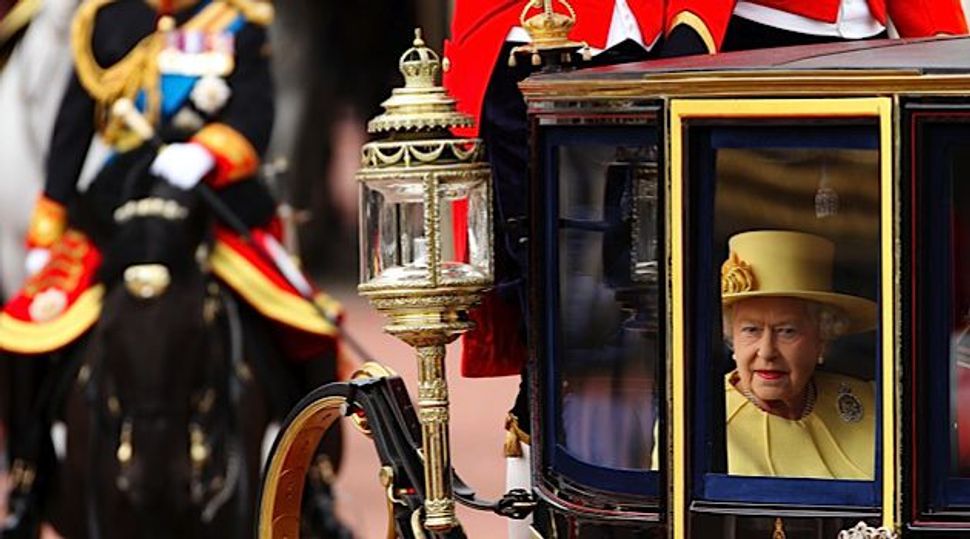 Birthday Celebration: The Queen honored several Jews throughout the United Kingdom on her birthday this year. Image by Getty Images

No dancing, sukkah “crawls” or shared shofars, said Her Majesty’s Government — among other decrees handed down on Monday.

British Jews have received an extensive list of don’ts and dos for this year’s High Holiday season, covering Rosh Hashanah, Yom Kippur, Sukkot and the festivals of Shemini Atzeret and Simchat Torah.

The list was released alongside stricter social distancing rules for the whole country, which outlawed private gatherings of more than six individuals, putting an end to the so-called garden minyanim (outdoor prayers services of at least 10 people) that had become popular among British Jewry according to the Jewish Chronicle.

Do: Maintain two meters of distance between households. Synagogues are exempt from the rule forbidding private gatherings with more than five others, but each group of no more than six people should stay two meters away from each other.

Don’t: Share shofars. The list stressed that “Under no circumstances should more than one person blow the same shofar” and also says that the shofar should always be blown away from the congregation.”

Do: Maintain online services and use digital amplification. The guidance touts Zoom services and urges congregations to use microphones in order to preserve distance between speakers and congregants. Both, however, would be forbidden in Orthodox or traditional services.

Don’t: Invite guests, share food between households or engage in “sukkah crawls.” These are a popular synagogue tradition where congregants roam from sukkah to sukkah throughout their community, similar to trick-or-treating on Halloween.

Do: Bring your own lulav and etrog to synagogue. Don’t borrow or share a communal set.

Don’t: Dance. If dancing with the Torah must take place, only a minimal amount of people should get to hold the Torah scrolls.

“We know this might be disappointing,” stressed the guidance, “but it’s important to remember that the virus is still with us and we need to do all we can to protect ourselves and our family and friends.”