Who’s behind the pro-Trump ads Jewish papers refuse to run? 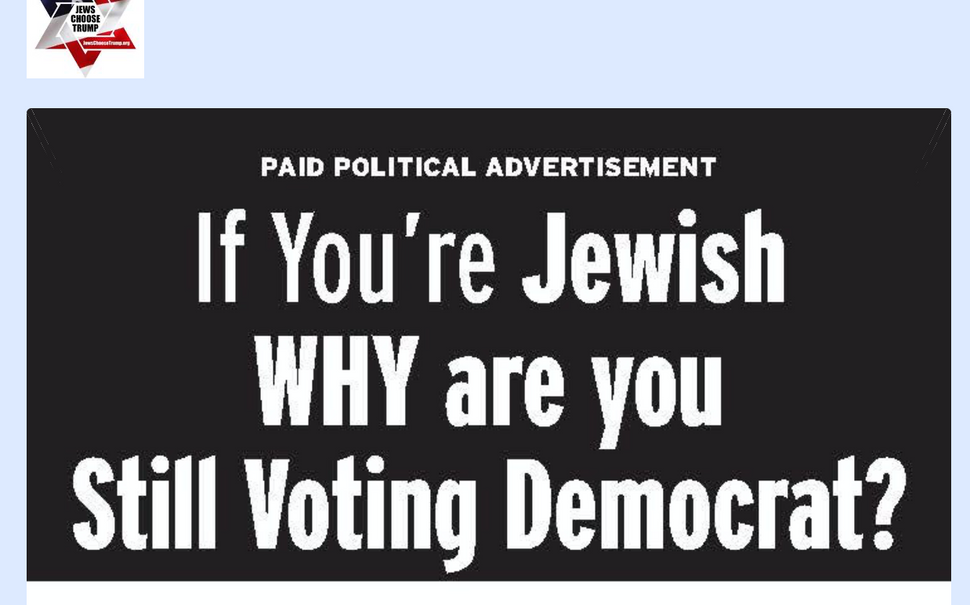 A part of a controversial pro-Trump advertisement aimed at Jewish voters.

The ad is striking.

At the top, it asks, “If You’re Jewish, WHY are you Still Voting Democrat?”

It then asserts that a vote for the Democrats is a vote to defund the police and military, permit harassment of pro-Israel and Jewish college students, reinstate the “disastrous Iran nuclear deal” and “turn our American cities into third world war zones.” 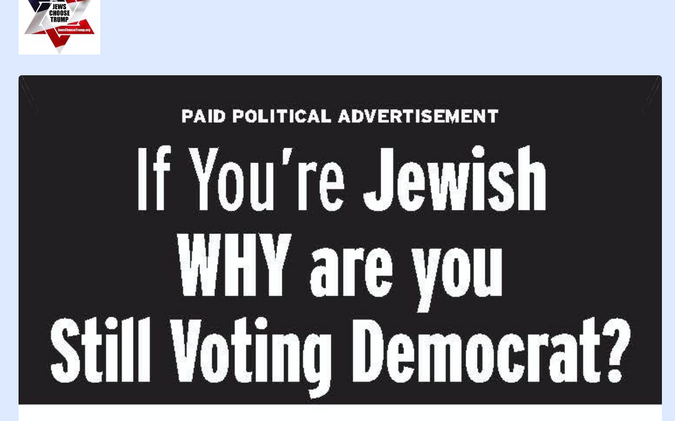 A part of a controversial pro-Trump advertisement aimed at Jewish voters.

Below that is a color photo of a fire in downtown Minneapolis amid “massive violence and looting” during rioting in May.

The ad, paid for by a group called JewsChoose4MoreYears, the registered political organization of JewsChooseTrump, ends with the assurance that a vote for Donald Trump will ensure “a safe, secure and brighter tomorrow.” 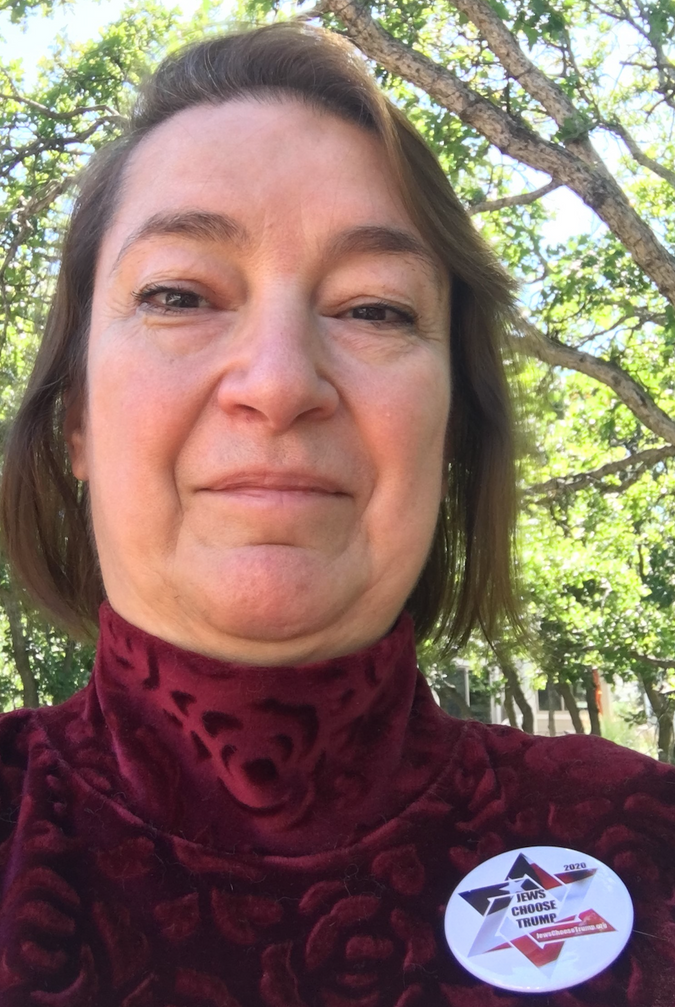 It is one of four ads JewsChoose4MoreYears has been running in primarily Jewish newspapers in the swing states of Florida, Ohio and Michigan. There are plans for them to run also in Pennsylvania.

But Phyllis Kaminsky, 83, of Phoenix, who is the organization’s representative in Arizona, said some Jewish newspapers declined to run the ads.

One of them is The Jewish Exponent in Philadelphia.

“We don’t include content that is potentially inflammatory or offensive,” explained Laura Frank, the publisher’s representative. “We cover politics in the paper in a way that is balanced, both sides of the aisle are represented equally. We run political ads all the time that promote a party or issue. This is seen as an attack ad and is not a promotional ad.”

Kaminsky said the Arizona Jewish News also rejected the ads, but Jodi Lipson, the paper’s account executive, said, “I have not spoken with anyone about such advertising.”

The Cleveland Jewish News accepted two of the several ads the group submitted, after addressing concerns “regarding inaccurate copy points included in initial versions of the ad,” according to publisher Kevin Adelstein.

The people behind the ad said they see nothing incendiary about it.

“It’s strong and forceful,” said Philip Aranoff, 74, of Houston, one of those who helped pay for the ads. “If a Jew was on the fence, I don’t know a good response” to the ad’s claims.

“To me, this election is such an easy choice,” he said. “On one side you have those supporting the police and law and order, and on the other you have those glorifying the criminals.”

Fact-checking websites have repeatedly rated claims that Biden supports defunding police and military as false. Biden and Sen. Kamala Harris, his vice presidential nominee, have a long record of support for the Jewish state.

A poll of Jewish voters released Monday by the Jewish Electorate Institute found that 67 percent of Jews plan to vote for Biden and 30 percent for Trump, up from 24 percent in 2016. That year, 71 percent of Jews voted for Democrat Hillary Clinton.

While the poll found that Jewish voters trusted Biden over Trump on all the issues raised in the ad, including Israel, it also reported that uppermost in Jewish voters’ minds was one the ad didn’t address — the pandemic.

The JEI poll found that the government’s response to the coronavirus pandemic will have an impact on 90% of Jewish voters and that Trump deserves the greatest blame for the spread of coronavirus.

Lee Green, 59, of The Villages in central Florida, said she is a member of JewsChooseTrump and is “excited about voting for Trump.”

Asked about the president’s handling of the pandemic, Green praised Trump for getting private industry involved to solve shortages in personal protective gear, like masks.

“People seem to forget all of the actions he took early on,” said Green.

JewsChooseTrump was started for the 2016 election, said Janna Blanter, 60, of Colorado Springs. The group’s website features a blog, pro-Trump articles (“12 Reasons Why Jews Support Trump”) and a gift shop with “JewsChooseTrump” face masks and other campaign swag.

Blanter, who immigrated from Russia in 1976, said she is part of a network of conservative Jews in her community.

“We may not be large in number,” she said, “but we are mighty because we’re trying harder.”

Correction: Due to an editing error, an earlier version of this article inaccurately reported that the JewsChooseTrump website included a donation page. It does not; in fact, the homepage explicitly says, “We are all volunteers. We never ask you for money.”

Who’s behind the pro-Trump ads Jewish papers refuse to run?