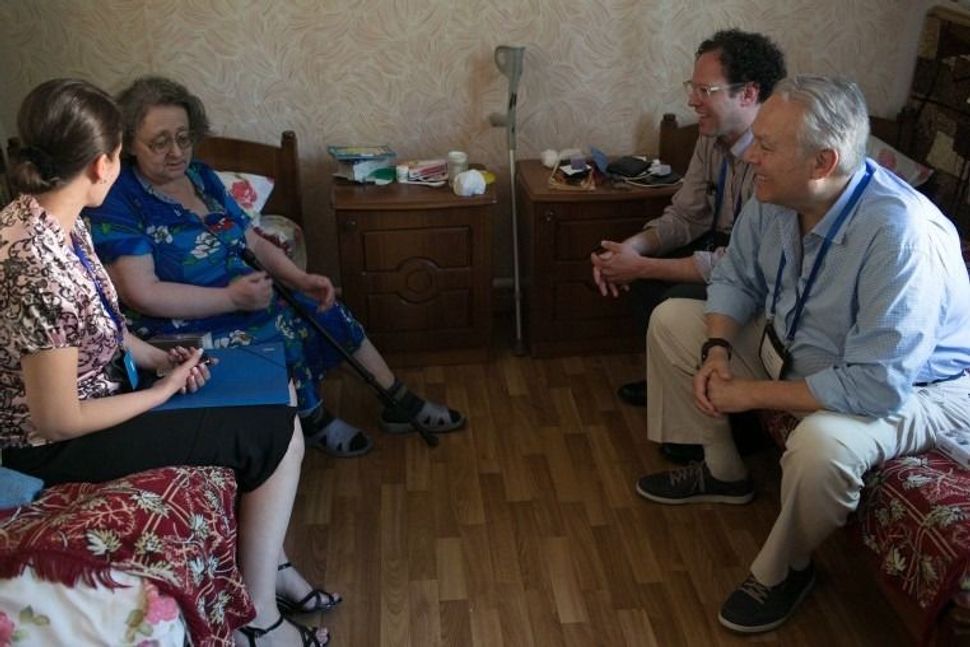 Infighting at the American Jewish Joint Distribution Committee, one of American Jewry’s oldest, biggest communal organizations, has broken into public view again with the release of a letter signed by 16 board members lamenting “breaches of trust” between the board and its current leadership.

There are “existential issues” afflicting the board, including a “lack of transparency,” “poor governance,” and a disrupted CEO search process, stated the letter, signed by a group including Helen Abeles, a board vice-president; Seattle-based philanthropist Michele Rosen and Anne Neuberger, deputy national manager of security at the NSA.

“The issues raised in the letter were discussed at JDC’s recent Board meetings and are being addressed as part of wider efforts to heal recent Board tensions,” the organization said in a statement, pointing out that the group’s board has 188 members. “Inevitable disagreements are expected in a Board of our size, and they should be addressed in Board forums, not the press.”

In a meeting of the board’s top leaders on Monday, one person defended the leadership of JDC president Mark Sisisky, according to a transcript obtained by the Forward: “Mark is the president, you either get behind him, or you get off the board.”

Founded in 1914 to assist Jews living in Palestine under Turkish rule, the JDC has rescued Jews from Nazis, and helped airlift them out of Ethiopia. Today, it has a $373 million annual budget and in 2020, raised $16 million in coronavirus relief, said interim CEO Asher Ostrin.

It serves some 55,000 Jews worldwide on a daily basis — including many Holocaust survivors — who live in impoverished, elderly or isolated communities in Europe, South America and Israel. About 40% of the budget is spent on needy Jews in the former Soviet Union, including 44 community centers that serve younger generations of Russian-speaking Jews,according to its annual report.

In recent years, however, the group has experienced significant turnover at the top. It is also looking for a new CEO, which will be its fifth in five years. At least five board members have resigned in the last year, including a vice president, David Horowitz, said a current board member who spoke on condition of anonymity lest they jeopardize their position.

“This ongoing divisiveness saddens me and could have an untold impact on JDC,” said Jay Ruderman, a JDC board member and philanthropist, in a statement. “It’s critical then that we support efforts to mend ties on this Board.”

The board has formed a committee to investigate the problems and fix them, according to a statement from Carol R. Saivetz, another board member, who is a research associate at Harvard University.

In the most recent board chair election, held in November, the official nominee — Sisisky — was challenged by another member, Jewish Insider reported. The election was “contentious,” Ruderman said in his statement. 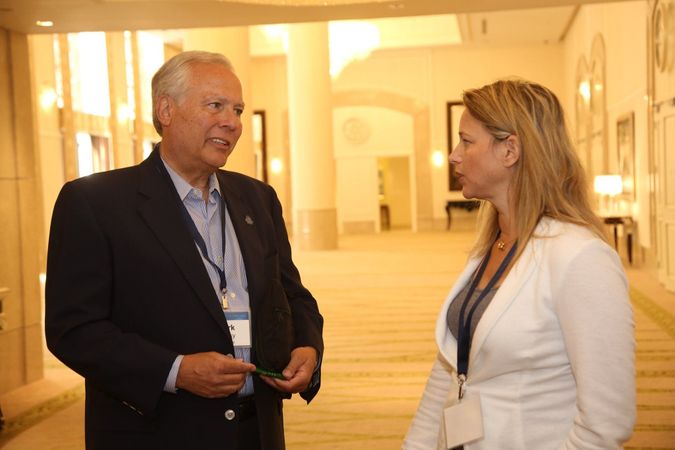 Sisisky won, and is now presiding over the CEO search. In its August meeting, the board said it would announce its new CEO in December, according to three members who were present and spoke on condition of anonymity. Ostrin’s interim CEO position is about to end, according to a memo from Sisisky shared with the Forward; Darryl Friedman will be stepping in as a second interim CEO until the new executive will be announced.

But the search process was disrupted by the leak of a current staff member’s candidacy. In August, the Jerusalem Post ran an article revealing that Sarah Eisenman, director of the organization’s American young adult engagement program, called Entwine, was in the running. Eisenman withdrew her name, and defenders of hers called the leak a sexist “hit job.”

The new letter, released Sunday, calls the allegations of sexism a deliberate distraction from the other issues.

“The allegation that sexism played a part in the CEO search process is an attempt to refocus the Board’s attention from the real issues facing JDC today,” the 16 board members wrote.

The ongoing uncertainty around leadership and governance is still a source of concern for the board, said another current board member, who also spoke on condition of anonymity lest they jeopardize their position.

“Many board members are not explicitly saying anything and staying on the sidelines,” he said. “They’re waiting to see who is chosen for the CEO, to decide if they’ll leave.”