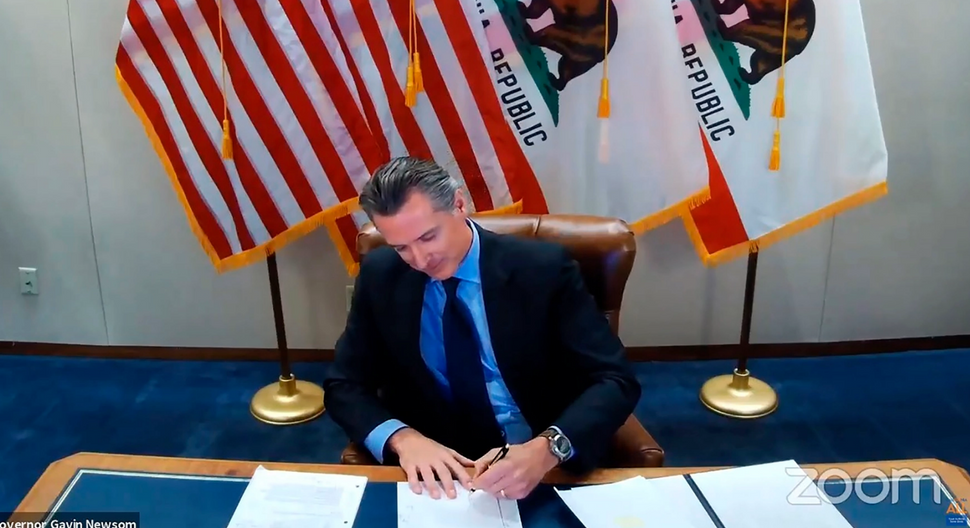 The veto came during a whirlwind final day in which the governor signed more than 30 bills and rejected 15 others. It marked an unlikely repudiation of an initiative that, following late amendments, ultimately won the unanimous support of Democrats in Sacramento and even some Republicans. Had the bill been signed, ethnic studies instruction would have been required by the 2029-30 school year, even as the current ethnic studies model curriculum — mandated by a separate 2016 bill — is still being revised.

The veto drew criticism from the bill’s author, Jose Medina, Democrat of Riverside and an associate member of the California Legislative Jewish Caucus. Last month he worked with caucus leaders to insert “guardrails” into the bill to prevent anti-Jewish or anti-Israel bias from creeping back into the curriculum in the final stages of revision.

Medina called the veto a “disservice to our students who have called for ethnic studies in their schools” and said it represented a “missed opportunity.”

Newsom shared his concerns about the model curriculum draft in a veto message posted to the governor’s official website.

The bill “would require ethnic studies to be taught in high school at a time when there is much uncertainty about the appropriate K-12 model curriculum,” the message said. “In my opinion, the latest draft, which is currently out for review, still needs revision.”

Still, Newsom had been under pitched pressure from a host of ethnic groups who claimed they were not adequately represented in the curriculum model, including Jews, Arab Americans, Sikhs, Armenians and others.

“We appreciate the Governor’s leadership,” the S.F.-based Jewish Community Relations Council said in a press release.

The JCRC launched a publicity campaign last month using the hashtag #JewsNotIncluded, imploring the California Department of Education to insert a “meaningful” definition of antisemitism into the model curriculum and a sample lesson “reflecting the diversity of Jewish Americans.” The current draft lumped Jews and Irish Americans together in a sample unit on “redefining white” in America.

“We support ethnic studies and thank Governor Newsom for creating the time and space for the state to get it right,” JCRC executive director Tye Gregory said in the statement. “Now, California can have an accurate and robust ethnic studies curriculum prior to a mandate to teach it.”

The American Jewish Committee office in San Francisco also “commended” Newsom, calling the process of developing the curriculum one “marked by irregularities and a lack of transparency.”

The model “excludes Jews and many other ethnic groups,” the statement read, “while promoting controversial theories about race, ethnicity, religion, politics and economics.”

The Amcha Initiative, a strongly pro-Israel advocacy group, said in a statement that it “hailed” Newsom’s veto decision on a bill that “would have made inherently anti-Semitic ‘critical’ ethnic studies a high school requirement.”

“We applaud Governor Newsom for keeping politics and anti-Semitism out of an educational curriculum,” the statement said.

State Sen. Ben Allen, Democrat of Santa Monica who chairs the Jewish caucus, said he was surprised by the governor’s veto. Because of the guardrail amendments, an extended implementation timeline and provisions for local flexibility, Jewish caucus members voted unanimously to support the measure.

“We weren’t asking for a veto,” Allen said.

“I understand there are folks who are still nervous,” he added. “Now, the focus moves to the curriculum. I can only assume that if the issues are resolved, then something like this will move forward in the future.”

In his veto message, Newsom said he would be directing his administration to work with the state Board of Education president Linda Darling-Hammond and Superintendent of Public Instruction Tony Thurmond to ensure the final draft of the model curriculum “achieves balance, fairness, and is inclusive of all communities.”

Medina said he remains “committed to making ethnic studies a reality for all of California’s students” and would be reintroducing the same legislation next year.

By law the ethnic studies model curriculum must be approved by March 31, 2021.

This article originally appeared in jweekly.com. Reposted with permission.