For the homeless, Sukkot is year-round A homeless encampment on Venice Boulevard in 2021. Image by Rob Eshman

Sukkot came early to Venice, Calif., this year. The fall Jewish holiday rolled in around June.

That’s when I first noticed full-fledged huts popping up in my neighborhood. They were dead ringers for the temporary shelters Jews put up to mark Sukkot, with bamboo or fabric walls, and roofs that included palm fronds, bamboo stalks and tree branches. The city’s spreading homeless encampments used to be composed mostly of tents and tarps. Now the message homeless men and women is sending seems to be: If you won’t build us enough shelters, we will.

There are 40,000 homeless people in the City of Angels, 66,000 in Los Angeles County. That county figure is up 12.7 % from last year, as we near the end of the second term of Los Angeles Mayor Eric Garcetti, who was elected in 2013 on a promise to confront the problem. 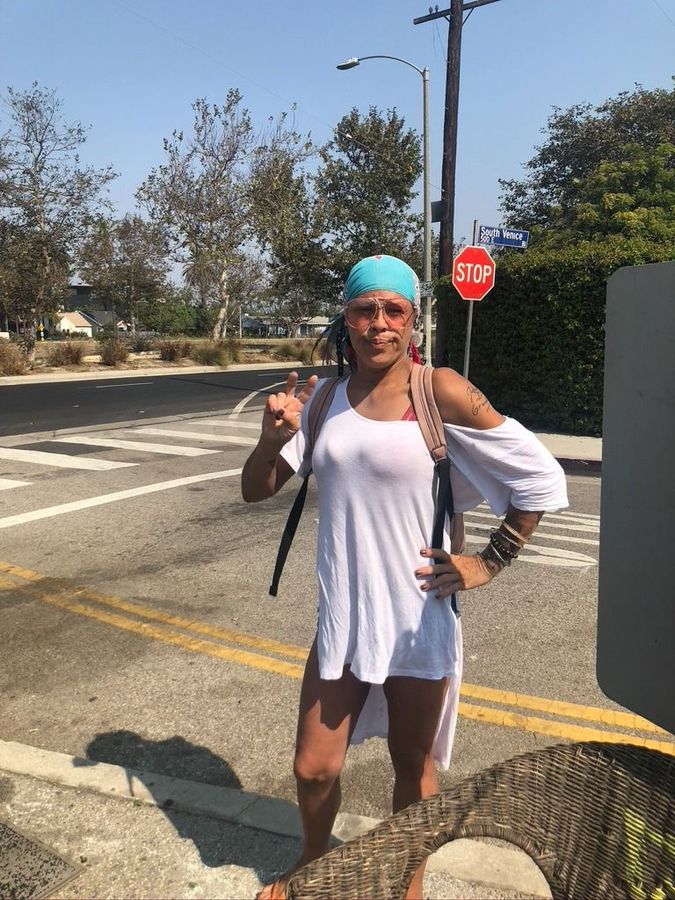 This despite city voters in 2016 having approved a $1.2 billion housing bond program known as Proposition HHH, which somehow has produced just a few hundred units of affordable housing. An audit by Ron Galperin, the City Controller, reported that costs per unit reached $701,000, far more than the projected $350,000.

While Garcetti’s “A Bridge Home” program has provided 1,800 shelter beds with services, U.S. District Judge David Carter has ordered the city and countyto find shelter for 6,000 people now living in encampments near freeways. The state’s ambitious Project Roomkey, designed to house people in empty hotel rooms, is winding down after reaching 30% of its goal.

It’s all too little, too slow. On the streets of Los Angeles, our inability to deal with the economic, health and housing needs of increasing numbers of men and women translates into a tragic Sukkot. 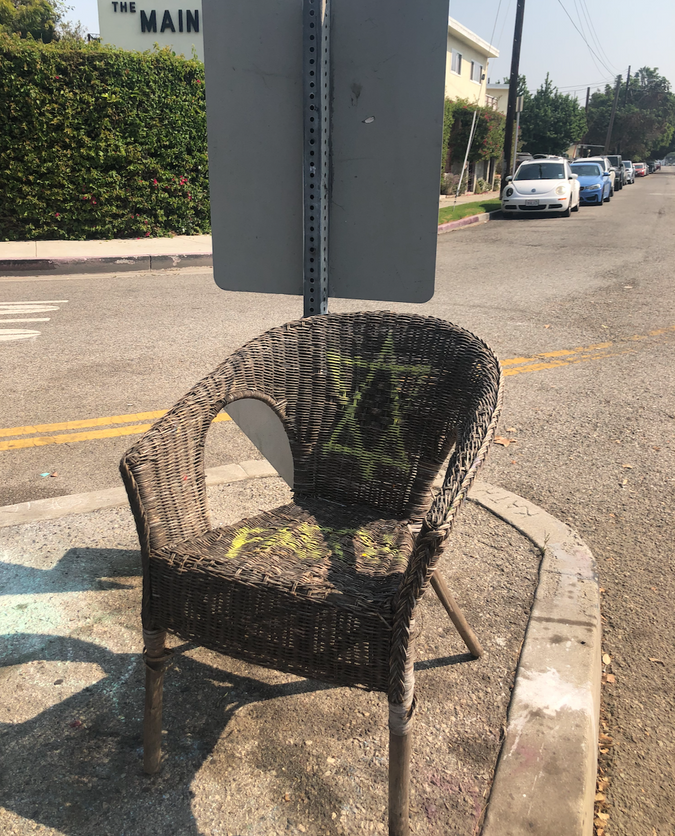 A mixture of blue vinyl tents and four-walled huts have sprung up along Rose Avenue, just a chain-link fence apart from the fairways of the Penmar public golf course. People are sleeping in cars, minivans and dilapidated mobile homes lining many L.A. streets, and they have taken over public parking spaces along Ballona Creek Wetlands Preserve, where garbage cans overflow. More huts line Venice Boulevard as it dead-ends at the beach boardwalk.

Aisha Rogers lives in one of those shelters. I called out to her on Sunday, the second day of Sukkot, and waited while she dressed to come outside. She is in her early 40s, with smooth light brown skin, and wore shorts and a long white T-shirt, with a bright turquoise scarf wrapped around her head, and a black one that she kept fidgeting into a mask.

“There’s a deeper story behind some of the homelessness things here,” she said, unspooling a conspiratorial theory that was a little hard to follow. “There’s a lot about human trafficking that goes along with this, and there’s a system or way that they do things, and they make you think that you’re just going to be homeless. It’s very slick and it’s very psychologically strategic.”

About 67% of the county’s homeless have symptoms of mental illness and addiction, and Rogers, bright and articulate, is fighting her share of demons.

She told me that the city was crisscrossed with underground tunnels that facilitated human trafficking. She at first said she was born in the Camp Pendleton Marine base near San Diego and was sex trafficked from infancy. Later, she said she had been raised in a stable, middle-class home with a father who was an officer in the Los Angeles Police Department. She said she has three adult children.

Rogers’s bathroom is a camp toilet she empties directly into the storm drains. She washes in a basin filled with bottled water. She told me that she had housing until sometime last year, when she lost her job at Red Lobster. I couldn’t verify her employment claim, though a recent study showed about half of L.A.’s homeless people had been recently employed. She said she gets by on government support, food donations and “blessings from God.”

Rogers’s hut is surrounded by expensive Venice homes. While I was there, young people raced by on e-scooters. High-end cars turned into the packed parking lot of an Erewhon grocery just beyond the encampment, where a wheatgrass and CBD shot will set you back $8. She said the neighbors and police don’t bother her, and social-service workers only come by “to gather information.”

How much of her story is true I can’t say. The undeniable fact is that there are many sukkahs like hers around the city. With the full economic impact of the pandemic yet to come — evictions are still on hold in California — there are bound to be more.

But Farkas said that city and county leaders have simply failed to produce enough affordable units fast enough. He is now trying to fast-track the building of affordable housing on synagogue, church and mosque parking lots. It could result in thousands of new units, but not for two or three years — if the state legislature passes the proposal.

The huts we build on Sukkot are meant to be symbolic, to remind us of a time we Jews wandered homeless in the desert, relying only on the grace of God to get us home. These L.A. sukkahs symbolize, if anything, how badly our elected leaders have failed us, and how far we, as a society, have fallen.

For the homeless, Sukkot is year-round