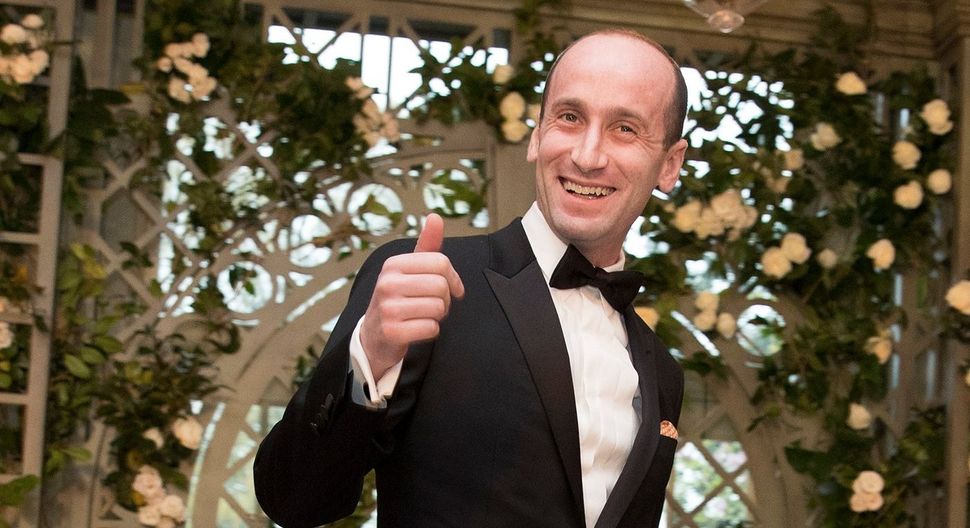 While a debate broke out among liberal Jews on Twitter, as to whether they should pray for the president of the United States after his positive COVID-19 diagnosis, nobody in those circles seems to have any such qualms about his senior aide, Stephen Miller.

Widely known as the architect of the Trump administration’s anti-immigration policies, the news of his positive diagnosis strikes them as his just desserts for a policy that designed to separate families and put thousands in detention centers.

I cannot imagine being part of a moral system that isn’t happy that Stephen Miller is suffering and might die. Wishing evil people the best is cringe af

Thinking of the immigrants & asylum seekers who died of COVID-19 in ICE custody because of Stephen Miller’s white nationalist policy.

Thinking of separated Muslim, African, & immigrant families who can’t care for each other because of Stephen Miller’s white nationalist policy.

Others had only jokes.

Stephen Miller has reportedly tested positive for Covid-19. Well, they say it started in bats. Maybe it’s just trying to go to its daddy now?

how long does a virus have to stay in quarantine after its exposed to Stephen Miller?

Though some where concerned that certain jokes approached antisemitic tropes.

Just a reminder that while Stephen Miller is a garbage person without a soul, saying Jews aren’t human is an old anti-Semitic trope and you shouldn’t do it. There are endless ways to mock him, don’t use this one. https://t.co/KBZSHA1hb7