On Prime Day, remember that Amazon is a publisher of choice for white supremacists 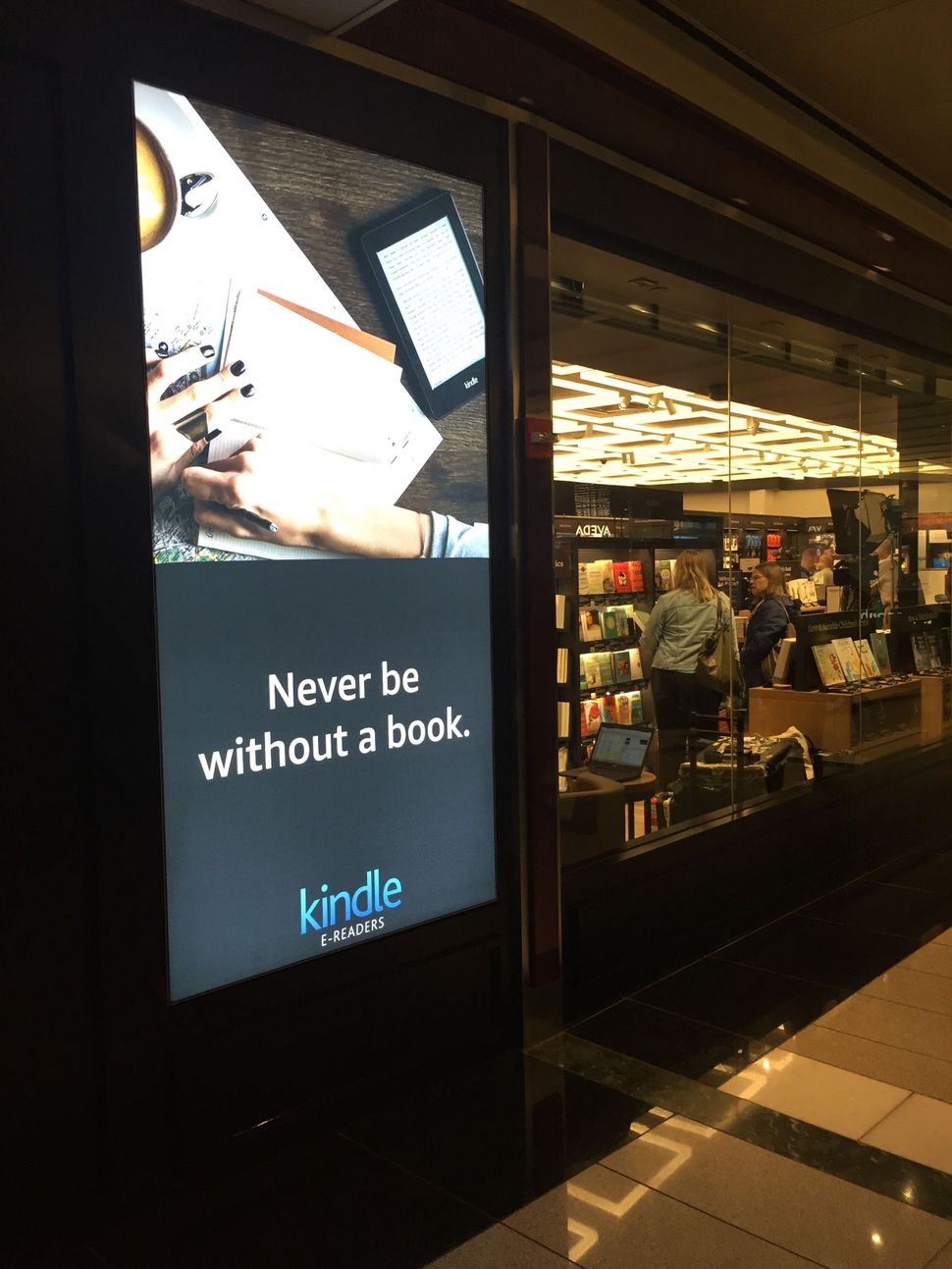 Kindle advert at the Amazon store. Image by Dan Friedman

Earlier this month Israel’s Minister of Diaspora Affairs, Omer Yankelevich, called on the technology giant to remove some 40 books from the platform that a ministry investigation found to contain antisemitism or Holocaust denial.

Kindle Direct Publishing, the self-publishing arm of Amazon, has long been a haven for white supremacists who want to reach a wider audience, a ProPublica investigation found last spring.

According to ProPublica, KDP has little oversight and a text can be uploaded and be ready to be sold on the market in under 24 hours.

That has made the platform a favorite of white supremacist groups struggling to find publishers. Some 200 of the 1,500 books in the library of “the Colchester Collection of Pro-White Books,” an online reading room for White Supremacists were published through KDP.

The platform’s algorithms push readers deeper into their area of interest, which means that searching for one white supremacist book will yield suggestions for similar material.

Amazon is the largest company in the world, having surpassed Microsoft in 2019. As a marketplace that draws from thousands of sellers, it’s often been called out for hosting offensive products on its sites. An investigation by Business Insider found that the website has hundreds of products which promote the antisemitic QAnon conspiracy.

The site did, however, remove a product quoting the president’s nod to the Far-right Proud Boys group when he told them to “stand by” during the first presidential debate.

On Prime Day, remember that Amazon is a publisher of choice for white supremacists