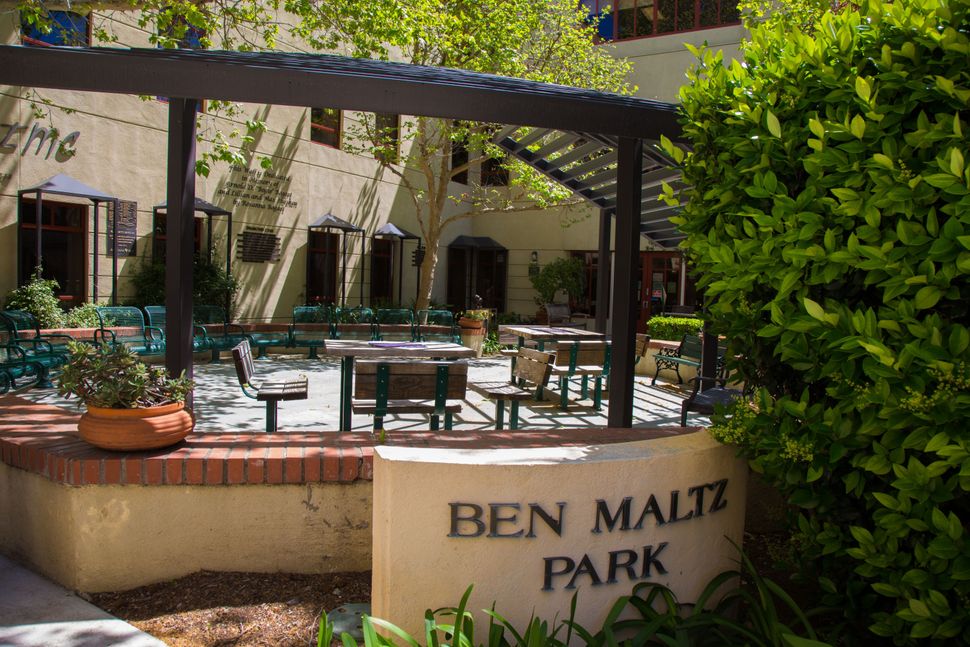 Founded in 1951, the William Breman Jewish Home in Atlanta can serve seniors with a range of needs, from those who have lost their memory to those who just require a little help to live on their own.

In normal times, about 130 people live there — and there’s a waiting list. Today, 15% of its beds are empty, because seven months into the coronavirus pandemic, families are still scared to move their loved ones in. It’s battling a new COVID-19 outbreak, — 30 residents recently tested positive — and the pandemic is wreaking havoc on its finances.

“Before the virus, we might have had six or seven move-ins a month. Now we’re thrilled to have two,” said Shari Bayer, the home’s chief marketing and communications officer.

As temperatures drop and COVID-19 cases rise across the country, the pandemic is putting pressure on both nursing homes and assisted living facilities, and the families who rely on them to house seniors who can’t live on their own.

The pandemic hit such facilities hard — many studies showed that last spring, about 40% of COVID-19 deaths took place in nursing homes and assisted living facilities.

Cases and deaths declined from that peak in May and June, but data show they’re on the rise again — intensifying families’ fear that their elderly will be more vulnerable to the virus, both physically and mentally, inside such facilities. As a result, the homes are struggling financially, and making hard decisions in order to survive.

“There has been an increasing preference to coordinate rehab and skilled nursing care at home, which is fueled primarily by fear,” said Dr. Jeffrey Farber, president and CEO of New Jewish Home, a health system that operates two nursing homes, one in Manhattan and one outside New York City.

The Forward interviewed administrators at 10 non-profit residential elder care facilities located in Jewish population centers in the United States. Before the pandemic, they all operated at close to full capacity; now, they are reported vacancy rates ranging from 15% to 35%.

One, Lions Gate in Voorhees, N.J., said it had not had a drop in interest, but rather an increase in inquiries.

Stuart B. Almer, president and CEO of Gurwin Jewish Nursing & Rehabilitation Center in Commack, L.I. said that colleagues in his network are reporting that the facilities they run are only half-full. The 460-bed facility he runs is 80% full.

Occupancy rates first fell because in the earlier days of the pandemic, many homes decided to stop accepting new residents, lest they inadvertently admit someone who had the virus, but no symptoms, said Martin A. Goetz, CEO of River Garden Hebrew Homes for the Aged in Jacksonville, Fla.

There’s been a slight rebound in admissions, but not a complete recovery, administrators said.

Before the pandemic, almost all of New Jewish Home’s 815 beds were filled, Farber said. In August, 20% were empty. Now, the vacancy rate is 13%.

Families are also worried about the happiness and peace of mind of loved ones living in a nursing home or assisted living facility during the pandemic, especially due to restrictions on visitation and movement inside the home.

At the William Breman Jewish Home in Atlanta, people fretted about the fact that residents had to stay in their rooms when Georgia went on lockdown, Bayer said.

“Families didn’t want to move loved ones in, because they believed there would be no social life,” she said, explaining that group dining and activities alleviate depression and dementia.

Homes’ finances are hurting because of the dip in residency rates.

Goetz, of River Garden Hebrew Homes for the Aged, said he has dipped into the home’s financial reserves in order to fund his operations. By the time a year is out, he’ll have withdrawn at least $2 million, he said.

The Sholom Community Alliance in Minneapolis has suffered a shortfall of $2 million in the last four months; each of its two facilities has a vacancy rate of about 20%.

Some facilities did receive government funding. Jewish Home Family in Rockleigh, N.J., whose occupancy rate is at about 78%, got $3 million from the Payroll Protection Program and $1.7 million from other federal sources, said Carol Silver Elliott, its president and CEO.

Gurwin got a $3.6 million grant from the Department of Health and Human Services.

“But that money can’t offset the loss of occupancy,” said Almer, its CEO. At Gurwin, the virus even forced administrators to consider cutting the facility’s kosher kitchen, although in the end they decided to keep it, said Almer.

“Our Jewish mission has not changed,” Almer said.

Of its 1,000 employees, Gurwin has made some layoffs and also decided not to fill some empty positions. They also reduced expenses by cutting employee benefits.

The Los Angeles Jewish Home in Reseda, Calif. is also considering cuts to its programs, said Dr. Noah Marco, its chief medical officer, who said has about 1,100 residents, 100 fewer than normal — and no new admissions planned.

“We are looking at short-term and long-term planning to make sure we remain viable,” he said, adding that the organization was also exploring partnerships with others to shore up services, if possible. “We are doing a comprehensive analysis of what we are doing well and what things we are not doing as well.”

Correction, Nov. 2, 1:14 p.m.: This article has been corrected to reflect the fact that Dr. Noah Marco’s title is chief medical officer, not chief medical director, and that Gurwin Jewish Nursing & Rehabilitation Center has 1,000 employees, not 100.