After fight with city council, Riga’s Holocaust museum lives to see another day 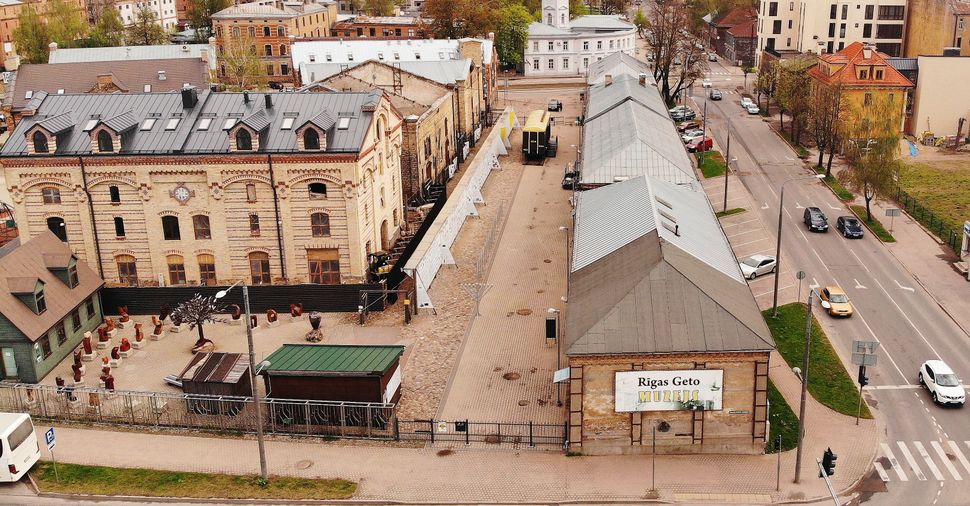 A Riga Holocaust museum has survived an attempt by developers to force it out of the city’s chic warehouse district, but must sign onto a compromise in which it gives up some land and might have to forego a planned renovation.

“In this sense, the decision on the fate of the museum is symbolic, it shows us the values of our society and authorities,” said Rabbi Dr. Menachem Barkahan, who founded and runs the museum. “The Holocaust was not only caused by those who killed; it happened with the tacit consent of the indifferent majority. I would like to hope that nowadays nothing like that is possible.”

The fate of the Riga Ghetto and Latvian Holocaust Museum had been uncertain since September, when the city council tried to use the renewal of the lease to revise its terms. Under the original agreement, the museum, a non-profit, pays no rent and only 10% of the normal property tax rate.

That new lease, according to a communication from the council that the museum shared with the Forward, would have enabled the council to seize control of the “Ghetto Street” — the museum’s signature exhibit. It also would have raised the rent to reflect its market value, a statement from the museum said. The museum is located in the city’s chic, gentrifying warehouse district, and the value of its property has shot up since its founding a decade ago.

According to Museum spokesman, Market value for for land is now almost $12,000 a month, a price they couldn’t afford; nor could it survive a move.

“The relocation of the museum would become an unbearable burden for us – in fact, it will mean the destruction of everything we’ve built so far,” said Barkahan in a statement.

The museum consists of nine exhibits, including the “Ghetto Street,” a stretch of block reconstructed using preserved stones from the original ghetto with a monument bearing the names of the 100,000 Jews killed by Nazis in Latvia. Three-quarters of them were Latvians, the rest from elsewhere in Europe.

Since 2010, nearly 200,000 people have visited, and the museum has released 47 publications — books and pamphlets — about the Holocaust and Jewish life in Latvia. 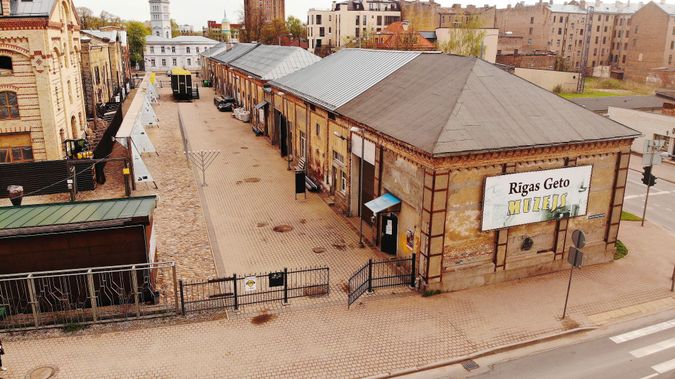 The ‘Ghetto Street’ exhibit and its wall which bears the names of the 100,000 Jews murdered in Latvia is one of the Museum’s prized features. Image by Shamir Association

Riga’s Jewish diaspora and its allies stepped in to help when they learned of the threat to the museum.

“We turned the world upside down,” said Aelita Fitingoff, a Latvian-born Jew and Yiddish musician who now lives in the United States, but returns to Riga once a year. “We organized our friends all over the world, and [the city council] received so many letters, from Israel, from Australia, From Ukraine, Canada and more. Calls and letters from private individuals, from officials, and chief rabbis.”

David Silberman, a Latvian-born Jew and president of the Jewish Survivors of Latvia association in New York, even reached out to Latvia’s prime minister, beseeching them to intervene.

“This would be morally repugnant, intellectually incomprehensible and, above all, an insult to the innocent souls who were recklessly murdered,” he wrote about the museum’s potential closure in a strongly worded letter.

A petition created in support of the museum also received over 3,000 signatures in a only a few days after it was created.

Now, the council has proposed a new agreement, which would maintain the rent and let the museum preserve the “Ghetto Street” exhibit in a new agreement which will go into effect in November if it’s approved by the entire council.

The museum must still yield 300 meters of land, which will complicate a hoped-for renovation, but Barkahan said he plans to try to make the project work, with the cooperation of the city government.

According to a museum spokesman, the council was under pressure from local business interests who wanted to develop the property.

The attempt to kick the museum off its land wasn’t in itself antisemitic, but did show indifference to the genocide of Latvian Jewry, the spokesman said.

However, the city council said it never wanted to destroy the museum.

“The Riga City Council has never intended to close the museum, even more, we have supported their work in all possible ways so far and [intend] to do so in the future,” it said in an email.

The city council has also denied that they had ever sent a proposal to increase the rent.

“There is not a Jewish family in Latvia who did not lose family, in the organized massacre [of the Holocaust]” Fitingoff said. “This museum has become an internationally recognized memorial, where people from all over the world come to pay tribute to the victims and walk solemnly along its ‘Ghetto Street.’”

After fight with city council, Riga’s Holocaust museum lives to see another day