Join these Torah study sessions for meaning, hope and an alternative to election-night doomscrolling 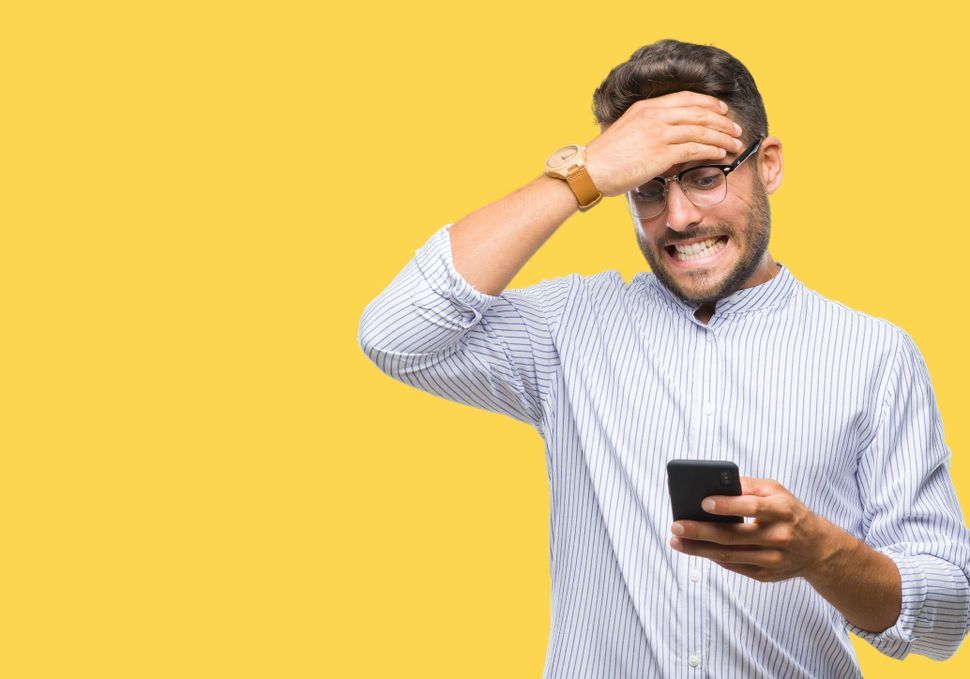 Storefront windows are being boarded up. The New York Times election needle of doom is back. On Election Day in 2020, the country is a ball of anxiety.

Jews know a thing or two about political anxiety. This year, to counter it, some are turning to Torah study and spirituality to give themselves something to focus on besides the returns.

“I said, ‘What am I gonna do, sit there and watch talking heads again?’” said Rabbi Irwin Zeplowitz, the leader of the Community Synagogue, in Port Washington, N.Y. “I just felt like I had to do something.”

Zeplowitz is leading a seminar Tuesday evening for his synagogue about Jewish values and elections. Normally that slot would be reserved for his Zoom class with the synagogue’s 11th- and 12th-graders. But he’s opened the class up to any Community Synagogue member looking for election programming that comes with a dose of Torah — and not a CNN “Magic Wall” in sight.

The first part of the program will focus on Jewish texts about participating in elections, such as this line of the Talmud: A ruler is not to be appointed unless the community is first consulted. (Brachot 55A, for those following along at home.)

“I’m gonna try and make the case that, at least for me, voting has become a sacred responsibility,” Zeplowitz said. That message, he added, is directed primarily at the high school students: “I’m trying to create a sense of mitzvah, obligation, for a lifetime.”

If you want to sign up for the events or view the resources below, just click the links below.

T’Ruah, the rabbinic human rights organization, has organized a “Tikkun Leil Election” — a play on the name for the traditional evening of study preceding the springtime holiday of Shavuot — to provide “spiritual sustenance” through what many expect will be a long, anticlimactic night, said Rabbi Jill Jacobs, T’ruah’s executive director.

The three-hour Zoom program, which requires pre-registration and is free, will feature speakers, musical performances and cooking demonstrations.

Michael Twitty, a Black and Jewish chef, will be prepping a lamb tagine, a dish he refers to as “Afro-Ashke-phardi,” to nod to Jewish history and his own heritage while encouraging calm.

“It’s all about delayed gratification, and patience, and deliberate action, all the values we need to embody right now,” he said. “We need to be real low and slow right now.”

B’nai Jeshurun, in New York, has several Zoom concerts and guided meditations planned throughout the day.

Jewish Voice for Peace, a left-wing group that promotes boycotts of Israel, will be running Zoom programming from eight a.m. to six p.m., (eastern time) for people in its network and anyone who needs to decompress for a few minutes or hours. Their Election Day Community Center will feature study sessions, panel discussions and a closing song circle.

The goal, said Rabbi Ariana Katz, a member of JVP’s rabbinic board and the founder of Hinenu, an independent Jewish community in Baltimore, is to blend Jewish spirituality with politics, even when the political atmosphere is extremely charged.

“Our Torah is inherently political,” Katz said. “Spiritual spaces will always be ones in which the reality of our lives, which we usually call politics, is our source text.”

Rabbi Avi Strausberg, the director of national learning initiatives at Hadar, an egalitarian yeshiva, based in Manhattan, created a source sheet for Jewish texts to study and consider Tuesday night or any time this week.

The texts, including a daily prayer and a Talmudic story, ask the reader to consider power and powerlessness, Strausberg said.

“People are really seeking Torah that is the Torah for this moment, Torah that speaks to that intense amount of anxiety that people are experiencing,” Strausberg said. On its website, Hadar has also made a playlist of Jewish spiritual songs, as well as of classes on basic Jewish concepts.

Strausberg, for her part, will be finding “Torah” in reading poetry by Adrienne Rich and Mary Oliver Tuesday night.

“I’m looking for that Torah of resilience and joy,” she said.

Join these Torah study sessions for meaning, hope and an alternative to election-night doomscrolling