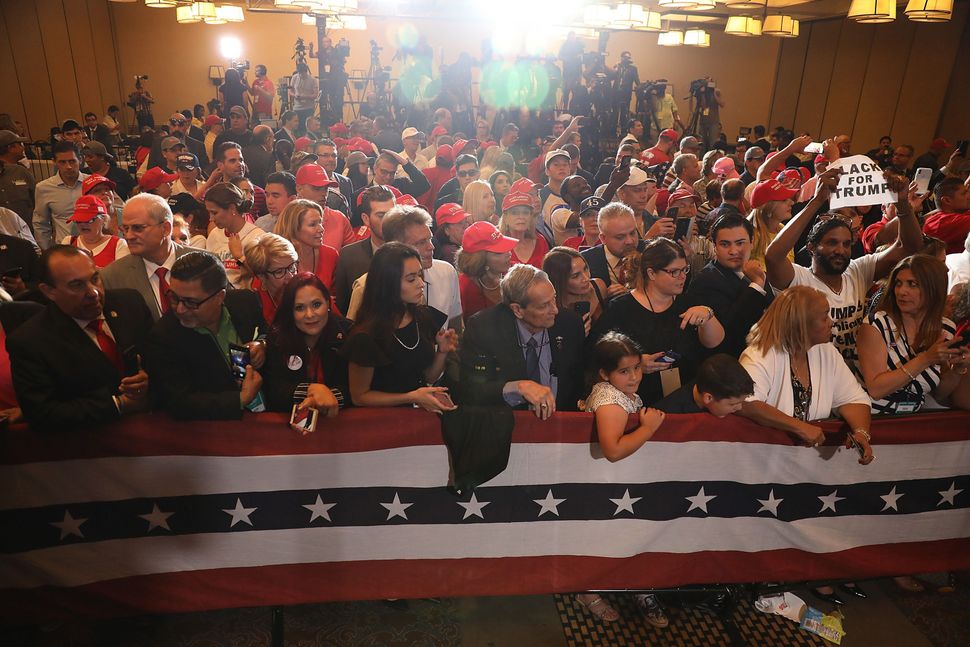 Mayer Fayes moved to the US from Caracas about 15 years ago, and became a citizen in 2012. He blames the ongoing misery and mismanagement in his native Venezuela on left-leaning dictator Nicolás Maduro and the late Hugo Chávez — and that’s one of the big reasons Fayes gladly gave his vote to Presidential Donald Trump.

He chose him in 2016 as well, and he wasn’t disappointed.

“Along came Trump and I liked everything he says, though maybe not the way he says it,” said Fayes, 41. “I think the guy is crass, he tweets too much, but I don’t really care about those things. All I care about is policy, and everything he’s done in terms of policy, I agree with,” said Fayes.

A CPA who lives with his young family in Miami, Fayes is a small part of the story of how Joe Biden lost Florida, a battleground state the Democrats had fervently hoped to win and, according to recent polls, once seemed to have been in reach. Instead, it was what Joe Garcia, former chairman of the Miami-Dade Democratic Party, is calling a bloodbath.

Most embarrassing of all, Biden significantly underperformed Hillary Clinton’s 2016 showing in Miami, with Biden securing just 53.3 percent of the vote compared to Clinton’s 63.2 percent. That’s because Trump’s targeted campaign of painting the Biden-Harris ticket as one that would make America slip towards socialism was convincing to a bigger-than-expected chunk of the Latino electorate, including tens of thousands of Jewish immigrants from South America and Cuba.

Even Trump’s hardline stance on immigration and frequent scapegoating of emigres from Latin America —an issue that cost him support in states like Nevada, Arizona and New Mexico — is not particularly off-putting to Fayes and many others in the Jewish Latino community.

Asked why, Fayes explained that he spent $50,000 on lawyers over several years to gain his citizenship as a professional. Having an MBA and a software engineering degree helped his case, he said, but he even had to return to Venezuela for a while to re-enter with a legal path to citizenship.

Although he doesn’t love some of the nastier rhetoric Trump has used, at root he agrees with the main message. “There are bad hombres who bring drugs and are rapists and coyotes. The way he said it was bad, but I understood the context immediately, and I couldn’t agree more,” said Fayez. “Trump wants a merit-based immigration policy and that is genius.”

In this same part of Miami that is a magnet for Jews from South America lives his sister-in-law, Patricia Halfen Wexler. They went to the same high school in Caracas, and eventually, Fayez married Wexler’s half-sister. But in the name of family peace, the one thing they can’t talk about is politics. Wexler, the managing director of Starlight Ventures, voted for Biden.

“Latino Americans are terrified of what are perceived as socialist policies. Also, being lax on the law is not good in the eyes of people coming from countries where the law is not respected,” said Wexler, referring to Trump’s portrayal of Democratic mayors being too laissez-faire towards the looting that occurred in some cities over the summer following the killing of George Floyd.

For people in the Jewish community, Trump’s stance as markedly more pro-Israel than his predecessors is “the icing on the cake, “ said Wexler.

“The Republican side did a very good job of hammering those issues home very deeply,” she added. “What’s really shocking to me is that if this is also a referendum on Trump as a leader, what he’s doing should also resonate and be troubling to people coming from those countries with dictatorships.”

In the weeks before the election, Spanish-language media in the Miami area has been flooded with stories about the Biden-Harris ticket harboring a far-left agenda. Images appeared around Miami of a hammer and sickle – the communist symbol – with Biden’s name under it. Several people found their WhatsApp accounts flooded with stories suggesting that Democratic elites are involved in pedophilia and sex-trafficking, essentially straight out of the QAnon playbook. One interviewee for this article said that when reading media in South America, conspiracy theories about liberal Jewish billionaire George Soros were common.

The perception created by disinformation was not necessarily that Biden himself is a socialist, but that he is “too weak to stand up to socialism,” said Carlos Odio, the co-founder of EquisLabs, a firm aimed at increasing civic participation among Latino voters. Part of the Trump campaign’s strategy was to paint the president as “a strongman fighting a culture war against the left.”

“Socialism is shorthand for a larger set of economic and social concerns,” said Odio.

And the people behind the baseless messaging about the Biden-Harris ticket wanting to legalize abortions five minutes before birth and a rumor that Biden would cancel Christmas if he were elected knew “the buttons that worked and kept mashing them,” said Odio. 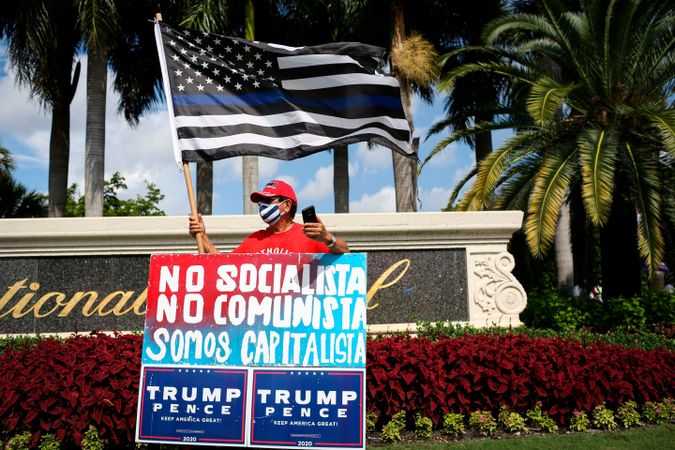 That disinformation circulated on social media, WhatsApp, and through popular conservative influencers like YouTuber Alex Otaola, and the claims were specifically designed to resonate with Hispanic voters in Miami-Dade county, said Odio and a disinformation expert, Massimo Flore.

“There has been a lot of misinformation flowing around in Spanish and there was a lot of pro-Trump support attached to it,” Wexler added. “They let it ride wild and there wasn’t much to counter it.”

Wexler is an independent and considers herself more of a centrist, which is why she initially supported Mike Bloomberg’s candidacy. Many Jews like her, she noted, are concerned about the Democratic party leaning further left on Israel, she said.

“Sometimes I do feel like the Democratic party is moving away from me,” she said, “If you look at the rhetoric of some of the people in the party on Israel, it’s concerning.”

Issues such as Israel as well as Trump’s framing of the Black Lives Matters protests as one of Democrats losing control or being anti-police are areas where Biden may have lost Jewish voters in Miami-Dade and elsewhere in the state, several voters said. While over three-quarters of American Jews voted for Biden, according to a poll , in Florida the pro-Biden margin may be smaller, according to some pre-election opinion polling.

Aside from a poor turn-out for Biden, Democrats lost two Congressional seats to Latino Republicans. Although this conservative trend is usually noted among Cuban-Americans, a well-established voting bloc in Miami, other Spanish-speaking groups say they easily get overlooked.

“If you put together all the Hispanics in South Florida, we are the majority, not the Cubans, and we are all different,” said Cecilia Tavera-Webman, an immigrant from Peru and a Democratic party activist involved in the party’s voter protection project.

Tavera-Webman has spent weeks trying to counter the misinformation about voting rights that has flooded into Latino neighborhoods. She found, she said, many instances of Trump campaigners acting in an intimidating way or giving out false information.

“They are loud, they are ugly, they threaten volunteers,” Tavera-Webman said. “We had one story of a voter who told us that people came through his neighborhood telling him that if he’s registered as a Republican, he had to vote for a Republican,” she said. Immigrants are by definition new to the US and thus, she added, “they don’t always know how the government really works.”

She said she argued vehemently, for example, with her doorman, an immigrant from Venezuela who said he was voting for Trump purely out of fear of socialism.

“I’m arguing with people left and right these days,” she said. “I tell them, ‘How socialist can the Democratic party be if I work hard and make a good living in real estate? Don’t you think I don’t like capitalism?’ But they have bought what Trump’s been selling and eating it up.”