She was counting ballots while people yelled ‘Stop the count!’ 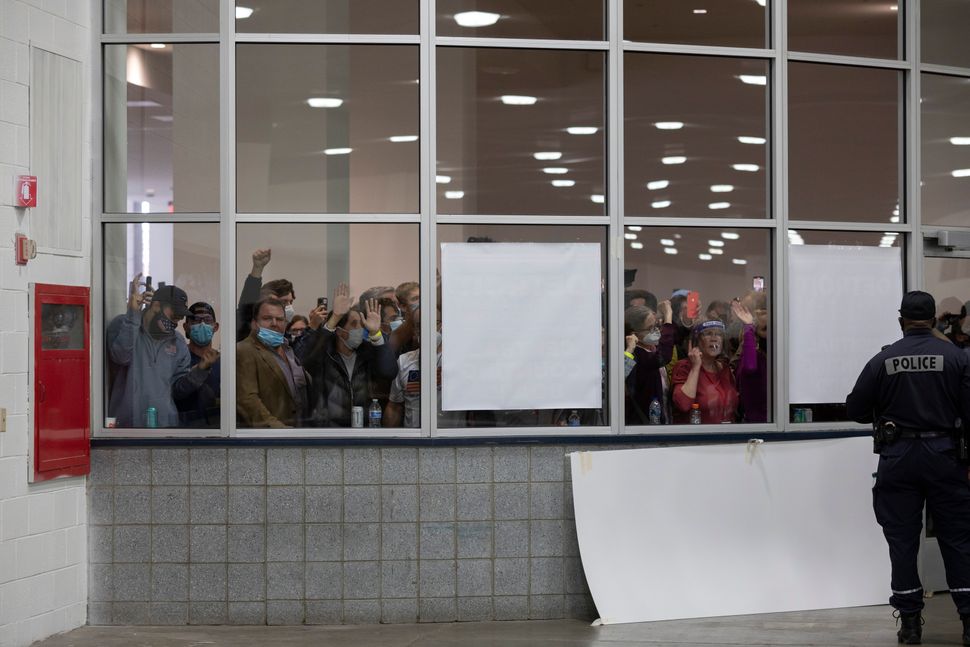 A crowd chants “stop the count,” and pounds on windows and doors to the entrance of the Central Counting Board in the TCF Center after partisan election challengers were told that the capacity for election challengers has been met on November 4, 2020. Image by Elaine Cromie/Getty Images

Jacqueline Dressler was hard at work counting Michigan voter ballots in a convention center in downtown Detroit when she heard commotion break out on the far side of the room.

“Stop the count! Stop the count!” she heard people chanting. She looked up and saw a group of people assembling together and pumping their fists in the air.

Police escorted the group of chanters out of the room, but the experience of working as a ballot counter in a battleground state for the 2020 presidential election left Dressler shaken, upset, and horrified.

Me after 18 hours spent yesterday counting the historic number of ballots in my beautiful city #Detroit as people banged on the windows, attempted to intimidate and harass us, and shouted “stop the vote.” We kept on counting. #DetroitSavedAmerica pic.twitter.com/KI4jFgw6bP

As President Trump and some of his supporters continue to make unfounded accusations of election fraud and poll station irregularities, Dressler’s first hand experience provides at least one very different point of view.

“We [the ballot counters] were there to do one job— to count ballots. But there we were looking for the closest exit.”

A Judaic Studies graduate student at the University of Michigan, Dressler felt it was her civic duty to get involved in the 2020 presidential election process— her Jewish values like tikkun olam also guiding her toward the decision.

So at 5:30 am on both Election Day and Nov. 4th, Dressler checked in at the TCF Center, and immediately got to work. Masked and socially distanced, she, along with four others on her “counting board,” sat at a designated table and began combing through Michigan voters’ ballots, meticulously inspecting and accounting for each one. 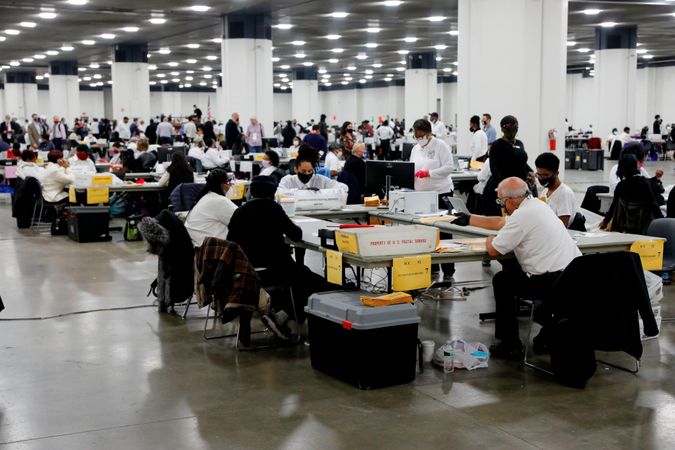 Between tearing the stub, checking for stray marks, rips, or tears, rolling it into the tabulator, and entering information into the computer, each ballot took between one to five minutes to process, and was touched by all five members of Dressler’s counting cohort.

“Each ballot was treated with an immense respect. There was this feeling of, ‘Whoever this person is, their vote will be counted,’” Dressler explained. “I felt in a way that we were safeguarding this process and protecting these people’s rights to have their votes counted. We all felt like this process was sacred.”

But Dressler’s enthusiasm was quickly stifled when she was met with adversity and harsh rhetoric from some of the designated poll watchers, or “election challengers,” specifically those who sported “GOP” stickers on their chests.

Meant to serve as observers to add accountability to the process, the challengers were given a set of rules to follow by the Michigan Department of State, Bureau of Elections and the Detroit Department of Elections: Stay six feet away from ballot counters, wear a mask, and act in an orderly manner, were among a few, according to Dressler. The rules were mostly upheld on Election Day, but on Nov. 4 when President Trump baselessly accused his opponents of fraud and questioned the legitimacy of swing-state election processes, including Michigan’s, things changed.

“There were challengers essentially breathing down your neck,” Dressler said. “10 of them would swarm our table if we needed to double check anything, even though it was made clear by the supervisors that only one person per party was allowed at each table. It was like sharks to blood in the water.”

Dressler described the rhetoric as intimidating and condescending. Although challengers were permitted to ask the ballot counters questions, Dressler said they spoke with an aggressive, antagonistic tone and demonstrated clear disdain.

“For the people on my board, personal politics didn’t matter. We were there to count votes and uphold the integrity of the process. It was the GOP challengers who wanted to make our personal politics an issue,” Dressler said. “They would continuously ask us what party we were affiliated with, and we ignored them. It was insulting they thought we weren’t able to count the ballots properly.”

In one instance, Dressler said a GOP challenger deliberately tried to distract and confuse the members of her counting board. According to Dressler, the man tried to make ballot counters “lose their cool or mess up” by asking multiple questions, and then scribbling in his notebook to make it look like something was wrong.

“He was trying to create the illusion that something had happened when nothing had,” Dressler said.

By afternoon, tensions erupted. In addition to verbal and physical intimidation— and the group of challengers being escorted from the building for chanting, “Stop the count!”— protesters outside began yelling and banging on the windows of the building, according to Dressler. She said the whole experience was terrifying. 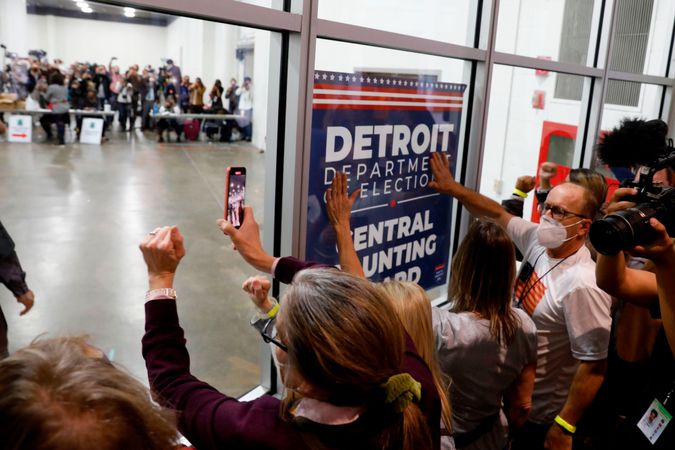 Supporters of President Trump bang on the glass and chant slogans outside the room where absentee ballots for the 2020 general election are being counted at TCF Center on Nov. 4, 2020 Image by JEFF KOWALSKY/AFP via Getty Images

When Dressler finally finished her shift and exited the convention center, she had texts and missed calls from friends and family, asking if she was safe.

“That should tell you everything,” Dressler said. “People are freaking out making sure you’re okay, and your job is counting ballots. I actually cried when I left.”

After a day of processing the events that played out, Dressler said she feels “heartbroken.”

“I’m deeply saddened by the events yesterday and what continues to play out because it seems incompatible with the country I thought I lived in. People literally died to give others the right to vote, and to see this process treated like that— it’s heartbreaking regardless of the outcome of the election,” she said.

But despite her unnerving experience as a ballot counter, Dressler said she feels unending pride for her city of Detroit, and pride in her Jewish values that inspire her to engage in the democratic process.

“Tikkun olam is the Jewish concept of making the world a better place; therefore voting and contributing to upholding democracy is, in a way, a Jewish value. When we see injustice happening in the places around us, it’s our duty as Jews, and just as humans, to do something about it. My hope is that the Jewish community continues to build bridges and participate not only in our own community, but by reaching out to other communities as well to make a positive change going forward.”

She was counting ballots while people yelled ‘Stop the count!’