When a Puerto Rican Jewish woman opens a colonial inn 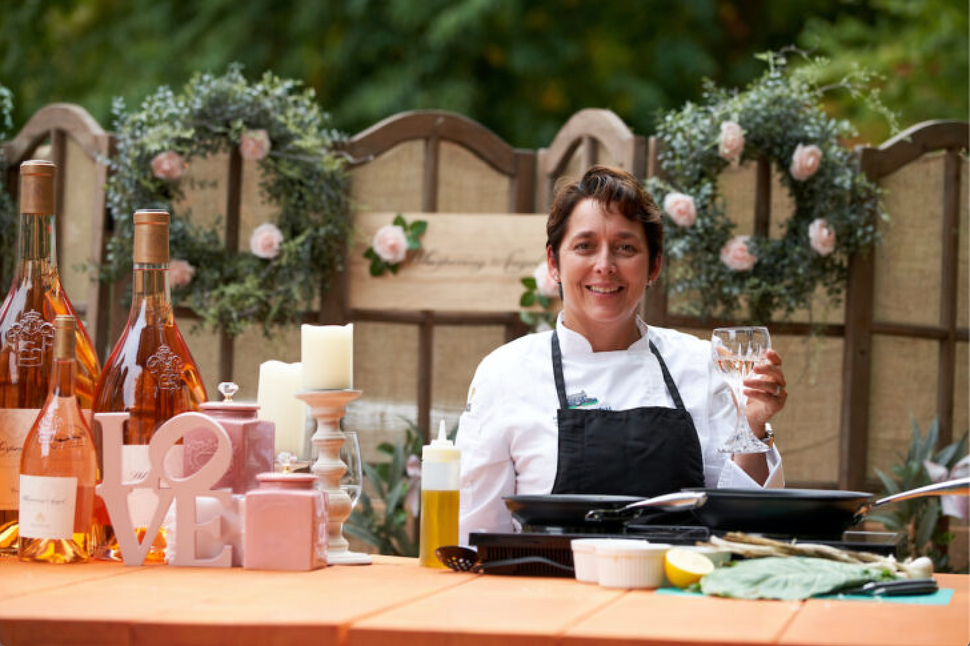 Trisha Pérez Kennealy is the force behind Lexington’s Inn at Hastings Park, one of the cutest hotels outside of Boston. It overlooks Lexington’s village green, and you really do want to don a tri-cornered hat and grab a musket every time you drive by. (Their restaurant, Town Meeting, also has amazing red flannel hash at brunch.)

Kennealy has an interesting background as a Puerto Rican Jew who spent her childhood in Puerto Rico and New York City before coming to Lexington. She went on to marry an Irish Catholic guy, , who’s now the Massachusetts secretary of Housing and Economic Development.

The 49-year-old mom of three chatted with JewishBoston about running a hotel in a pandemic (is anyone really traveling?), interfaith marriage and the importance of family traditions in bizarre times.

It actually goes back to the Bronx. My mom and dad met when they were 14 and 15, respectively. My mother’s family is originally from Russia. They’ve stayed in the United States since the early 1900s. And my father’s family is Puerto Rican, but my father grew up in the Bronx. My father converted to Judaism when he married my mother, and they were young. He was 20; she was 19. My father is very much a practicing Jew. I grew up going to Temple Emunah in Lexington, and now I belong to Temple Isaiah. I grew up in a Conservative shul, but now I belong to the Reform synagogue in Lexington. I’m a Puerto Rican Jew!

And then you married an Irish Catholic!

I really didn’t plan on falling in love with somebody who wasn’t Jewish. And then I went to business school and ended up falling in love with a classmate who grew up 10 miles north, in Reading. He comes from a very big Irish Catholic family, and we started dating—and then we broke up because, I mean, it was like three weeks in. We’re like, “We both feel really strongly about our religion.” That didn’t last so long, and we had a very frank conversation very early on about how neither of us was willing to convert, but we were willing to embrace each other’s religion. So, we choose to focus on what our religions have in common in terms of tzedakah, charity, making the world a better place, the humanistic side of both of our religions.

Back up: Was there pushback in your parents’ generation about a Puerto Rican marrying a Jew?

My parents got married in 1966. My mom’s grandfather was very active in the Jewish community in the Bronx. At that point, in the suburbs, the Reform movement was beginning to take hold, but my parents lived in the middle of the city, so there weren’t a lot of flavors of Judaism. It was Orthodox or it was not Orthodox. And you have to understand, it wasn’t just the Jewish side of the family that wasn’t so excited. The Puerto Rican side of the family wasn’t so thrilled, either. They were like, “What are you talking about?”

When they told my mom’s parents that they were getting married, my grandfather, Walter, said, “You have to go talk to her grandfather.” And my mother was the apple of my great-grandfather’s eye. She was the oldest of the grandchildren on that side of the family. And he basically said to my father, “If you do anything to hurt my granddaughter, I will be your worst nightmare. But if you love her and you take care of her, that works.”

My father really felt that he wanted his family to have one religion, and he went through a conversion, which at that time was pretty intense. People always assume that my father is not Jewish when I say that I’m Puerto Rican. And the thing is, my father was very involved at Temple Emunah when I was younger. He spearheaded one of the first renovations of the temple. And, again, what’s beautiful about my parents’ relationship is that they embrace those core values of being Jewish.

How does that apply to your own family, since neither of you converted?

My kids didn’t go to Hebrew school; they didn’t go to CCD. But we do talk a lot about religion. I think what’s really sometimes challenging for Mike and me is that they understand the humanistic side, but they don’t necessarily know the biblical footing or the Talmudic side. They don’t necessarily understand all the origins, but they get the endpoint, which makes me sad. I will be totally honest about that. But I also recognize, too, that when we lived in Puerto Rico, we didn’t actively go to the temple there. I was the one who chose to become more involved when we moved to Lexington. I became a bat mitzvah when I was 17.

One of the silver linings of the pandemic has been actually being able to participate via Zoom in some of these things. You should always make time for going to Shabbat services, but it’s not always so easy, right? If I’m going to Shabbat services, I’ll often go on my own or participate on my own. But in terms of the High Holidays and Easter and Christmas, we really try to participate as a family. I might mortify my 19-year-old by saying this: We usually go to 7 a.m. mass on Christmas Day. I went to wake her up and she’s like, “I’m Jewish this morning.” And I’m like, “You are not Jewish this morning. If you want to partake in the rest of the festivities that go along with this day, you need to begin by going to church because that’s the important part of this day, not the presents.” She was really little at the time, and we thought it was very cute, but we really try to make sure they understand the commonalities between the two religions.

What are those commonalities?

It’s our obligation to take care of one another, in the community sense; we have an obligation to leave this world a better place than when we arrived. We need to be compassionate toward our fellow human beings. We need to lead upstanding lives. We are an extremely blessed family, and that means we have been given so much that we have an incredible responsibility to give back.

Mike left a very successful career in private equity to go into public service, and people always ask me, “Are you surprised?” I’m like, “No,” because one of our first trips together was to Washington, D.C. We were there for one of the presidential inaugurations during business school, and Mike said to me, “I’m going to work in the private sector, but my ambition is to be in the public sector.” I think it’s really important for the children to see us live what we’re trying to teach them.

Food has always been my way of taking care of people, and issues of food security and access to healthy food are an incredible passion of mine. We do charity together as a family. This summer, the boys would go with me twice a week to the New Entry Sustainable Farming Project and pack food shares for kids in the Salem public schools. Judaism is very big on, “We lead by example. We teach; we show you what we’re doing so that you know how to do it.”

I love my Judaism. I love the history. I love the culture. I love what it stands for. But I am so confident in my belief that I’m very comfortable going to church with other people and going to other religious denominations and focusing on, “Oh, I get that. I see that. I understand what that means. That’s similar to what we do.” And that’s what I tend to focus on.

Any advice for interfaith families who are just starting out?

Embrace religion. Don’t run away from it. Don’t ignore it. Have the hard conversations about the things that are important to you in your religion: What does religion mean to you, and what do you hope religion is going to mean for your family? Too often, religion is used as an excuse to be divisive, and it really should be something that unifies. It is absolutely beautiful and inspiring to me that my husband’s cousin got married and danced the horah. My horah lasted for 40 minutes! We had a rabbi and a priest. That was a little bit cutting-edge in 1998.

I had a friend come up to me after my wedding, and she said, “I wish we had been courageous enough to tell our families that we were going to have a rabbi and a priest, that it was our wedding.” And you have to understand, some people are not going to be comfortable with it. You have to do a lot of explaining. You have to be patient. But if you’re inclusive and you share your love and your pride and you’re open and accepting of other traditions, it can be a really beautiful and rich experience for your family.

How has the hospitality business been during, you know, a pandemic?

It was incredibly difficult, obviously, to be closed for six months from a revenue perspective. We reopened in September. We led with the restaurant. And then we had a soft opening with the rooms, and it was a lot of repeat guests. We’ve had a good response on the room side.

We’ve reimagined dining at the inn. There’s space for 20 people out on our porch. In the dining room, we opened all the windows, and if it’s chilly, we’ll put on the fireplace. But there’s a lot of cross-ventilation. We only seat 24 people in that room, and it usually accommodates 54. And our cooking classes outside in the garden have been awesome. It’s so much fun just to be out there, to be outside.

My best friend is American but lives in Oslo. And in Norway, they have a saying, “There’s no such thing as bad weather, just bad clothes.” Everyone needs to embrace their inner Scandinavian. We have blankets, heaters, fire pits, hand warmers. Hey, I tailgate when it’s 20 below!

Kara Baskin is the parenting writer for JewishBoston.com. She is also a regular contributor to The Boston Globe and a contributing editor at Boston Magazine. She has worked for New York Magazine and The New Republic, and helped to launch the now-defunct Jewish Rock and Roll Hall of Fame. Email her at kara@jewishboston.com.

This article originally appeared on JewishBoston.comand has been republished with permission.

When a Puerto Rican Jewish woman opens a colonial inn