It began with books.

They had met, about 10 years ago, after Siegel, the longtime senior rabbi at the Conservative Anshe Emet synagogue on Chicago’s North Side, started an interfaith clergy study group. Harris, pastor of Brightstar Community Church in the South Side neighborhood Bronzeville, the predominantly Black South Side neighborhood where he was raised, joined the group. 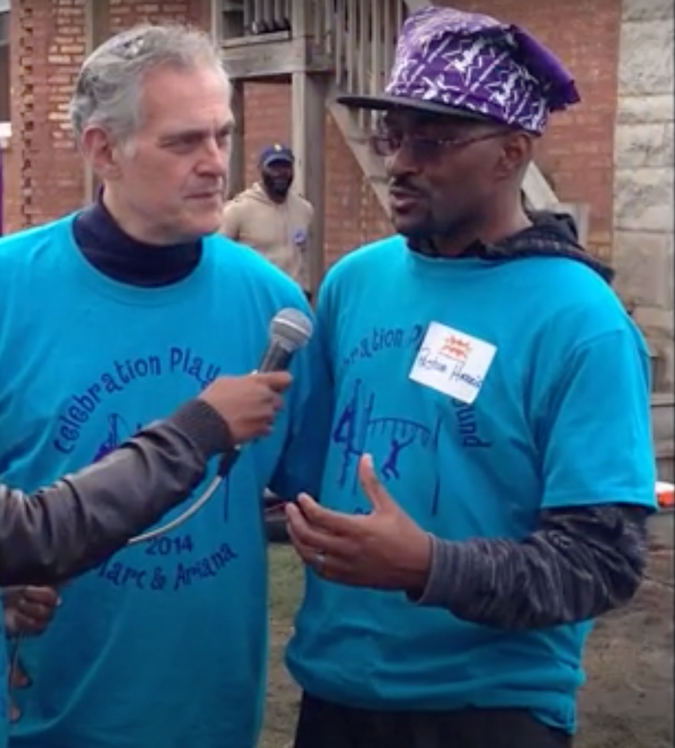 Along with the book exchange, the two men started regularly visiting each other’s communities. “I didn’t want to just talk,” Siegel said, “I wanted to have relationships that would lead to meaningful action, to get beyond platitudes.”

“A friendship and trust developed,” said Siegel, “and as a result, the conversations we were able to have deepened. We were able to talk about sensitive topics and ask one another hard questions.”

A murder, then a mission

Pastor Harris found what he calls his personal “calling to community action” after the 2009 gang-violence connected murder of high school student Derrion Albert on Chicago’s South Side.

“From that point, I felt that the faith community needed to do something to address this kind of violence,” he said.

In addition to his duties as clergy, Harris created the non-profit Brightstar Community Outreach (or, BSCO), 11 years ago. Brightstar uses innovative methodology, and a commitment to interfaith cooperation, particularly with the Jewish community, to repair and improve Black neighborhoods. He has worked to strengthen bonds between the city’s Black and Jewish communities, including with the many Chicagoans who identify as both Black and Jewish.

“Pastor Harris has a vision for what his community can and should be, and he wants to work collaboratively with all communities to try to create that,” said Skip Schrayer, chief executive officer of Associated Agencies, who has served as chair of the Jewish United Fund and is also chair at Brightstar Community Outreach.

After their book exchange, Harris and Siegel’s relationship blossomed into the kind of multifaceted partnership that both men see as a model for other communities nationwide, as racial and economic tensions continue to test Black and Jewish communities.

They shared pulpits at one another’s congregations, and held a mock seder at Harris’s church. Soon thereafter, they initiated inter-community programs. 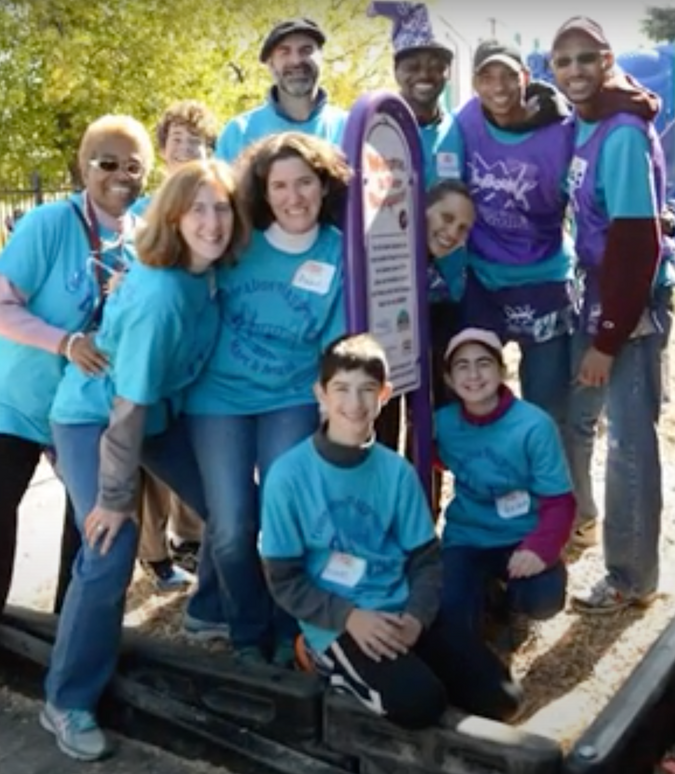 “It has to be tachles based,” said Siegel, using the Hebrew word for bottom-line. “There has to be a practical application of what we are doing. It can’t just be words, thoughts, and prayers. We have tried to build simple, meaningful ideas, and put them into practice.”

Many of those efforts have focused on young people.

In 2018, students from Anshe Emet Synagogue and Brightstar traveled together on a bus trip to the South called “Let’s Get Together: An Interfaith Journey Towards Justice.” They visited sites important to the civil rights movement, as well as the Holocaust-focused Paper Clips project in Tennessee.

The two congregations also started the YOU-Tutoring project in which teenagers tutor younger students between communities. In another project, Anshe Emet students marking their b’nai mitzvot passed on the traditional post-services party. Instead, they used the money that would have paid for the event — and crowdsourced more — to build a playground in the Brightstar community..

Harris explained that the emphasis on bringing young people together is rooted in his belief that differences between the Black and Jewish community are often a result of “third-party grudges.” 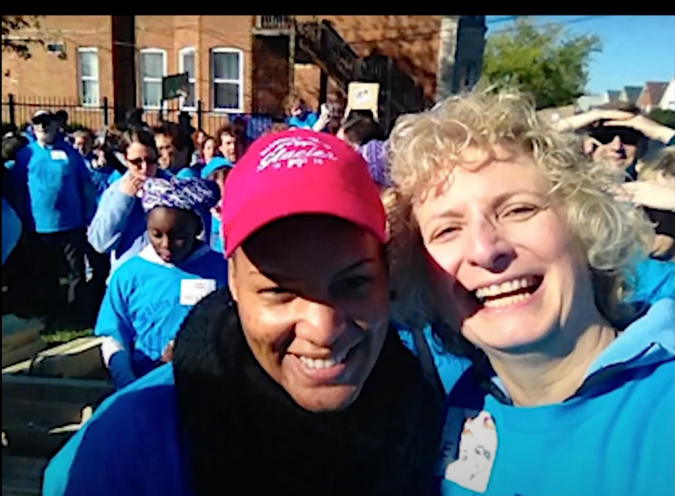 PTSD, from Israel to Chicago

The connections Siegel and Harris forged deepened further after Harris took a trip to Israel in 2012, sponsored by the American Israel Public Affairs Committee.

On that trip, Harris discovered NATAL, Israel’s terrorism trauma resilience treatment non-profit — and he brought NATAL back into his neighbrohood.

Harris said that those suffering from PTSD in his community are unlikely to seek out counseling due to lack of trust in the therapy system, financial barriers of entry, and the societal stigma associated with seeking mental health assistance. More often, they come to talk to faith leaders.

“So, the Lord gave me inspiration to identify, train, and certify faith and community leaders to provide trauma counseling based on the Israeli model,” Harris said.

Consul General of Israel to the Midwest Aviv Ezra met Harris when he arrived at his post in Chicago four years ago, and has been instrumental in developing the NATAL model throughout the Midwest.

“We want to look at this model in Chicago as something that can be duplicated,” Ezra said.

Programs in Milwaukee and Detroit are in their formative stages, according to Ezra, and Brightstar has an agreement with NATAL to replicate their program in 11 more states.

This year has tested Brightstar’s model, and stretched its resources.

The COVID-19 pandemic is affecting the Black community at a disproportionate rate. A 2018 BSCO study found 50% of youth respondents reported clinical levels of depression. Nichole Carter, Brightstar’s director of community strategy and development, said the pandemic has likely made that rate even higher.

After the killing of George Floyd in May, Brightstar joined forces with interfaith community leaders in staging large scale protest marches throughout the city; Siegel and hundreds of other Jewish community members were in attendance . Harris, Siegel, Schrayer, and Ezra have been in touch over the summer, and have continued to bring their community members to rallies hosted by BSCO and held throughout the city. They have worked together to transition the NATAL and youth programs to virtual programming.

The exchanges, even under 2020’s challenging circumstances, have given Harris hope for the future of interfaith cooperation in Chicago, and across the country.

“Here’s what I always say,” said Harris. “Keep inviting us to your Shabbat dinners, and we’ll keep inviting you to our barbeques. The African American community and the Jewish community have so much to share together, and so much to connect upon, and so much support to lend each other, that it’s a shame that we are not farther along in this conversation.”