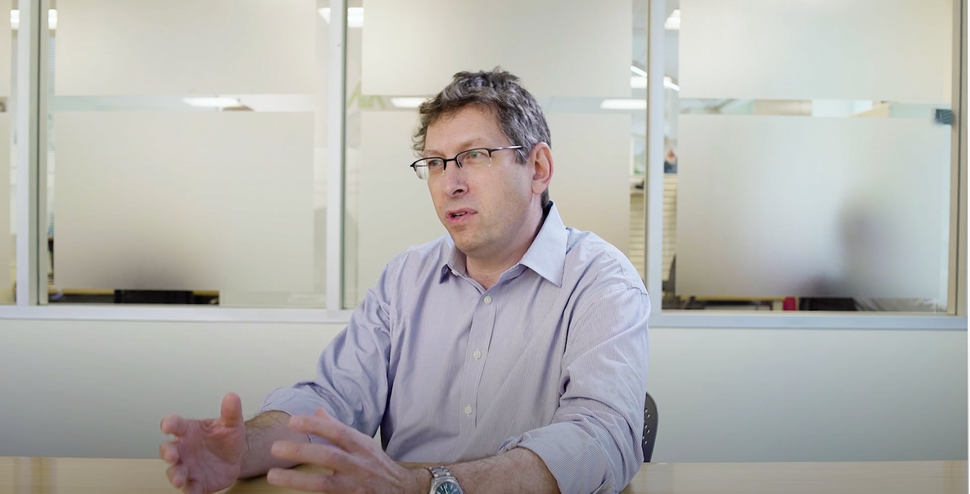 Dr. Tal Zaks in a video for Moderna Image by Screenshot/Youtube

By last spring Dr. Tal Zaks had a pretty good sense that the COVID-19 vaccine under development at the biotech firm Moderna would work.

It now appears he was right.

Zaks is Moderna’s chief medical officer, a native Israeli whose career in medicine has been immersed in drug discovery and development. On Nov. 16, the company announced that an experimental vaccine for the virus, which has infected more than 11 million people in the United States and killed more than 240,000, was 94.5% effective in preventing and fighting the virus.

The company said that once the federal government authorizes use it can distribute 20 million doses by the end of the year in the U.S. with up to a billion doses available for wider use in 2021.

“Very few people in their careers preside over something this momentous,” said Dr. Elliott Sigal, a biotechnology advisor on several boards, including a cancer research firm, Adaptimmune, whose board also includes Zaks.

The Moderna vaccine gives the United States a second front in its war against the worst pandemic in a century. A week before, Pfizer and its German partner BioNTech announced they have developed a vaccine that is 90 percent effective. Pfizer plans to sell 1.1 billion doses in the U.S., Canada, Europe and Japan through next year.

Other pharmaceutical companies are working on solutions for other parts of the world.

Moderna did not make Zaks available for an interview, but he has spoken to other media outlets about the company’s progress and expectations.

“Our first two vaccines started back in 2015 were against pandemic strains of influenza,” he said in a podcast interview with the digital news group Axios. “So we always saw this as a potential.”

As the first cases of COVID-19 were reported late last year, Moderna was well along in research aimed at a potential but still theoretical global threat. When the coronavirus migrated from China to the U.S. and other countries, he said, the company realized: “This is not a drill. This is live action here.”

Zaks, 54, was born to a mathematician — a former president of the Israel Mathematical Union — and a mother who was “your typical do everything for the kids, very socially outgoing, empathetic person,” as he told Michael Milken of the Milken Institute in a wide-ranging interview last spring. His mother, who is 80, still lives near Herzliya in Ra’anana, Israel, he told the Jerusalem Post last month.

“That home life – of such a depth, but two very different worlds between mom and dad – in a way set me up for how I think today and how I act in this translation of science to medicine,” he told Milken. 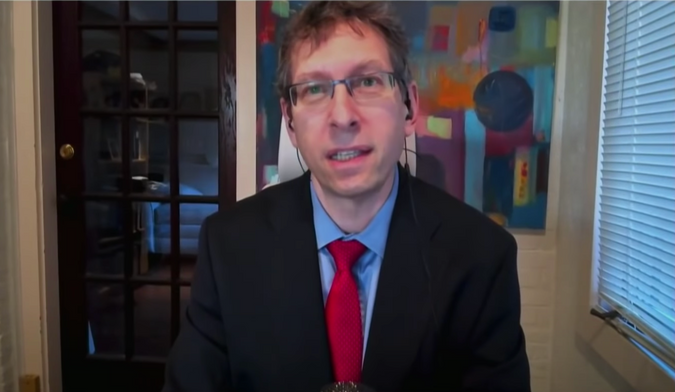 Dr. Tal Zaks in a remote interview with MSNBC on Nov. 16, 2020 Image by Screenshot/Youtube

Zaks received his medical degree and doctorate from Ben Gurion University and served in the Israel Defense Forces as a medic. He came to the United States to study tumor immunology at the National Cancer Institute, then completed his clinical training in internal medicine at Temple University Hospital followed by a fellowship in medical oncology at the University of Pennsylvania.

Moderna, based in Cambridge, Mass., is his third research company after positions at GlaxoSmithKline in the genetics research group and Sanofi as senior vice president and head of Global Oncology.

Zaks was drawn to Modern in 2015 by its mission to build a new class of medicine, infusing RNA with a set of instructions that directs cells in the body to make antibodies that prevent or fight disease.

That represented a change in drug development.

“It was no longer about how do I take this drug and make it into a cancer medicine,” he told Milken. “It was suddenly, if I could get this to work, what kind of medicines and vaccines could we make? For somebody who’s come to define their passion as translating science into medicine, this was a completely new and much more profound way of taking on that challenge. If we would be successful, it would have implications and impacts far beyond what I could envision at the time.”

If expectations are met by Moderna and other drug companies, the global benefits would be enormous. The virus has infected more than 54 million people worldwide and killed 1.3 million, according to the World Health Organization. With winter approaching, both numbers are increasing at a rapid pace.

Moderna is part of the Trump administration’s Operation Warp Speed, using nearly $1 billion from the U.S. government’s Biomedical Advanced Research and Development Authority and working with the National Institute of Allergy and Infectious Diseases, led by Anthony Fauci.

In September, as Moderna’s vaccine success appeared more certain, Zaks and two other researchers — Alexander Gintsburg, director of the Gamaleya Research Institute of Epidemiology and Microbiology in Moscow, and Shmuel Shapira, Director General of the Israel Institute for Biological Research outside Tel Aviv — were named No. 2 on the Jerusalem Post’s list of 50 Most Influential Jews of 2020.

Awards aside, the prospect of a vaccine saving and protecting lives is what drives him. That includes his mother’s. He had intended to see her at Passover this year, he told the Jerusalem Post. But the virus preceded traveling.