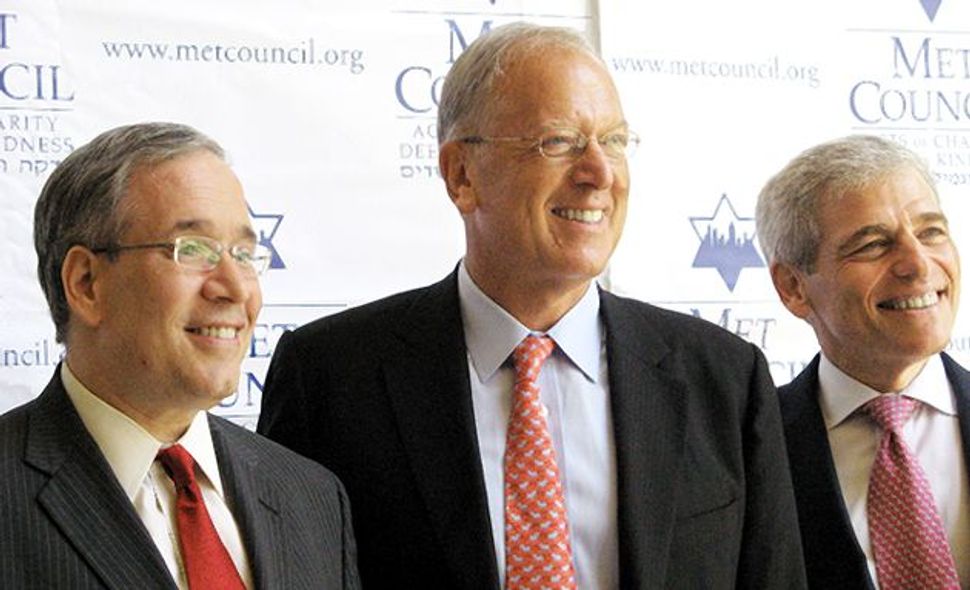 This story was originally published on Oct. 21 by THE CITY. Sign up here to get the latest stories from THE CITY delivered to you each morning.

Stringer sued after the mayor failed to respond to his demands to release emails, correspondence and assorted records related to how city agencies handled its preparation for the pandemic.

Back in May, Stringer’s investigators requested the records, but immediately encountered resistance from the city’s Law Department, which repeatedly set — and then missed — deadlines for sharing documents.

The last straw came this week when Stringer’s team was told they could expect to see the bulk of the material in April — just short of a year after his initial request.

“The city has stalled, delayed and stymied our work,” Stringer said during a news conference in City Hall Park. “I get what they’re doing. That’s why we’re in court. They’re slow-walking this. They don’t want us to do our due diligence. I really don’t know what they’re hiding, but I’ve had enough.”

“With every delay, with every obstruction and with every attempt to evade oversight, the city is denying New Yorkers the open and honest government they deserve,” Stringer added.

It marked the first time since both men took their current offices in 2014 that Stringer has sued de Blasio.

Stringer, who recently announced he’s running for mayor, is looking into how ready City Hall was when the virus struck in March. He also wants all the contract documents for COVID-related emergency purchases the city made without his usual oversight.

At the beginning of the crisis, de Blasio waived the requirement that the comptroller must register all contracts to speed up sometimes plodding purchasing protocols.

Last week, THE CITY revealed how the de Blasio administration mishandled a flood of $1.4 billion in medical supplies purchased during the early weeks of the pandemic, losing track of ventilators and protective gear while spending millions on surgical masks that turned out to be non-surgical.

Stringer called the findings “deeply disturbing,” and noted that questions about COVID-related contracts are a key reason for his investigations.

The comptroller’s bid to examine the city’s pandemic preparedness began May 12 with a simple request, but City Hall missed the June deadline to begin turning over materials. Days later, Stringer escalated his demands, slapping City Hall with subpoenas requiring officials submit the documents by July 31.

A day before the subpoena’s deadline, City Hall coughed up 124 documents from the Office of Emergency Management. Department of Law officials then began promising to respond by specific dates, but missed their own deadlines, Stringer said.

In October, the Law Department conceded it had not completed gathering documents from the Office of the Mayor, the city Department of Health and Mental Hygiene and NYC Health + Hospitals.

The Law Department couldn’t provide a date when it would meet its obligation to do so “due to the COVID-19 pandemic,” Julia Davis, director of the research and investigations unit in the comptroller’s office wrote in court papers.

No Health or Hospitals Info

The Law Department on Monday turned over 30,000 pages of records, but only from the Office of Emergency Management and the Fire Department.

Nothing, though, came from the Health Department or H+H — the two most crucial agencies during Round One of the COVID-19 battle.

“As we stare down a potential second wave [of COVID], this investigation has become even more vital,” Stringer said. “New Yorkers deserve to have all parts of government working together to make sure everything that’s being done is being done to keep us safe. New Yorkers deserve to know what we knew, when we knew about it and what we did about it.”

The lawsuit asks a Manhattan Supreme Court justice to order the city to provide the requested documents by New Year’s Eve. De Blasio’s press secretary, Bill Neidhardt, did not immediately respond to a request for comment on Stringer’s lawsuit.