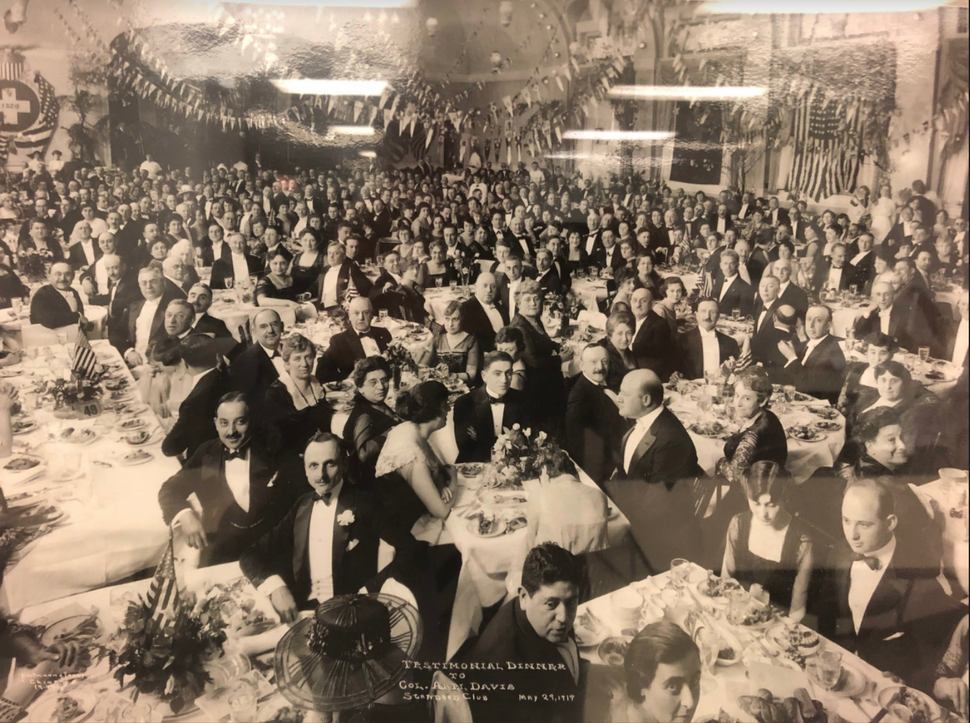 The announcement came in early March: The Standard Club, a nexus of Jewish life in Chicago for 150 years, would be closing its doors May 1 and its building, a 13-story, 1920s high rise designed by Detroit architect Albert Kahn, would be sold. Thanks to the coronavirus, the club didn’t last even that long. It shut down March 23.

Yet eight months later, some members continue to pay dues in the hope that the Standard Club can overcome great odds and unforgiving trends to become once again the place where accomplished Jews schmooze, dine, exercise and play a vital role in civic and Jewish life. 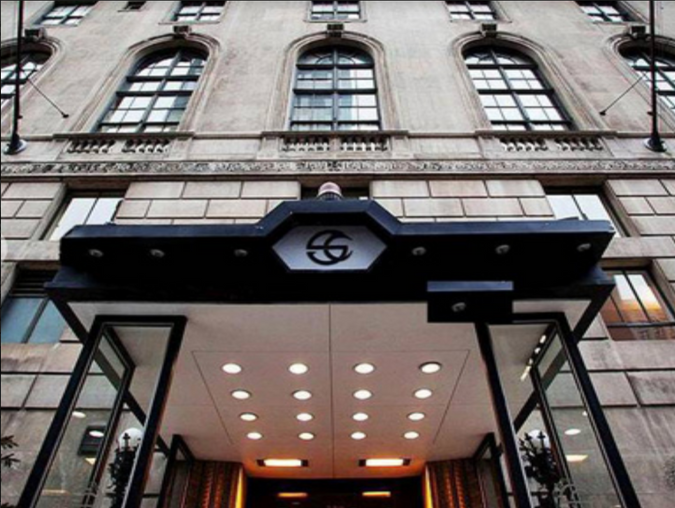 “It’s a closing of a building, not of a club,” said Alison Pure-Slovin, the club’s first and only female president (2012-15) and now Midwest director of the Simon Wiesenthal Center in Los Angeles. “We’re closing the bricks and mortar of it. We have not shut down the Standard Club. I’m still paying membership to it.”

“We can’t lose it,” agreed Jewish United Fund President Lonnie Nasatir, who has been involved with the Standard Club since he was a kid tagging along with his father. “It’s a Chicago institution and a Jewish institution. We don’t have many left.”

The club was a product of its time, and now may be a victim of it. Upon its founding in 1869, the Standard Club served many purposes for Jews who’d been excluded from the city’s other social clubs. In 1888 the club moved into revered architects Louis Sullivan’s and Dankmar Adler’s limestone-and-wood-trim building on Michigan Avenue at 24th Street. The Standard Club relocated to its current Loop home in 1926, after which the Adler-Sullivan building was demolished. The Standard Club’s Jewish professionals, mostly of German descent, gathered to share meals, play basketball, swim and plot out ambitious civic projects. Member Julius Rosenwald, who co-owned Sears, was the primary founder and funder of the Museum of Science and Industry. Max Adler, Rosenwald’s brother-in-law and a philanthropist in his own right, helped create the Adler Planetarium. Bulls/White Sox chairman Jerry Reinsdorf and Gov. J.B. Pritzker have been among the many accomplished members as well.

That’s ⁦@GovPritzker⁩ working the room at the ⁦@StandardClubChi⁩, where he’ll be speaking In a bit to his peeps—business leaders and members of the ⁦Economic Club of Chicago. pic.twitter.com/9ByMPMwPdX

Contributing to the community, pursuing tikkun olam, was embedded in the club’s identity. The membership committee turned away applicants who lacked a record of charitable contributions. “They understood the value of giving back to the community and being part of Chicago but also being part of their Jewish heritage,” Pure-Slovin said.

For many years judges were offered free membership. Julius Hoffman, who presided over the Chicago Seven trial down the block from the club, was one of them. As one member recalls, a liberal club member began inviting Abbie Hoffman and his fellow defendants to enjoy lunch each day near the judges, and the defendants took the opportunity to razz Hoffman. Eventually the member was instructed to stop bringing them or else lose his membership. Thus ended the Chicago Seven’s lunches at the Standard Club.

Nasatir, now 51, began playing in the club’s multigenerational basketball games with established power figures when he was a 23-year-old lawyer, and he continued doing so as he became a prosecutor in the State’s Attorney’s office, ran a state agency, served as Upper Midwest director for the Anti-Defamation League and became Federation president.

“I would come 15 minutes early for my lunches and just work that lobby, talk to people, schmooze, give hugs,” Nasatir says. “I loved it. For me that was part of my job. There really isn’t a substitute for that anywhere else in the city.”

In 1917, another social club, the Covenant Club, opened in downtown Chicago to welcome Jews of Eastern European descent. As Chicago Sun-Times columnist Neil Steinberg put it earlier this year: “To prove that Jews could be as snobbish as anybody, [the Standard Club] performed the neat trick of being the rare Jewish organization that discriminated against Jews. Founded by German Jews, so proud of that apex of refinement and civilization, Germany, The Standard Club initially barred their embarrassing, unwashed Eastern Europe brethren.”

The two clubs were rivals until the Covenant Club closed in 1986, by which point the Standard Club was welcoming members of diverse backgrounds. It’s worth noting that when the Covenant Club announced that it would vacate its downtown building, it maintained that it would continue to exist in a more modern facility. As the club’s director told the Tribune in late 1985: “The club will not cease operations. We`re merely selling our real estate … and looking for another clubhouse.”

The club did cease operations. 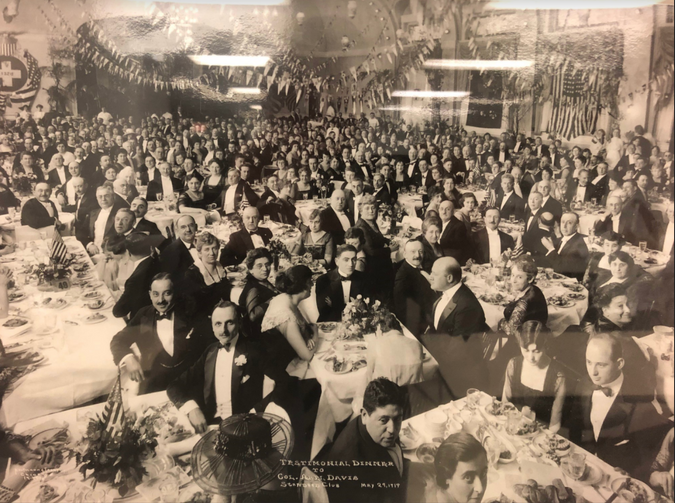 The Standard Club now faces a similar situation. The ornate building is old and dark, with facilities that most agree need upgrading. The club’s heyday came when the Loop lacked the current bonanza of lunch and dinner options, but its location has become a liability: a tiny side street with no parking aside from an expensive valet when much of the downtown action—in terms of offices and retail—has moved to the east, west and north.

The relatively shiny East Bank Club, a massive 40-year-old fitness center located on the north side of the river, is the more popular upscale exercise destination for Jews and non-Jews alike. It hosts its share of bar/bat mitzvah parties too, though an athletic club is unlikely to replace the Standard Club as a home for life-cycle events. Nasatir proposed to his wife at the Standard Club, they got married there and hosted their daughter’s bat mitzvah there.

“This was a huge part of my life, so when the club started having its difficulties, it was like sticking a dagger in my heart,” Nasatir says. “Toward the end you saw that less people were going to lunch. Even the [basketball] game began to dwindle in numbers. It was a slow burn.” 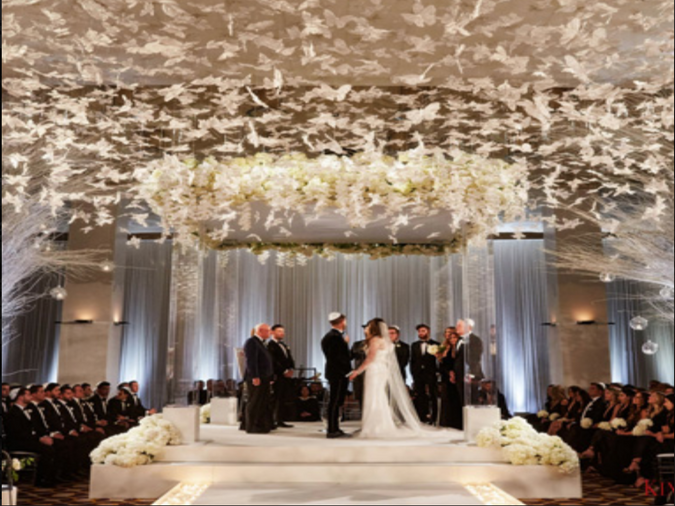 Like many cultural institutions and religious organizations, the Standard Club has felt the impact of younger generations preferring to take an a la carte approach to experiences rather than committing to memberships. Multiple Standard Club members also mentioned that the organization was hurt by the Tax Reform Act of 1986, before which dues had been deductible, and law firms and other businesses were more likely to underwrite partners’ memberships.

Another venerable club, the Chicago Athletic Association on Michigan Avenue, suffered a similar decline and closed in 2007. That building now houses a boutique hotel.

The Standard Club looked to be traveling down such a path when it announced that its building would be put up for sale and its valuable art collection would be auctioned off. Those transactions, however, have yet to happen.

Count Nasatir among those who hopes that when the pandemic has passed, the Standard Club will remain standing in some form or other.

“Who knows what the Loop is going to look like in a year?” Nasatir said. “Even if we don’t come back to normal, there’s never going to be a lack of people wanting to be together. Especially in the Jewish world, we live for being together, for being heimishy and giving each other a hug. Even if the business landscape changes, there’s still going to be a need to have a place for people to come together on a personal level and professional level and break bread and enjoy simchas.”

Ed. Note: This story was altered to include the fact that the original Standard Club building was designed by Dankmar Adler and Louis Sullivan.