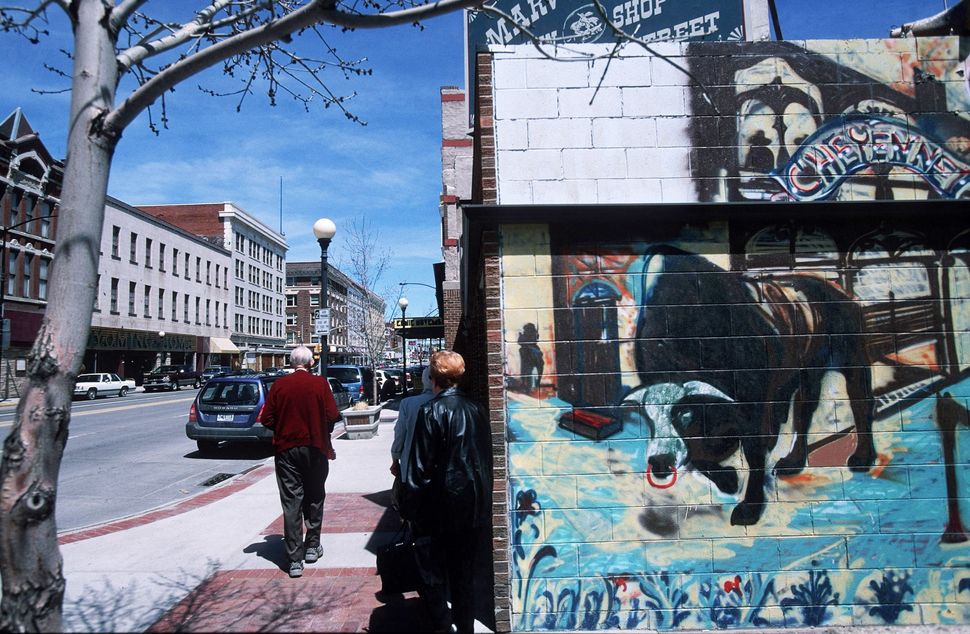 When Cheyenne, Wyoming’s only synagogue began its nationwide search for a religious leader to replace its beloved rabbi, Larry Moldo, who passed away last year, some of the applications that came in were…interesting.

In addition to the 22 or so resumes from qualified rabbis, rabbinical students and cantors, came resumes from a forklift operator, a Starbucks barista, and — believe it or not — a Christian pastor, according to a bemused Dave Lerner, president of Mt. Sinai Congregation. 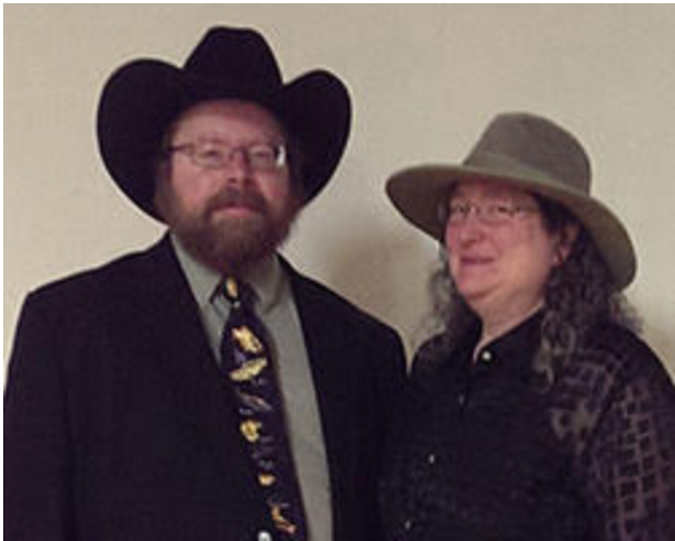 Having a sense of humor is a must for congregational leaders, especially in these uncertain times when the world faces the worst health crisis in more than a century. Leading Mt. Sinai, though, presents its own set of unique challenges. For one thing, Moldo is a tough act to follow.

Moldo was a “wonderful man,” well-liked by both the Jewish and non-Jewish community during his six-year tenure at Mt. Sinai, according to Lerner.

He was regularly featured in local media explaining Jewish holidays and often spoke at local churches. The rabbi also served as president of the Wyoming Interfaith Network and the Cheyenne Interfaith Council and served on a local homeless shelter board. During Cheyenne Frontier Days celebration of all things cowboy, Moldo got into the spirit and donned a ten-gallon hat. His wife, Andrea, sold 1,000 hamantaschen for the synagogue.

According to Lerner, when the rabbi developed cancer, the Jewish community raised money for Moldo to help with his medical bills.

“He let us know when he was first diagnosed,” Lerner said. “He initially thought everything would be fine, but cancer is cancer. Unfortunately and tragically, it took him from us way too soon.”

Lerner notes the congregation of about 50 can only afford to hire a part-time rabbi or cantor, so anyone coming to Cheyenne will need to find another job. Moldo also taught at a local community college, though according to Lerner, he was always available when needed. 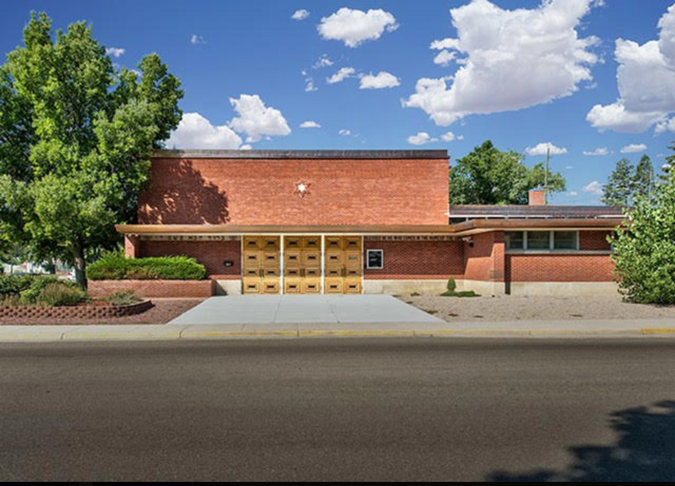 Mt. Sinai prefers that the applicant resides in Cheyenne in case of an emergency. He or she would also be one of a handful of Jewish clergy in the state of Wyoming. Another Wyoming Rabbi, Zalman Mendelsohn of Chabad Lubavitch, of Jackson, finds much about the state to like.

“In a short period of time, everyone gets to know each other,” he said. “You get to know all of the important leaders. They are very accessible. You wouldn’t have it in other, larger states. The challenge is we don’t have much infrastructure.

Mendelsohn is planning to build a synagogue in Jackson on a property he’s acquired.

“You have to adjust to some things in Wyoming,” Lerner, who grew up in New York City. “We don’t have traffic or long lines.”

To be sure, the community has its share of cultural activities, including a symphony orchestra and a theater along with restaurants. Denver is a two-hour drive away for the truly adventurous.

The history of Cheyenne’s Jewish community dates to the founding of Wyoming’s capital in 1867 as a terminus of the Union Pacific Railroad, one the builders of the Transcontinental Railroad. 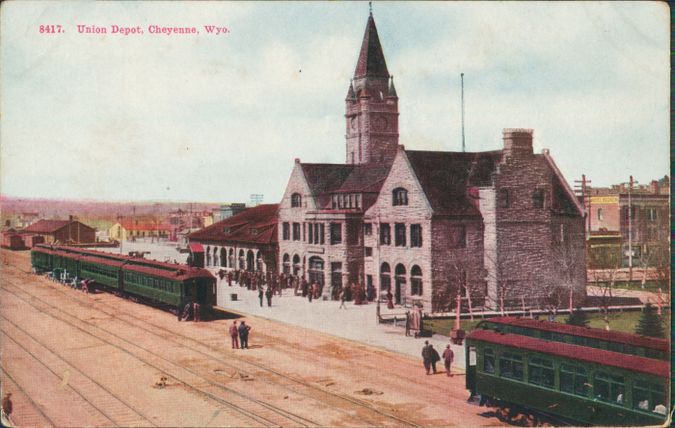 Cheyenne boomed quickly. By 1868, there were 5,000 residents, many of them railroad workers. The town earned the nickname “Hell on Wheels” because of its well-deserved reputation for violence and lawlessness. A local newspaper even had a feature on the previous night’s shootings, proving that the term “Wild West” had some basis in reality.

“When the workers received their pay, they would often need a place to blow off steam,” according to the National Railroad Museum. “In these makeshift towns, workers found the relief valve they were looking for in the taverns and brothels.”

Two of Cheyenne’s first settlers were German Jewish merchants William Myers and Max Idelman, who were fleeing religious persecution. According to Mt. Sinai’s website, one of its predecessor congregations was incorporated in 1888 and hired student rabbis to lead services that year for High Holy Days. A wave of immigrants came to Wyoming from Eastern Europe in the early 20th century, fleeing pogroms and other forms of antisemitism. Mt. Sinai began in 1910 after existing Orthodox and Reform congregations merged.

“There’s been an ebb and flow in the Jewish community in Cheyenne for over 100 years, but it’s always maintained its presence and strength more or less,” said Penny Wolin, a photographer who grew up in Cheyenne and now lives in California and is author of “The Jews of Wyoming: Fringe of the Diaspora.”. “Moldo saw what the community wanted and nurtured it.”

Mt. Sinai isn’t affiliated with any of Judaism’s movements. That way, said Lerner, all Jews feel welcome, including intermarried couples and LGBTQ members. The synagogue also has a mikvah or Jewish ritual bath and provides religious instruction. It also has the only “certified” Jewish library in Wyoming.

“We probably wouldn’t be a good fit for an Orthodox rabbi,” Lerner said.

Lerner, Wolin and Mendelsohn say they haven’t experienced any severe antisemitism in Cheyenne. While researching her book, Wolin said she heard a story about the Klu Klux Klan trying to recruit a Jewish resident as a member.

From time-to-time, the three meet Wyoming residents who have never spoken to a Jew.

“They are curious and are interested in learning,” Mendelsohn said.

Lerner’s wife Laurie did a Hanukkah presentation to local schools for years. Non-Jewish friends of his children were regular fixtures at Pesach seders.

Having a rabbi back at the helm of Mt. Sinai, even part time, will no doubt improve Cheyenne’s Jewish life, and swell the town’s Jewish population. Lerner said that the search committee is currently reviewing the applications — from Jewish clergy — and expects to hire a new spiritual leader next year.