Love in the time of COVID? It happened for these couples 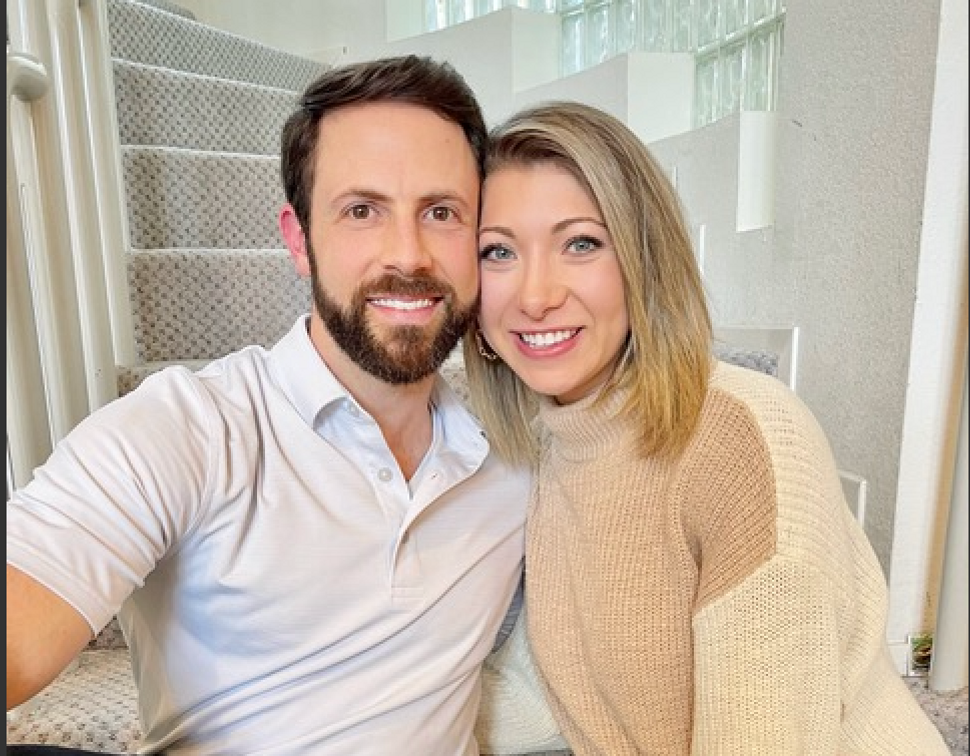 Dinah Jacobs’ and Larry Castle’s love story began in March, and by Rosh Hashanah, the two were engaged and living together. Lynn Kantor tried dating long distance, then decided her now- boyfriend, Danny Williger, was someone she could trust to include in her family pod. Alexa Bardov adopted a dog, then found her new boyfriend, David Lisch, on J-Swipe, and moved in within three months.

Jews of all ages are part of the interesting social experiment that is pandemic dating. Jacobs and Castle are in their 70s, Kantor and Williger in their late 50s and early 60s, while Bardov and Lisch are millennials. But they all have new relationships on a fast-track to long-term commitments: meeting parents, moving in together and even getting married. 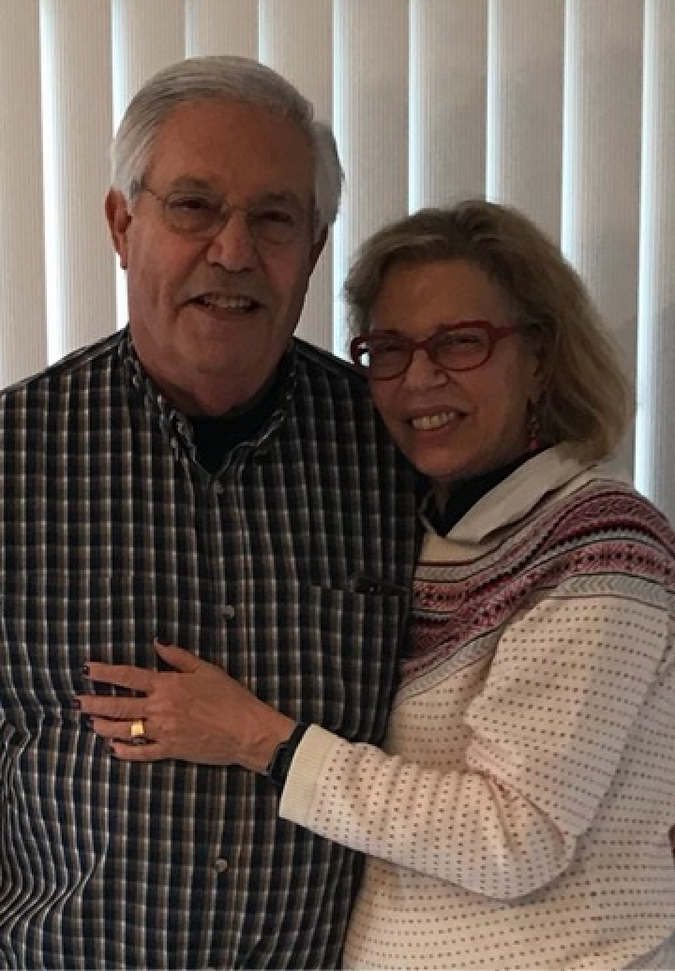 Castle met Jacobs during his first day on JDate.com, and it was fate: the two lived just five minutes away from each other in Glenview, Illinois. For all that they knew, they could’ve shopped at the same grocery store.

“A lot of people have said, ‘Why don’t you just live together?’” Jacobs said. “Why go through this bother? But to us, real commitment means marriage commitment.”

Jacobs tears up just thinking about the night Castle got down on one knee just before lighting the candles for Shabbat and Rosh Hashanah, saying that he didn’t want to start the new year alone. But there was a reason for that: both are widowed. Jacobs lost her husband three years ago, while Castle lost his wife two years ago. Going through the pandemic alone was daunting to both.

“I needed to be with someone who needed someone to take care of them,” Castle said. “And maybe that was my feeling with Dinah. Dinah was alone.”

But COVID-19 has forced Jewish singles not to just think about finding someone who shares the same religious beliefs or customs, but also finding people who are equally as cautious when planning on meeting in person adding them to their pod. 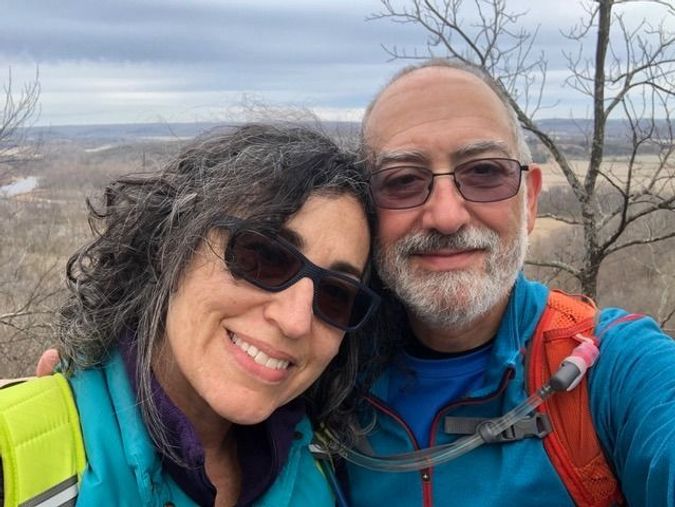 Lynn Kantor, a realtor who lives in St. Louis, spent the first four months talking on the phone with a man she had matched with on match.com in Kansas City. The two only met once in person and ultimately didn’t continue the relationship because Kantor felt the man had too much exposure to the virus. He had a 16-year-old daughter who was still having sleepovers, and he socialized with several family members who were seeing others frequently.

Kantor, 59, lost her former sister-in-law to the virus in April and has restricted her pandemic pod to family members, including her father, who is in his 90s, and a son and daughter who live in town.

“I’ve long said there needs to be a rating system on match.com, so everyone knows just where each other stands,” Kantor said, speaking about the virus. “Are you a ‘five?’ Like… you go to bars or you’re a frontline responder or are you a ‘one,’ where you don’t do anything. You order from Instacart instead of grocery shopping and only see people outside?”

Kantor met Danny Williger, 63, a month ago for a walk after talking on match.com. The two went on walks until Williger wrote a letter to Kantor’s family, asking for permission to join their pod.

“And then I put that Lynn was the kind of person that I’m looking for. I was attracted to her from the first time that we talked on the phone. And when you meet somebody that you really like, you do what’s necessary to make things happen.”

The family agreed to let him in on the condition that he didn’t shop in grocery stores and that he give up his cycling group, where it was too uncomfortable for his friends to wear masks on 50-mile bike rides.

Williger recently retired as a marriage and family therapist. He said that while he hasn’t dated in 12 years, he can tell that the pandemic allowed him to get to know Kantor in a different way.

“I think that it is different because you’re not going to a movie, we walk and talk about things and you’re far more focused on conversations and shared activities,” Williger said. “There is this increase in sort of immediate intimacy, but there is an inhibition of social validation and social contact.”

The increase in one-on-one time is what accelerates relationships during the pandemic. That social interaction is especially prevalent in younger couples without children. They’re used to having more social validation when they’re dating someone new, taking their new boyfriend or girlfriend to bars, parties and on trips to meet their friends and see how they interact.

But in a pandemic, those outings are put on hold, unless in an outdoor setting. 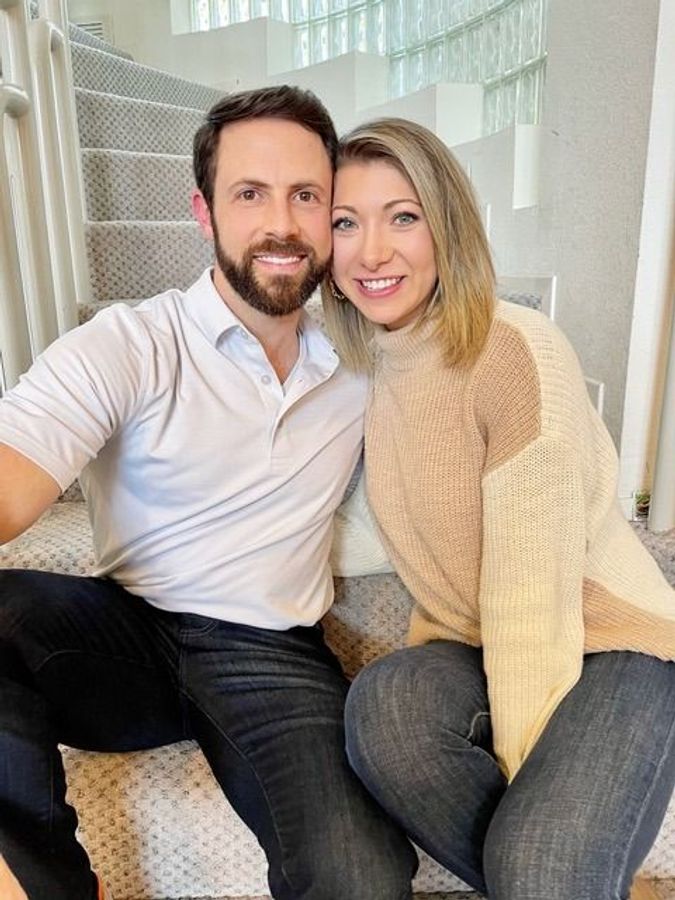 Bardov broke off a relationship in April, adopting a dog named Charlie to be her companion. But her friends told her to try the apps J-Swipe and Coffee Meets Bagel after a few months. (Despite ‘bagel’ in the name, Coffee Meets Bagel isn’t a Jewish dating app, Bardov realized.)

A glitch in the app allowed Bardov to match with Lisch, who is 10 years older than her. She was skeptical, saying he “texts like he e-mails” and seemed too “grown up.” But he was someone she never would’ve met otherwise. While both graduated from the University of Texas, involved in Jewish Greek life, they had very few mutual friends.

She went on two picnic dates, one being with Lisch, who brought a cheese platter, crackers and light bites to Reverchon Park, right outside of her apartment in Dallas, Texas, just so she was able to carry her new puppy. The two met again the next day, and twice the week after.

Bardov and Lisch spent most of their time going on walks, or going over to each other’s apartments to cook dinners or work from home during the day. Lisch also has a boat on Lake Lewisville, which meant they could have some friends with them outside on the lake.

Within two months, Bardov’s lease was due to expire, and Lisch was also in the market for a new apartment when he brought up the idea of moving in together.

“It was really fast because we obviously didn’t really know each other yet,” Bardov said. “But I feel like we did for the most part because everything moves really fast.”

Lisch said they got a two-bedroom apartment, which gives them more options for office space.

Bardov’s job might be remote permanently, while Lisch goes to the office three to four days a week. But Lisch opts to work from home with Bardov at times when work allows, so they get more time together and to look after Charlie, the dog.

So far, they aren’t sick of each other, despite the pandemic tearing apart couples who do spend so much time together. The transition to a new normal, whenever that may be, isn’t a concern either.

“If I have to go in the office five days a week or she has to go into her office, the only real concern would be the dog,” Lisch said.

All three couples have also found that their religious practices heightened during the pandemic.

Castle and Jacobs planned their wedding on a Tuesday in June, which is the third day of creation in Genesis, the day earth, sea, trees and vegetation were created. It’s the only day in which God says twice in the Torah, “And God saw that it was good.”

Williger hadn’t dated or been married to a Jewish woman. He hasn’t set foot in a synagogue in over 26 years, but says it feels like “coming home” to be with Kantor, eating Jewish foods and celebrating the High Holy Days.

While Bardov and Lisch both grew up in Jewish households, Lisch fasted for the first time since his bar mitzvah while living with Bardov.

“It’s just stuff like that that provided so much value to me,” Bardov said. “He did it for himself, but he also did it because he wants to have that Jewish life with me.”

Love in the time of COVID? It happened for these couples