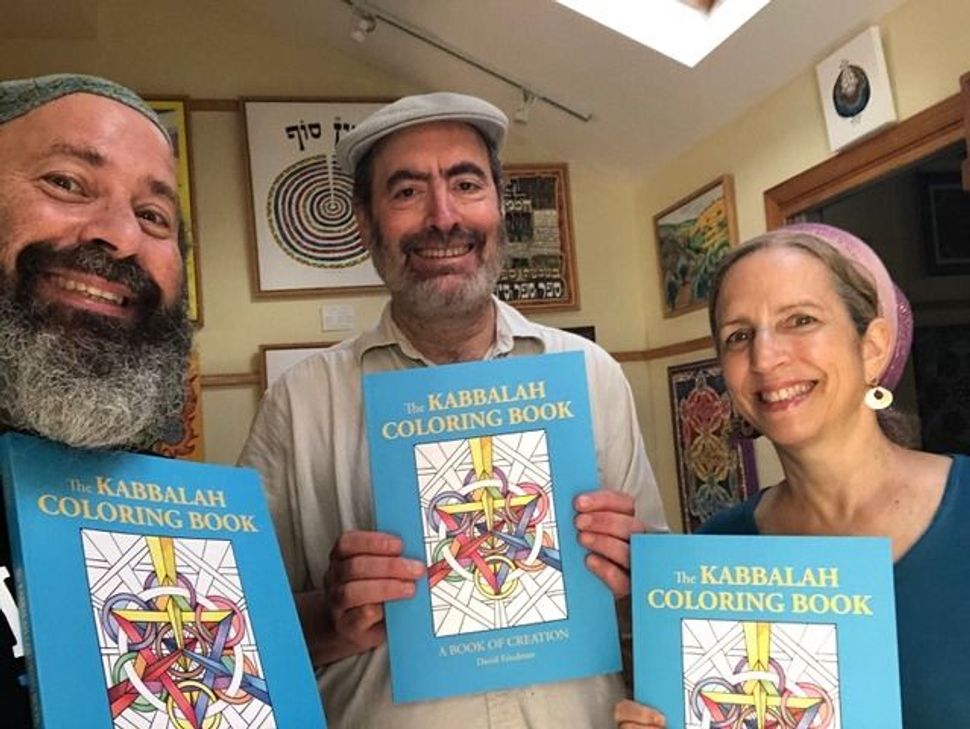 The complex teachings of kabbalah can take years to learn, much less master. Why not start by coloring them in?

Tzfat-based artist David Friedman has translated his vivid, psychedelic depictions of Jewish mystical teachings into the hipster diversion du jour. Imagine if the psychedelic poster artists from the 1960s and 70s had gotten really into Judaism instead of the Grateful Dead — Friedman’s art would be what they came up with.

“The Kabbalah Coloring Book: A Book of Creation” is now available in some Judaica stores and through the book’s web site.

With mystical themes depicted in bright colors, it can only be described as trippy, and that’s not an accident. A depiction of the Tree of Life instructs colorers to use bright colors, as the image is loosely based on a Grateful Dead album cover. 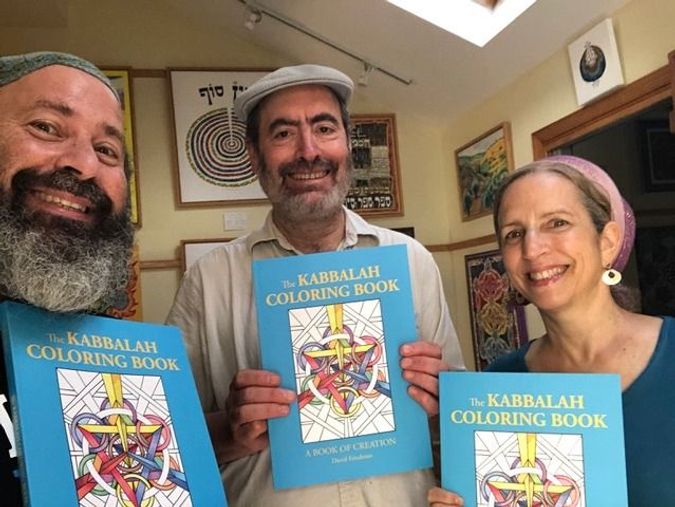 “His art is so vivid and immersive in terms of design and flow, it’s like ‘a picture is worth 1,000 words,’” said Lorelei Kude, a Bay Area fan who writes a Jewish astrology column for J., The Jewish News of Northern California, and who knew Friedman when she lived in Tzfat. “You can read the Kabbalists of the 15th century, or you can look at a David Friedman painting of the concept of ain sof, and you can get it by the impact of the visual symbolism. His art makes kabbalistic concepts accessible to the non-elite.”

Friedman missed the whole adult coloring book trend a few years ago, and resisted the idea, even when others suggested it — then came the coronavirus pandemic. He realized he could reach the people who were no longer coming to his studio. 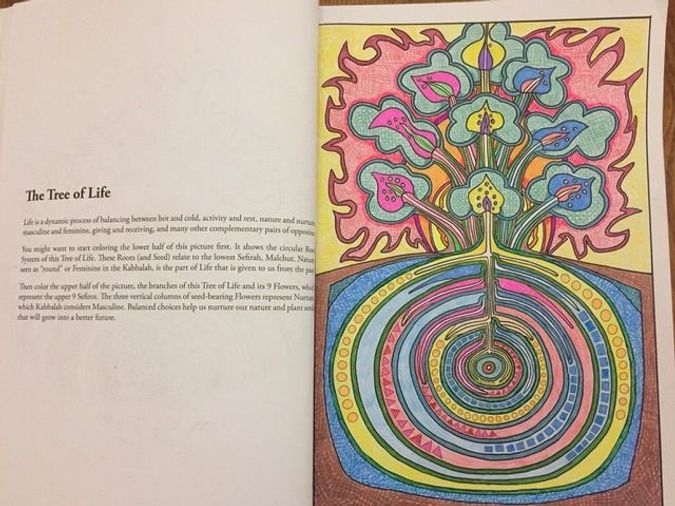 Friedman also earned his living by speaking to groups about his art, kabbalah and Jewish meditation. His tour groups began cancelling one by one. While occasionally someone bought some of his art through his web site, sales were few and far between.

“For a couple months, I was down and didn’t really feel a lot of creativity,” he said. “But I realized that having a creative project in lockdown could be inspiring for a lot of people to help us out of this sad, lonely situation.”

Friedman grew up Modern Orthodox in Denver, and moved to Israel when he was 20.

Teacher that he is, Friedman was not content only to offer his images. Each one is accompanied by an explanation of the Kabbalistic concept it’s inspired by, all written by him. There are also accompanying meditations, but coloring the images is meditative, too.

Friedman said he also tried to show how the Kabbalah and science complement each other, as well as that the Kabbalah is part of a universal mystical tradition. 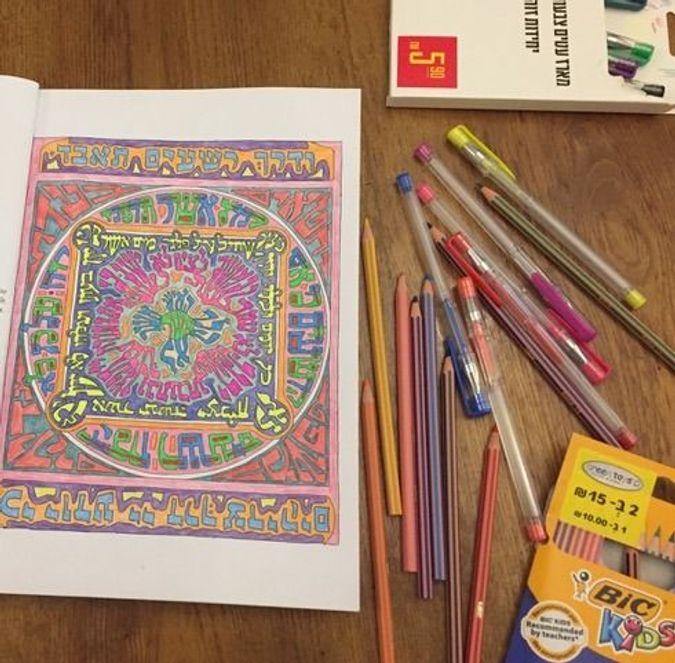 The concept of tikkun olam teaches that we are all responsible for beautifying the world, Friedman said, adding that his coloring book extends that concept.

“There’s a lot of imperfections in the book, and by coloring them, it’s a partnership of creativity and beautifying something,” he said. “For many years, I’ve used my art to teach, but with this, people can be engaged in the process of making the art.”

His friend Zev Padway first proposed the idea that Friedman should turn his art into a coloring book.

“His artwork screams for a coloring book,’ said Padway, who grew up in Cincinnati and moved to Israel in 2010. “His drawings are so rich, with such a vibrant spectrum of colors.”

Friedman was hesitant at first, but he said he has come to see the coloring book as a vehicle to allow him to continue to reach people through his art and teachings, even if they can’t come to him.

Padway, who is the owner of a vegetarian and gluten-free cafe in Tzfat called Elements, is in charge of marketing the book. He encourages buyers to share their own own completed versions of Friedman’s work via social media.

“He’s a fantastic artist, but he’s not a businessman,” said Padway. “He doesn’t have an ambition to make money and profit off his creation, he simply wants to put out the art and inspire people in Kabbalah and Torah in a way that’s different and colorful.”