‘Coming home:’ The peace agreement with Israel is a source of joy and healing for Morocco’s Jewish diaspora 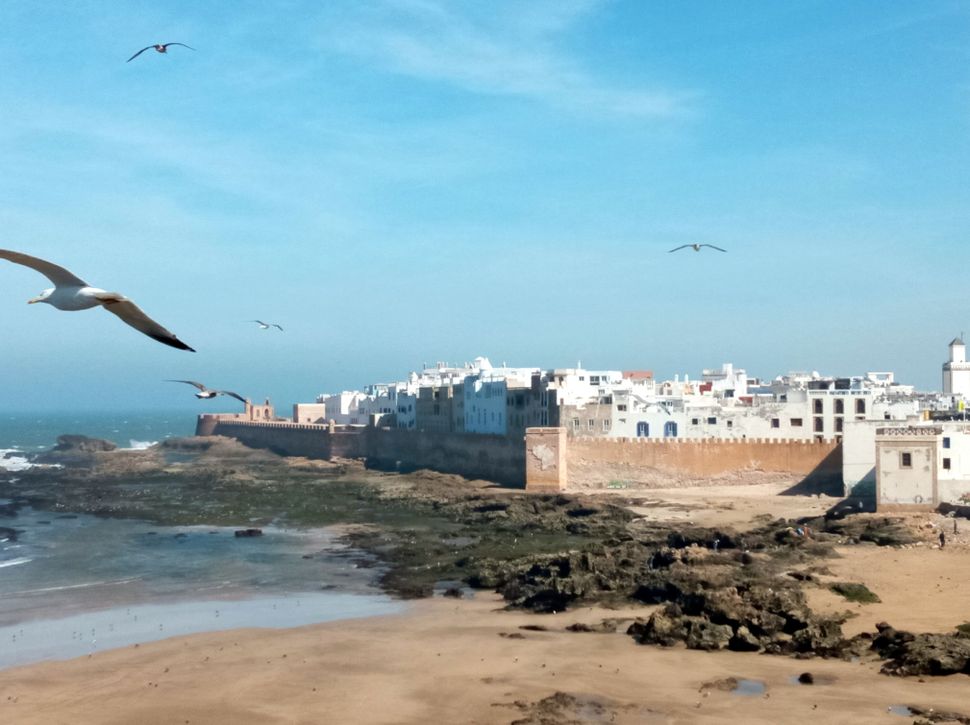 The peace agreement between Israel and Morocco is more than political to the North African nation’s global Jewish diaspora — it’s deeply personal.

Once the largest Jewish community in the Arab world, today, only 2,000 Jews live in Morocco. A million more live around the world, with the biggest communities in Israel and France. Large-scale migration from Morocco — where Jews have lived for about 2,000 years — started in 1948 and continued through the 1960s amid escalating tension between Israel and the Arab world.

Now Morocco and Israel have struck a peace deal. For some Moroccan Jews, it means the reunification of families and friends separated long ago; for others, the opportunity to return to villages of their birth or heritage with ease. Until now, Israelis could visit Morocco, but they had to take a complicated web of connecting flights.

And for many, it’s an acknowledgement that regardless of whether they are in Tel Aviv or Tangier, Marrakech or Marseille, Moroccans — Jewish, Arab or Berber — are still a community, connected to each other wherever they are.

To gain a sense of the power and meaning of the peace accord to Moroccan Jews, the Forward asked several members of that community to share their thoughts and feelings with us. 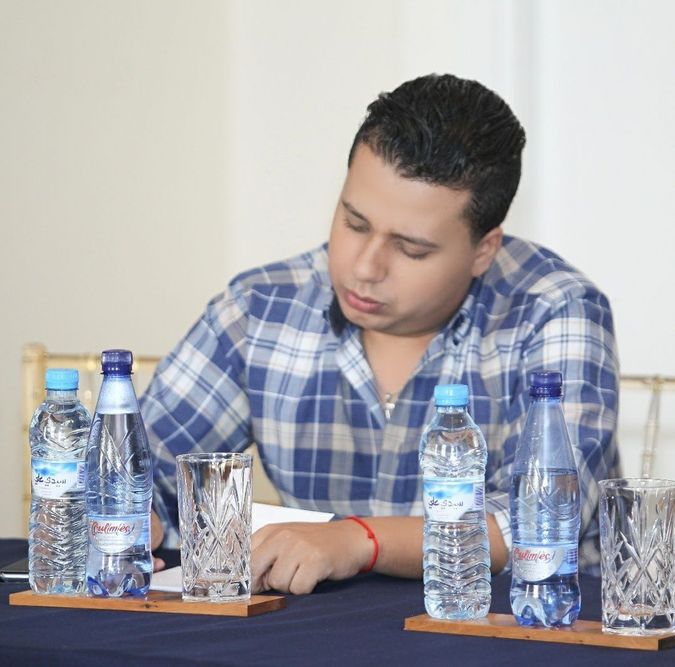 Abdou Ladino: “You don’t have to be in Morocco to be Moroccan.”

Morocco’s late king, Hassan II, once said that “when a Jew leaves Morocco, we lose a citizen and we gain an ambassador.”

He was right. Israelis of Moroccan descent are the most genuine and loyal ambassadors of Moroccan cultural heritage that we have ever appointed!

They are more Moroccan than a lot of other Moroccan communities across the globe, never forgetting their roots, heritage, language, traditions and Moroccanity. They have proven the saying “you don’t have to be in Morocco to be Moroccan.”

The peace agreement will be an opportunity for so many of my elderly Israeli friends, who have dreamed for years to visit their country of birth or heritage, without being exhausted by a network of connecting flights.

Find me one person who doesn’t like peace? We all have dreamed of peace!

Abdou Ladino is a Moroccan Jew from Rabat and General Secretary of the Mimouna Association, which fosters relations between Morocco’s Muslims and Jews on college campuses.

Einat Levi: “I hope we can now give a voice to the second-largest Moroccan diaspora in the world.”

The news of this deal caught me as I was on the train from Tel Aviv to Haifa after an exceptionally long day. My phone just kept ringing and ringing. Even on my birthday, I’ve never gotten as many phone calls and messages as I received following the exciting announcement.

My grandparents emigrated from Meknes in 1952 and passed away when I was young. I can only wish that I would have had the chance to tell them that now, both parts of their lives – the past that they left behind in Morocco and the future they chose in Israel — are now officially reconciled.

So, as can be expected, I’m very happy about this deal. I am aware that there are all kinds of criticism about it, but in my guts, I honestly feel that it fixes a false situation to begin with.

Not having formal relations between Israel and Morocco for so many years, as some form of a collective punishment for the Israeli-Palestinian conflict, has made it harder for me and for other Moroccan Jews living in Israel to hold on to our Moroccan identity.

I also hope that it will make it easier for our fellow Muslim friends from Morocco to visit Israel and Palestine, so that we can welcome them here just as they have been welcoming us through the years.

Now, thanks to that announcement, we won’t have to hide our Israeli identity at formal events, and I hope we can now give a voice to the second-largest Moroccan diaspora in the world – which I’m part of – the one living in Israel.

Einat Levi is a researcher at the Mitvim institute and the Forum for Regional Thinking. She founded “Connection to Morocco” to promote ties between Israel and Morocco. 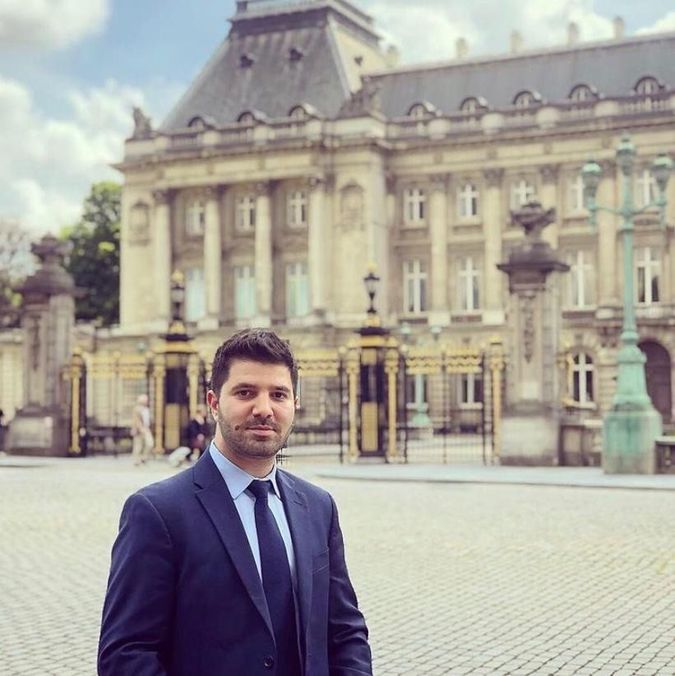 Jack Benchimol: “Coexistence was the major that we all had to take.”

For me, the peace agreement between Israel and Morocco shows the core values my countries promote and the love they share for each other. It is exciting and heart-warming to live such a significant moment in history.

I grew up in Casablanca in a private Jewish high school where coexistence was the major that we all had to take. The school welcomed all religions. For example, Jewish students had to take Arabic classes and Muslim students took Hebrew classes.

I remember we all learned the Moroccan anthem by heart and sang it together. At the end of the day, we are one people. My Muslim friends are familiar with all the Jewish holidays, and vice versa. We always wished each other the best and are still in touch.

As we all say in Morocco: “Allah, El Watan, El Malik” — God, nation and king.

Jack Benchimol is a Moroccan Jew from Casablanca currently living in the United States where he is a senior auditor at a Miami accounting firm. 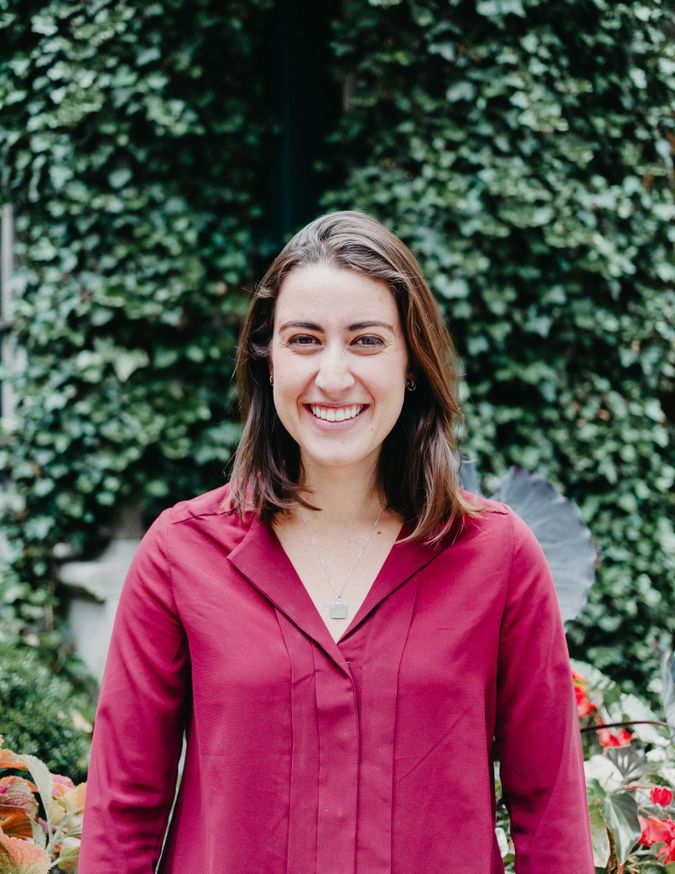 Rachel Delia Benaim: “There are no words to describe what it feels like to come home so deeply.”

I saw the push notification about Israel and Morocco’s normalization agreement just after my family lit candles on the first night of Hanukkah in our Jerusalem home.

As the daughter of a Moroccan-born Gibraltarian father, and a constant student of Torah, I realize that Morocco and the coexistence that it embodies plays a huge part in my identity.

In 2018, with the support of local partners, I was fortunate enough to run a Muslim Jewish interfaith conference in Essaouira. It was radical that the conference, where we looked at both Jewish and Muslim holy texts, took place in a Muslim country. But that is Morocco — a place where all respect and are respected.

When planning the conference, V.E. Andre Azoulay, senior advisor to King Mohammed VI, spoke about his personal paradigm of Judaism. He told me that the Moroccan Judaism he carries is that of Convivencia, a medieval Spanish word for social harmony. During the conference, I spoke at my grandmother’s childhood synagogue, Slat Kahal. My great-grandfather’s name was on a community register on the wall. There are no words to describe what it feels like to come home so deeply both theologically and physically.

Reading the news, I couldn’t help but think that normalization is a gift that will both allow many of my generation to come home like I did in Essaouira, and because it will be able to inspire conscious conversation between Jews, Israelis and local Moroccans. And after all, isn’t that what Convivencia is all about?

Rachel Delia Benaim is an award winning environmental journalist and interfaith activist. She founded the Muslim Jewish Interfaith Coalition, which serves to heal the fractures between people of the two faiths on a global scale. Benaim was also an editorial intern at the Forward in 2014.

‘Coming home:’ The peace agreement with Israel is a source of joy and healing for Morocco’s Jewish diaspora