Christmas in Jerusalem, ‘only cats and dogs’ in the streets 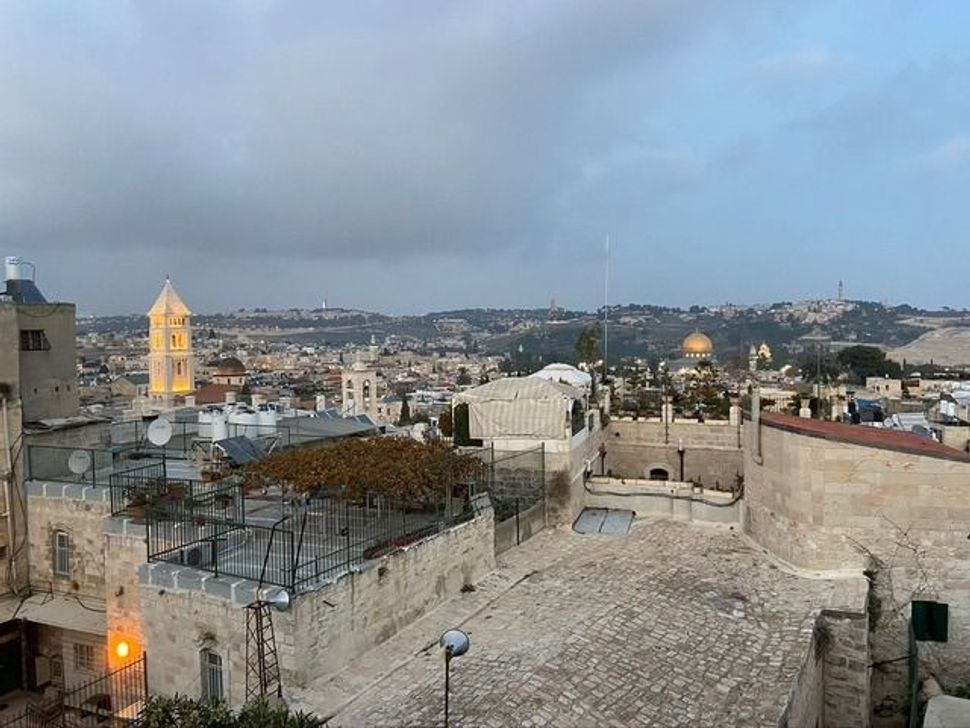 Devoid of visitors, Jerusalem’s Old City lacks the holiday spirit that typically permeates the Christian Quarter’s alleys and churches around Yuletide. The coronavirus pandemic — now in its ninth month — has taken its toll on Christmas in the holy city.

Tourists and pilgrims that ordinarily flock to the Holy Land for Christmas by the tens of thousands are completely absent, as international travel ground to a halt earlier in the year because of the ongoing global health crisis. Israel’s tourism industry and the businesses that depend on incoming travelers have suffered immensely. 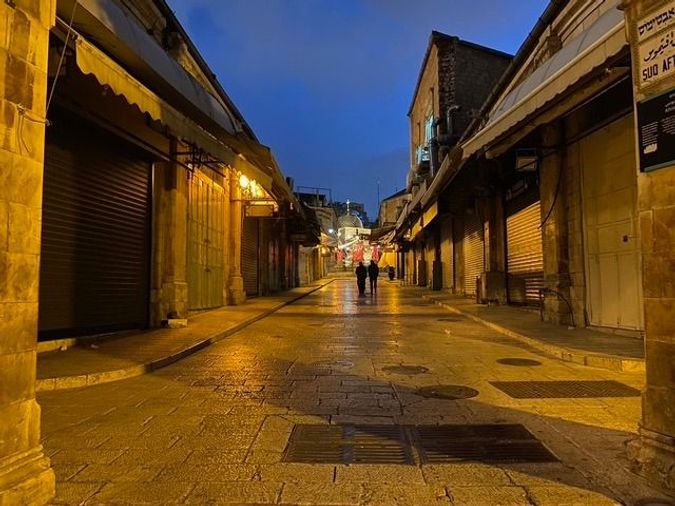 Jerusalem’s Old City, home to Christian, Jewish and Muslim holy sites, is normally bustling with throngs of visitors this time of year. Now only a small handful of the shops lining Christian Quarter Road bother opening, and the rest remain shuttered and dark as they have been for many long months. 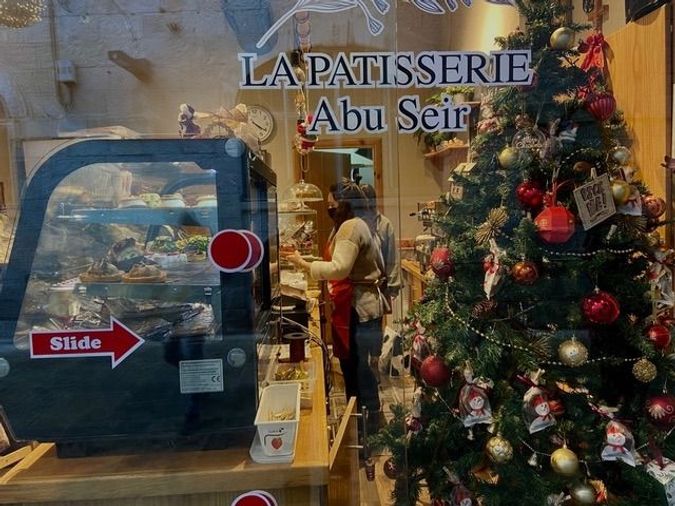 Inside the New Gate, La Patisserie Abu Seir, a bakery that opened in the midst of the pandemic in June, is marking its first holiday season in business by filling its display cases with an assortment of traditional Christmas pastries: apple strudels, stollen, fruitcakes and gingersnaps.

“This year it’s hard to walk in the Old City of Jerusalem and only find cats and dogs in the streets,” said Sarah Abu Seir, one of the pastry shop’s employees. Most of the clients are Israelis and Jerusalemite Palestinians roaming around the walled city. “We really think that Christmas has to exist even though corona is here.”

A small handful of clergy roved about the empty basilica of the Church of the Holy Sepulcher, the site where many Christians believe Jesus was crucified, entombed and resurrected. Ordinarily the church hosts great throngs of pilgrims from around the world. The pandemic has brought an end to that. Coronavirus regulations limit assemblies to 10 people indoors and 20 outside.

Israel is on the verge of a third nationwide lockdown after coronavirus infections have spiraled out of control. As of Wednesday, Israel recorded at least 3,136 deaths and more than 383,000 cases of COVID-19, according to the Health Ministry. Unemployment remains well into double figures after shooting up to more than 23% earlier in the year.

“It’s a very sad year for all of humanity,” said Wadie Abu Nassar, adviser to church leaders in the Holy Land. “But we are people of hope, and Christmas is a source of joy and hope.”

Christmas Mass at the Holy Sepulcher will be conducted with limited attendance. In nearby Bethlehem’s Church of the Nativity, where Jesus is traditionally believed to have been born, the Latin Patriarchate has limited the Midnight Mass to clergy only, and no festivities will be held in Manger Square.

Christ Church, an Anglican congregation inside the Jaffa Gate, ordinarily draws several thousand people on Christmas Eve for carols and singing — most of them Israelis, according to Rev. David Pileggi. This year’s event will be conducted online, and the church’s adjoining guesthouse, like almost all hotels in the country, empty.

With a piano accompanying Hebrew renditions of Christmas songs in the background, Pileggi said that his job is “to help people to remain hopeful, to encourage them to endure a hard time as joyfully as possible.”

Despite the bleak holiday season, the darkened streets of Old City’s Christian Quarter are lit up with numerous strings of colored lights. Small handfuls of visitors, mostly Israelis, stroll through the twisting alleys to take in what remains of the holiday atmosphere. Tucked away in the northwest corner of the walled city, Santa’s House draws modest crowds of eager Israeli and Palestinian children alike. 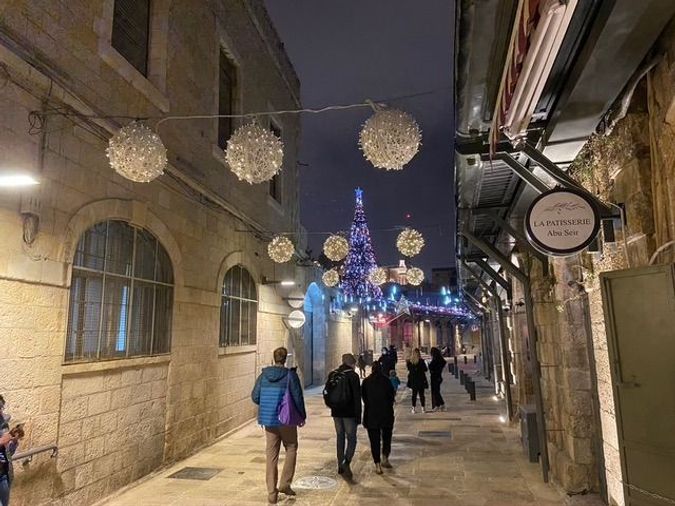 Santa — better known as Issa Kassissieh, a former basketball player-turned-diplomat who now serves as the official Jerusalem Santa Claus — was not available for comment due to his holiday obligations.

Itay Yaacov, a Jerusalemite blogger and journalist, said that he’s spent much of the past week giving friends and family from Tel Aviv impromptu tours of the Christmas decorations around the Old City.

The Jerusalem YMCA’s bell tower is festooned with flickering lights, and Israelis gather at the base of its enormous Christmas tree, snapping photos destined for Facebook or Instagram.

Many Israelis, Yaacov said, travel to Haifa and Jerusalem to take in the holiday atmosphere and “the cultural otherness” of Christmas, not as a religious occasion, but as winter experience to enjoy that’s detached from Christian faith.

“It’s another reason to celebrate and another attempt to dissolve the barriers between Jews and Christians,” Yaacov said.

Christmas in Jerusalem, ‘only cats and dogs’ in the streets