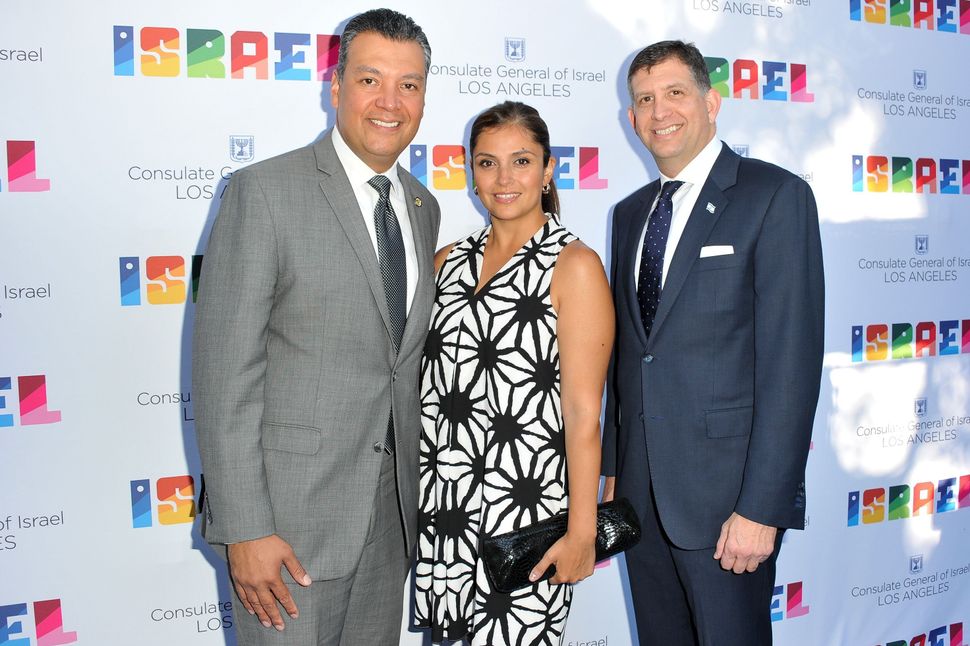 For a long while there, California had two Jewish United States senators at the same time, Barbara Boxer and Dianne Feinstein. Boxer retired after four terms in 2017; Feinstein remains, as the oldest senator at 87.

Now that Boxer’s successor, Kamala Harris, is about to become the next Vice President, California is getting her replacement: While he’s not Jewish, Alex Padilla is winning rave reviews from leaders in California’s Jewish community for a career of public service in which he has demonstrated support for major issues Jews care about, including a strong attachment to Israel.

“We took Alex on his first trip to Israel about a decade ago,” said Jay Sanderson, president and chief executive of The Jewish Federation of Greater Los Angeles. “His eyes lit up; he totally understood how important Israel was and not just for the Jewish community but for the United States.”

Padilla, 47, grew up in L.A.’s San Fernando Valley, the son of Mexican immigrants— his father was a cook; his mother cleaned houses. With a degree in mechanical engineering from the Massachusetts Institute of Technology, he embarked on a career in aerospace but soon turned to politics, during a wave of anti-immigrant fervor in California. After working on City Council election campaigns for two other Latino candidates, he ran for his own seat on the council at age 26 in 1999 and won. Two years later, he became its youngest president and first Latino leader.

His next stop was the state Senate, where he served two terms. In 2014, he was elected Secretary of State.

This week, Gov. Gavin Newsom appointed him to complete the final two years of Harris’s term, making him the first Latino to represent California in the U.S. Senate. 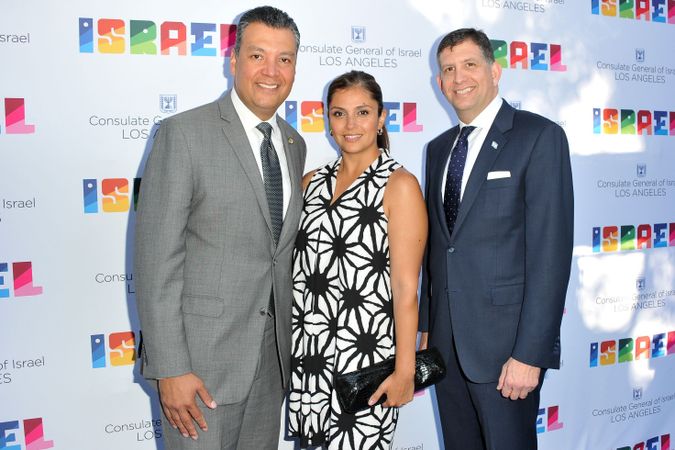 While the appointment was roundly applauded by Latinos, who represent 40% of California’s population, he also won high marks by Jewish groups for his accessibility and engagement with Jewish groups on issues important to them.

“The L.A. Jewish community could not have gotten a better person selected for this job,” said Sam Yebri, a prominent Iranian Jew who is running for a seat on the City Council in 2022. “And his personal story, the son of immigrants who got an MIT degree in engineering, exemplifies the Jewish experience in this country.”

Over the years, Yebri said, Padilla has attended synagogue seders, led panel discussions on voting and the census for Jewish groups and “became a reliable and active leader with AIPAC,” the American Israel Public Affairs Committee, which advocates for Israel in Washington.

“He understands our issues,” Yebri said. “He cares and he shows up.”

Jesse Gabriel, a member of the state legislature from the San Fernando Valley and chair of the Legislative Jewish Caucus, recalled that shortly after the birth of his third son, Noah, in April he received a text from Padilla that said, “Mazel tov.”

“He has that kind of cultural sensitivity to reach out,” Gabriel said. “He’s a menschy guy, smart, a good guy, a great public servant who shows he cares about our issues. He checks all the boxes.”

A request for comment from the Republican Jewish Coalition on Padilla’s relations with Jewish groups was unsuccessful. The coalition’s communications director, Neil Boylan Strauss, said, “I don’t have anyone for you on this subject.”

Padilla was generally viewed as the leading candidate to replace Harris despite enormous lobbying pressure on Newsom from those representing other communities, including Blacks, who urged Newsom to appoint either of two Black women serving in the House, Karen Bass of Los Angeles or Barbara Lee of Oakland.

With Harris now Vice President-elect as the first woman and first woman of color to serve in such a high position, the Senate is left with only two Blacks and both of them men, Cory Booker, a New Jersey Democrat, and Tom Scott, a South Carolina Republican.

Jewish leaders, Gabriel said, made it clear to Newsom that they would be “strongly supportive” of Padilla as his choice.

“There are lots of elected officials in California that don’t have good relations with our community and don’t understand our concerns,” he said. “That’s not the case with Padilla. He’s not starting from scratch.”