Marc Elias, Democratic power-lawyer, is hero of the election in many circles 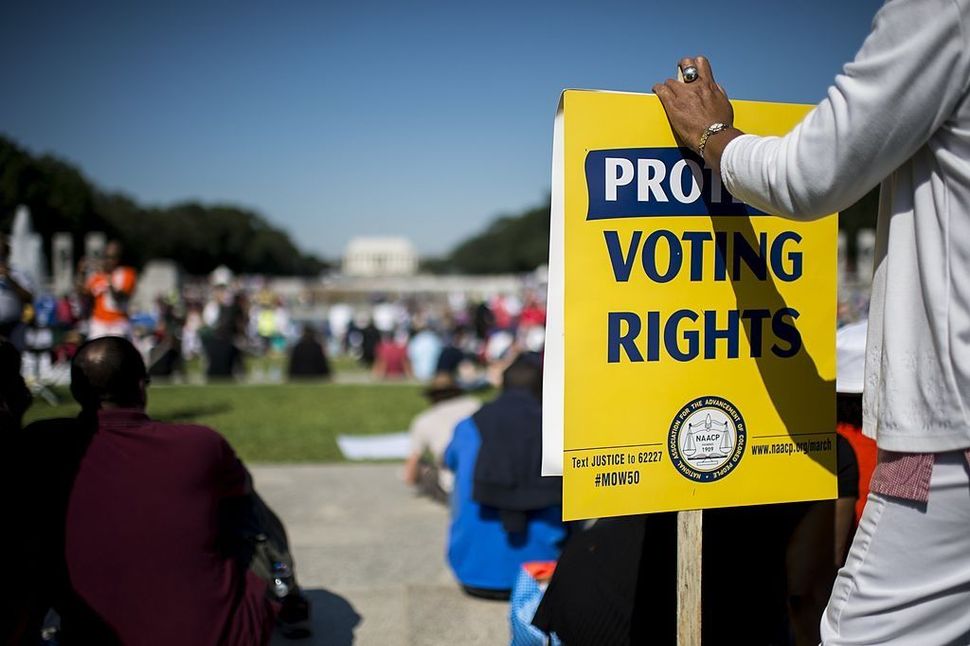 Thousands gather on the National Mall from the Lincoln Memorial to the World War II Memorial for the rally to commemorate the 50th anniversary of the March on Washington in 2013. Photo by Getty Images

Marc Elias, the Democratic lawyer and power broker, was having a big day. His by turns earnest, exultant and swaggering Twitter presence had pushed him over a milestone: “400k,” he posted earlier this month, accompanied by an emoji wearing a party hat and blowing a streamer.

Elias, 51, who rose to prominence a dozen years ago in the Minnesota recount that sent Al Franken to the United States Senate, became over the past two years a treasured backstop for Democrats worried that voter suppression would lift President Trump to a second term. He leveraged that following to build a voting-rights group, Democracy Docket, and a public following, and a reputation that has only swelled this fall, as he racked up 59 victories in the 60 cases he has filed since the Nov. 7 election.

“He really has done more to preserve our democracy than probably any other American in this election cycle,” said Halie Soifer, CEO of the Jewish Democratic Council of America.

The fact that President Trump once called Elias “the best election-stealing lawyer” and Kelli Ward, chairwoman of the Arizona Republican Party, recently released a video chastising journalists for listening to Elias, whom she called “a shady attorney,” only solidifies his hero status in many quarters.

“Republicans know just how vital Marc’s role has been in terms of ensuring Biden’s victory,” Soifer said. “Republicans are obsessed with Marc and they talk about him frequently because they wish they had someone like Marc.”

But while Elias wins near-universal accolades from Democrats and good-government groups on voting rights, some have expressed concern that his public persona as a champion of progressives masks a more mixed record, particularly on campaign-finance issues.

“If you are a Democratic candidate or office holder or party official, Marc Elias is the lawyer you want,” said Paul Ryan, a vice president at the liberal watchdog group Common Cause. But while Elias’s ballot-access work is admirable, Ryan said, it is offset somewhat by his history opposing limits on political donations, including orchestrating a successful 2014 effort to raise the limit on contributions to political parties from from $97,400 to $777,600.

Larry Noble, a former general counsel for the Federal Election Commission and past head of the Center for Responsive Politics, a nonpartisan group that tracks political donations, said of Elias: “My sense of him is that he does not believe in campaign finance laws.”

Asked about this in a recent email interview, Elias flashed a little of his litigator’s guile. “Who on earth cares what Larry Noble thinks?” Elias asked. Then he sent several PDFs from Noble’s time in private practice that show him defending two Republican PACs, a Democratic soft-money group, and a financial-services firm that caters to the ultra-wealthy.

“I represent Democrats,” Elias said, noting the party’s push to raise the donation limits. “When Democratic leadership asks for my help, I provide it.” 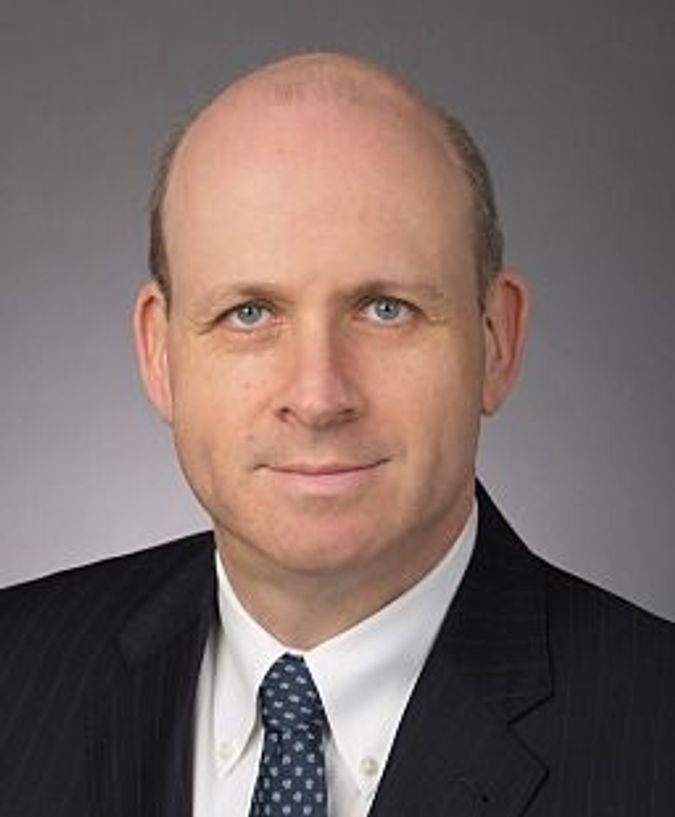 Elias, whose grandparents fled pogroms in Russia and Lithuania, grew up on Long Island. His family attended the Reform Temple Emanu-El in Lynbrook, N.Y., which was headed by renowned Rabbi Harold Saperstein. At his Bar Mitzvah, Elias spoke about Soviet refuseniks.

“I’m a Democrat because I am the child and the grandchild of Jewish immigrant Democrats,” Elias said in an interview conducted over Zoom. “My Jewish upbringing was about the importance of the law and justice.”

Elias earned both a master’s in political science and a law degree from Duke University, where his two children now attend, and started out in criminal defense at Perkins Coie before joining the firm’s election law department.

The Seattle-based firm handles most Democratic Party legal work and Elias has headed its political law group in Washington, D.C., since his mentor, Bob Bauer, left to become White House Counsel in 2009. Elias was general counsel to John Kerry’s 2004 presidential campaign and Hillary Clinton’s in 2016.

A major turning point in his career was the 2008 recount in Minnesota, where Elias helped Franken overcome an initial deficit to beat the incumbent Republican, Norm Coleman, by 312 votes, securing a filibuster-proof majority for Democrats.

Jay Weiner, a local journalist who covered the eight-month recount and legal battle, recalled how Elias’s team meticulously tracked uncounted absentee ballots that would help Franken. As important, Weiner said, Elias knew exactly how to communicate with the media and win the respect of the judges overseeing the litigation.

Weiner recalled how Elias was caught off guard when Minnesota Supreme Court Justice Lorie Skjerven Gildea referenced a case he was unfamiliar with — then came back a couple of weeks later to cite that case in his closing argument.

“His eyes met with Gildea and you could tell he had won her over with his ability to adjust,” Weiner said. “The twinkle in his eye told her, ‘I learned that case, I respect your opinion and I know what it means.’”

Elias won the case and, with it, the adulation of a Democratic establishment still scarred from the 2000 recount and legal battle that landed George W. Bush in the White House. Weiner, who wrote a book about the Minnesota recount called “This Is Not Florida,” said Elias earned plaudits by going the distance for Franken from a party that increasingly felt it had given up too easily in 2000.

Elias, for his part, noted that he was one of the few election lawyers in the country who was not in Florida for the Bush vs. Gore recount — he spent the aftermath of that election working on a Senate recount in Washington State.

“I may be the only Demcoratic lawyer who can say he won his recount in 2000,” Elias said.

Taking on the kraken

For more than a decade, Elias has not only worked for Democratic candidates but has also been at the forefront of an aggressive Democratic legal strategy to strike down voter-suppression laws. That meant advocating for early voting and against voter-identification rules — and, ultimately, founding Democracy Docket and significantly increasing its presence this year.

Democracy Docket is part digital home for nonpartisan voting information; part platform for Elias and prominent Democrats like Stacey Abrams — who narrowly lost a 2018 bid to be governor of Georgia — to provide updates on legal battles; and part clearinghouse to process political donations for such battles.

Elias said the project grew out of a desire, following Trump’s election, to defend democratic institutions and demystify the voting process in an online environment swirling with misinformation.

“If there’s a conspiracy theory out there people can go and pull up a copy of the brief that was filed and the court decision that came down,” he explained.

Elias said the group is well aligned with his private legal practice. While he does partisan work in recounts, he explained, most of his litigation takes place before an election and is focused on expanding the ability to vote.

This fall, for example, Elias fought GOP attempts to limit mail voting and throw out early votes in Texas and other states. He is proud of that and his 59:1 record since Nov. 7, though he said it did not require a brilliant legal mind to bat away the Republican challenges.

“There wasn’t any amount of lawyering that was going to change the outcome of this election,” he said.

And while Trump’s legal efforts to undermine or undo President-elect Joe Biden’s victory has often appeared more amusing than alarming, Elias is braced for a future in which Republicans regularly ignore the outcome of democratic elections.

“It was one thing for Sidney Powell to say that a mythological octopus creature was going to flip the results of the election,” Elias said, referring to Trump’s attorney and her claim that the kraken, a mythical sea monster, would help him prevail. “It was another thing to see the State of Texas file a lawsuit against four other states that sought to disenfranchise millions of votes.”

Elias never worried Texas would prevail in the case. But it was alarming, he said, to see 18 other states and 126 Republican members of Congress sign onto the lawsuit.

“What worries me is the future,” Elias said. “History shows that once you break a norm it’s very hard to reestablish it.”

But for now Elias is reveling in the wins.

Marc Elias, Democratic power-lawyer, is hero of the election in many circles