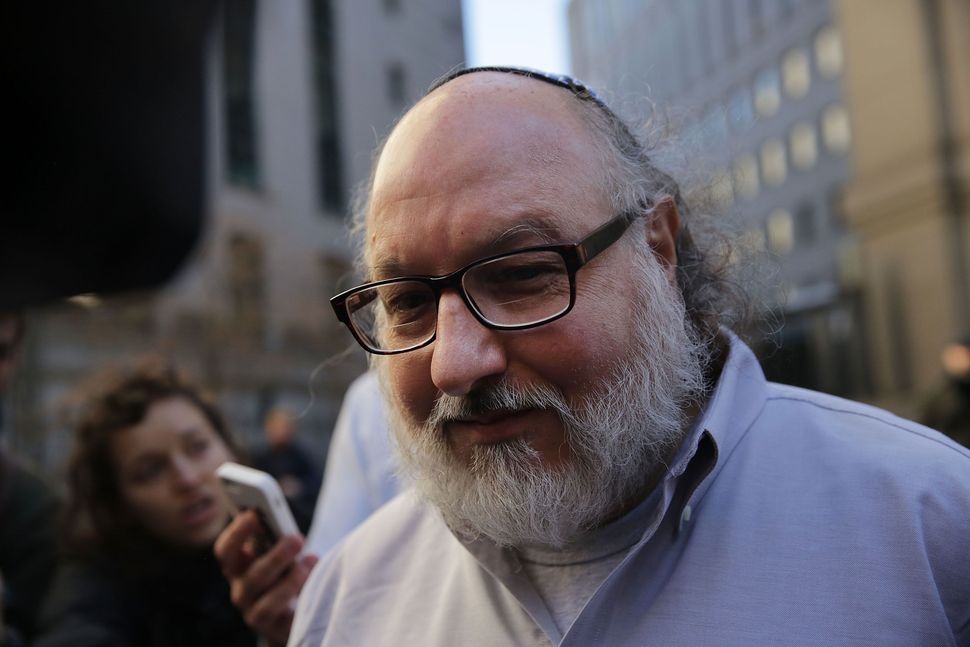 Not present was Interior Minister Arye Dery, who had been asked a few days prior to issue an identity card to the new immigrant. Alternate Prime Minister Benny Gantz was also absent, of course, as were Immigration and Absorption Minister Pnina Tamano-Shata and Jewish Agency Chairman Isaac Herzog.

The absence of government photographers has particularly disturbing significance, beyond than the fact that the media had to use smartphones photos rather than professional shots. The Government Press Office archive is, in effect, the state’s archive, and an event such as this undoubtedly deserve a place in the national record.

Because of the Prime Minister’s Office’s decision to not invite a single press office photographer, the Pollards’ arrival in Israel will not be included in this collection. Distancing official photographers from an unclassified event is a very surprising move.

In response to a query from Haaretz, the Prime Minister’s Office said that no press photographers or journalists had attended the Pollard’s arrival at the couple’s request. Moreover, “their arrival was done with great secrecy and was highly compartmentalized so as not to harm the efforts to bring them to Israel, and, naturally, very few entities were informed of the matter.”

This response begs a few comments. First, it’s hard to believe that a single, lone press office photographer would taint the Pollards’ joy at their long-awaited arrival in Israel. In any case, this was not their private event. The State of Israel has been dealing with their case for decades, and the Pollards shouldn’t have veto rights – if indeed a veto was imposed.

Second, the “secrecy and compartmentalization” were very partial. All the members of the Israeli team working on Pollard’s case were informed of his arrival before the plane took off from Newark. And they weren’t the only ones – Israel Hayom editor Boaz Bismuth was there at the airport, and according to his remarks to Channel 12 News, he was in on the secret for a long time (the Prime Minister’s Office said in response that he had not heard it from them).

A diplomatic figure who was privy to the secret gave the example of the prime minister’s visit to Oman, another event that excluded press office photographers. This is also a strange claim, seeing as a secret diplomatic visit to an Arab country is not on the same footing as the Pollards’ arrival in Israel.

In a private conversation, diplomatic sources opined Wednesday that press office photographers were not invited so that Netanyahu could use the photographs in his election campaign. The Prime Minister’s Office sweepingly denied this claim, and said that campaign videos have made use of Government Press Office materials in the past.

Another hypothesis making the rounds in political circles is that the call for compartmentalization came from private elements involved in the Pollards’ flight, so that it could be an Israel Hayom exclusive. The Prime Minister’s Office called this “falsehoods and lies.”

Haaretz asked Government Press Office director Nitzan Chen on Wednesday why Israel Hayom had the only photograph from the scene of the event. He explained that “the newspaper’s owners,” that being Sheldon Adelson, funded the Pollards’ arrival. According to Chen, other photographers were not present for a variety of reasons, among them the early hour, coronavirus restrictions and “the sensitive situation at the airport.”

On that, we note: pool photographers have been used on more than one occasion. A stills photographer from one media outlet takes photos and passes them on to the others. This is standard procedure.