What is the ethical thing to do when a politician acting on the most cynical of motives throws you a pandemic lifeline?

Even the most cynical observers were caught off guard by Florida Republican Gov. Ron DeSantis Dec. 23 announcement that the state’s vaccination priority would directly contravene Center for Disease Control guidelines. After frontline health care workers and residents of assisted living facilities, the governor bumped aside essential workers like police, firefighters, teachers and grocery store workers, who were next in line for inoculations — as they were in other states.

Instead, the state’s estimated 4.4 million residents over 65, regardless of their physical condition, would take priority. Tellingly, while DeSantis — who is up for reelection in 2022 – was making the announcement, seniors at the massive retirement community, The Villages, a Republican redoubt, received their inoculations on camera.

The decision created widespread condemnation, but also, in my case, a personal quandary. I’m over 65 — should I get my vaccine even though I suspect others need it more?

It was just like DeSantis to swim against the CDC tide.

Throughout the COVID-19 pandemic, he has played along dutifully as President Donald Trump called the shots.

Echoing Trump, to whom he owes his 2018 election, DeSantis consistently downplayed the pandemic’s severity, and then opposed a mandatory, statewide mask mandate, according to the Miami Herald.

He waited too long to grudgingly order a lockdown, and then lifted it too early, repeating the President’s claim that the cure was worse than the disease. DeSantis systematically concealed or massaged the state’s rising pandemic figures, and then blamed the state’s media when they caught him at it. 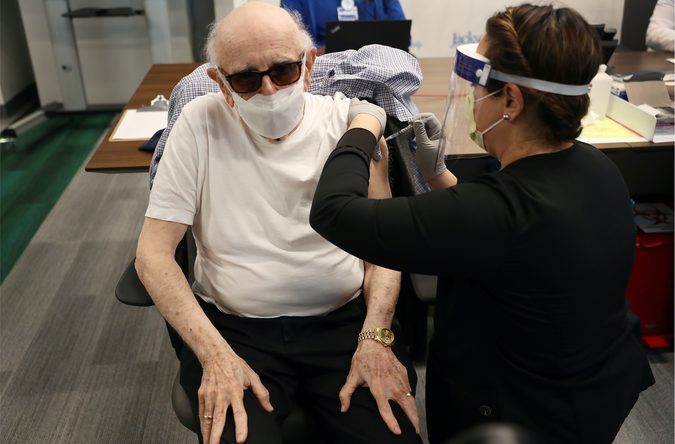 In April, DeSantis ordered a million doses of Trump’s favorite pandemic drug, hydroxychloroquine, an anti-malarial therapy that has been shown to be ineffective in treating COVID-19. When India, where the drug is manufactured, balked at the export, DeSantis got Trump to intervene with India Prime Minister Narendra Modi.

Still, the governor’s bungling earned him several invitations to the White House. By July 16, it also turned Florida into a COVID-19 hot spot, reporting nearly 14,000 new cases per day. In the current wave, Florida is reporting 13,000 new cases per day and rising, according to Johns Hopkins University. To date, there have been 1,376,692 cases of Covid-19 in Florida since the pandemic began, including 19,000 deaths.

At one point, DeSantis’ determinedly incompetent handling of the pandemic made me ask myself: “Is this guy trying to kill us?”

Again echoing Trump, DeSantis has shrugged off any further responsibility in implementing his priorities, ordering that each of the state’s 67 counties could decide how to provide the vaccinations.

“Governor Ron DeSantis, after botching the opportunities to prevent Florida from being a pandemic hot-spot, is now turning distribution of the vaccine into an opportunity to advance his reelection in 2022,” said Rabbi Michael Lerner.

“Citizens of Florida should demand that a nonpartisan committee of religious leaders and health care authorities should be given the job of deciding which parts of the population get the vaccines first. Jewish tradition and law always put saving lives ahead of saving one’s political career.”

Orange County, where I live, which includes Orlando and the major theme parks, quickly set up a web site and invited residents 65 and older to make appointments to receive the Moderna injections. My wife and I, who are 71 and 73 respectively, logged in and, after some technical hurdles, got two of the first 30,000 appointments for drive-through injections at the massive Orange County Convention Center.

Still, I grappled with our decision. We are in relatively good health, and it somehow did not seem fair that we take the shots before essential workers. But there was no way we could give our slots to essential workers. 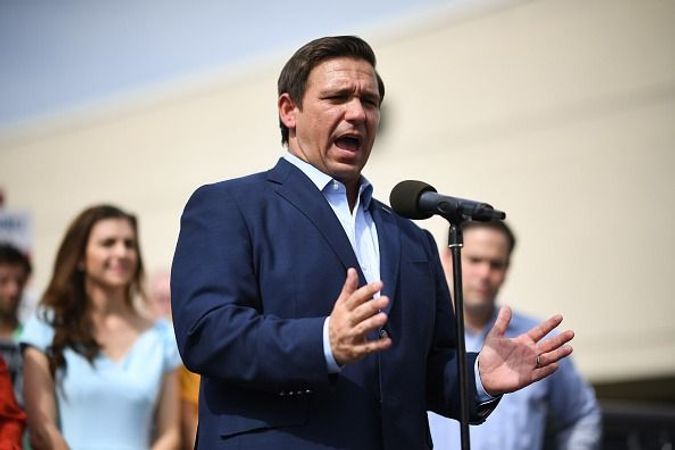 Deciding what to do, I realized, wasn’t a medical decision, but an ethical one.

As Dr. Edward C. Halperin, chancellor of New York Medical College in Valhalla, New York, wrote recently for the GlobalPost, “At the end of the day ‘Who goes first?’ for vaccination is an expression of our common values.”

I asked Rabbi Steven Engel, leader of the Congregation of Reform Judaism in Orlando. He turned to Maimonides, the 12th century sage who was also a great physician.

“Maimonides writes, in Mishneh Torah Chapter 4, that ‘one must accustom himself to things which preserve one’s health,’” he said. “So first of all, taking a vaccine is a very Jewish thing to do. Who should receive it? The Psalms teaches ‘Cast me not aside when I grow old; as my strength fails do not forsake me.’ The book of Leviticus says, ‘Stand in the presence of grey hair and give respect to the elderly.’”

“In essence,” Engel said, “Judaism teaches that a society is measured by how it treats its older adults. Therefore for these ‘very Jewish reasons’ older adults should be placed at the top of the list for receiving vaccines and they should take it as soon as possible.”

Rabbi David Kay, of Ohev Shalom, a Conservative congregation outside Orlando, pointed out that “the Talmud grapples with the question of allocating limited life-saving resources… No person, it concludes, can claim their life is more valuable than another.”

“Seniors and those with underlying health conditions that put them at heightened risk for serious illness or death from COVID-19 would clearly rate a close second,” he said. “Even when they follow guidelines to prevent infection, they are still more susceptible — and the consequences of infection are likely much more severe.”

So, what advice did Kay have for seniors like me?

“Should seniors defer vaccination until all first responders and health care workers are vaccinated? Both science and ethics suggest otherwise,” he said. “The distribution of vaccine is also controlled locally, so a senior who defers receiving the vaccine does not ensure that a thus-far unvaccinated first responder or health care worker will receive it instead. In all likelihood, in fact, the dose will go to another senior.”

In the end, we kept our appointments, and got the first of the two vaccine jabs, and were grateful that we had.

But just not grateful to DeSantis.