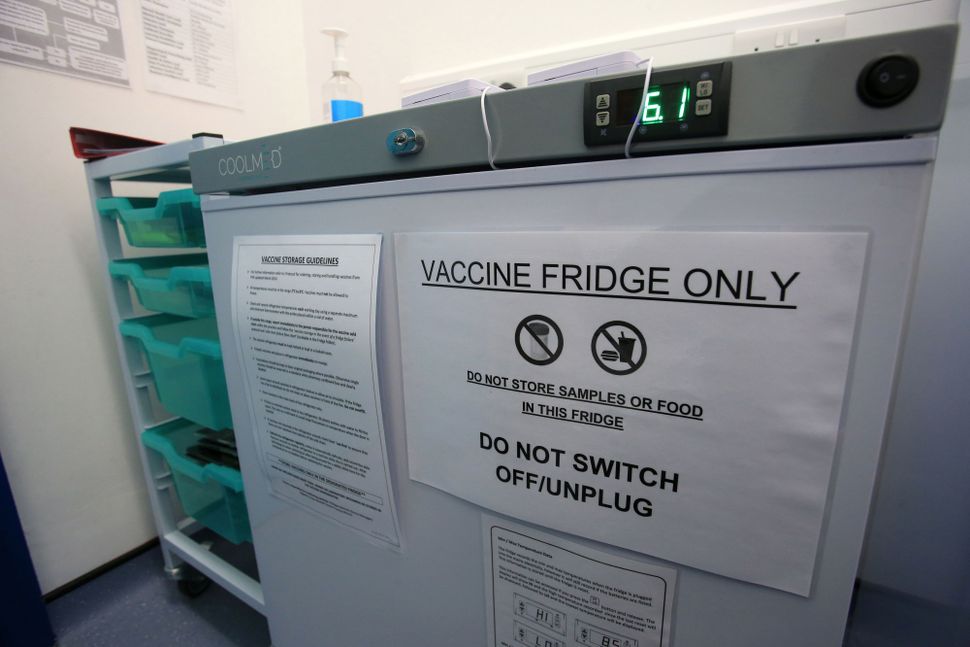 A vaccine fridge, storing vials of the Pfizer-BioNTech Covid-19 vaccine, is pictured at the Haxby and Wigginton Group Medical Practice in Haxby, northern England on December 22, 2020. By LINDSEY PARNABY/Getty Images

As tens of thousands of vaccines are distributed to healthcare workers and the elderly across Los Angeles County, faith leaders are not in either of the top tiers, keeping them sidelined as the pandemic worsens through the winter months.

“I’m baffled,” said Rabbi Elazar Muskin, who leads Young Israel of Century City, an Orthodox synagogue in Los Angeles. Muskin complained to California state health officials after learning clergy were excluded from the first groups eligible for vaccination. They did not explain their rationale, he said. 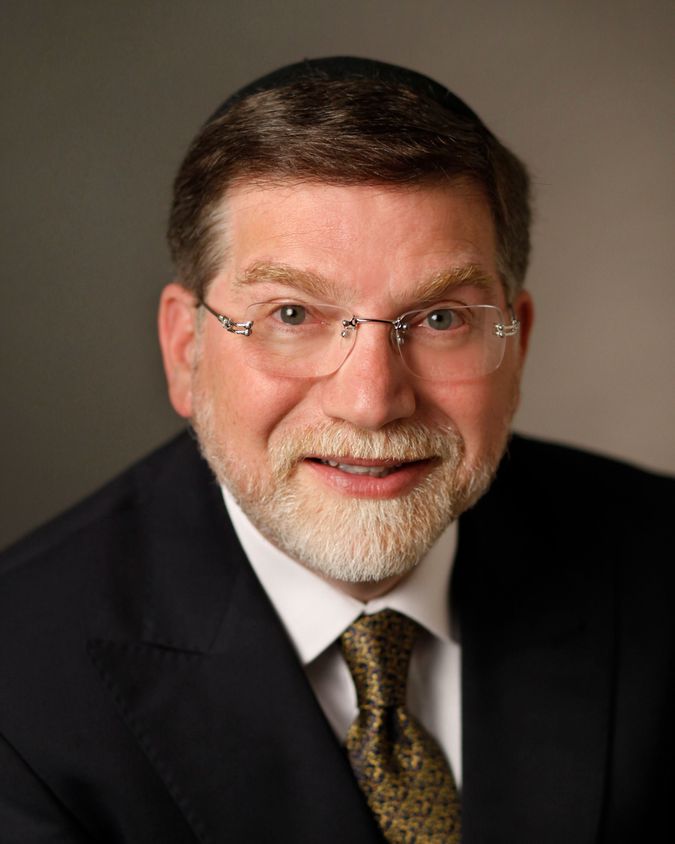 Every state is drafting its own vaccine rollout. Clergy are already eligible to receive the vaccine in New Hampshire, where they are considered “non-Clinical Front Line Workers,” and in Pennsylvania.

On the other hand, L.A. County’s sequence accommodates a variety of healthcare workers and elderly and nursing care groups in the first phase, which began in December, and then expands to various populations by age group (accounting for preexisting conditions) and profession.

But none of the rollout’s first three steps, which will last at least through the end of April, includes clergy.

In a statement to the Forward, the California Department of Health said allocation decisions were difficult with supplies limited until at least the late spring, and that the advisory committee that helped devise the distribution plan includes religious organizations.

But Muskin’s experience is hardly unique. Before, but especially during the pandemic, clergy often serve sick congregants when no one else will, even if doing so can put them in harm’s way.

Two months ago, Rabbi Ahud Sela visited a critically ill 92-year-old congregant who’d just been released from the hospital. Typically Sela would limit his interaction to the phone. But the congregant lived alone with no family in the area, so he drove over to make sure she was O.K..

When Sela checked in again the next day, no nurse was present, and the woman did not recall his first visit. It wasn’t until his second, more frustrated call to the nursing service that he learned the congregant’s diagnosis — she had COVID-19.

Despite wearing a mask during both encounters, Sela tested positive a few days later.

“You’re a go-between,” said Sela, who recovered after spending two weeks in quarantine from his wife and two children. “You’re the boots on the ground.”

Not being vaccinated has lessened the impact of Sela’s work, he said. Three Ramat Zion congregants have died in the past two weeks from coronavirus, and their funerals have cast in sharp relief the essential human interactions that have been severed in the name of public health.

Even if the vaccine only restored the ability to offer simple physical gestures, such as a hand on the shoulder at a funeral, Sela said it would make a big difference.

“You have caskets wrapped in plastic wrap, you have no identifications of the body by family, and they haven’t seen their family for months or weeks before they’ve died,” he said. “If they’re not in the same pod they can’t even cry on each other’s shoulders.”

Being vaccinated would not necessarily enable a rabbi (or anyone else) to see patients in person, because hospitals in Los Angeles are generally closed to visitors during the pandemic. But the house call that likely caused Sela’s infections was only one of several ways rabbis tend to assist the sick outside the hospital.

Muskin, too, has officiated a funeral for a congregant who died of COVID-19. Instead of six people carrying the casket, four did. Only one person at a time could shovel dirt, and cemetery employees took over as soon as the casket was covered. There was no eulogy.

“We’re constantly doing this,” said Muskin. “We’re running our synagogues, we’re dealing with these issues on a daily basis. The vaccine would make us feel a lot safer.”