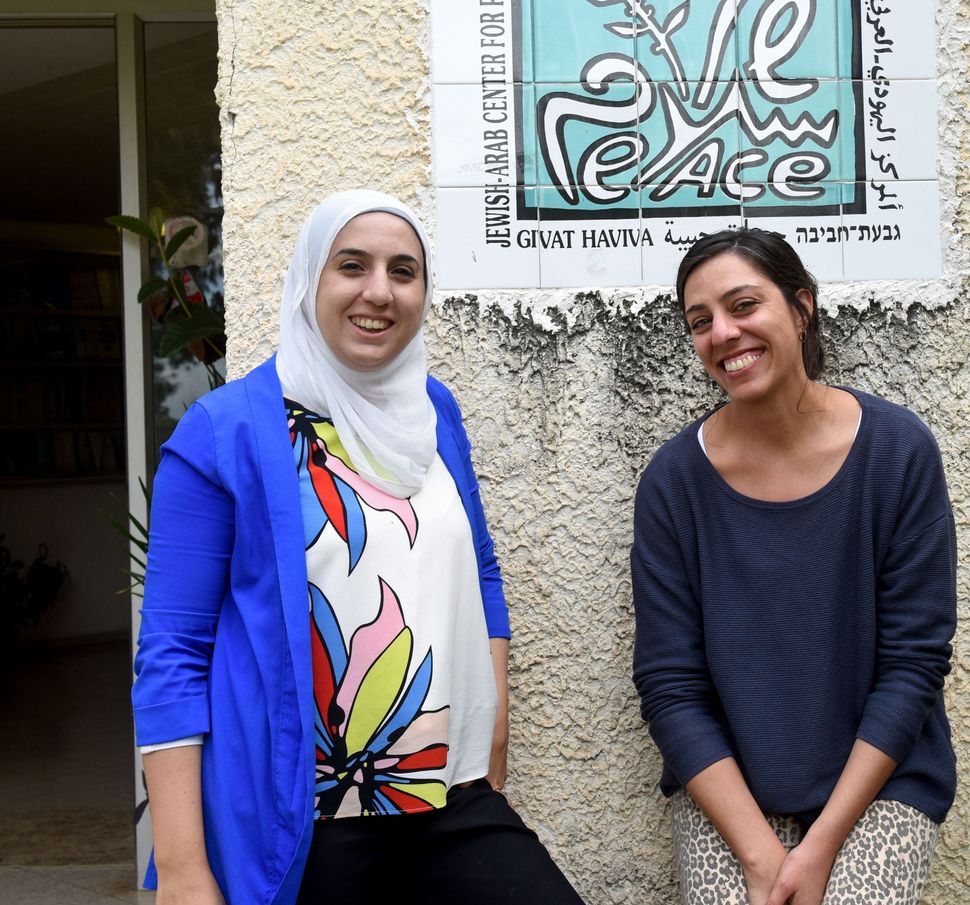 The Jewish and Arab eleventh graders from Israel appear as fellow squares on the computer screen when they meet awkwardly for the first time on Zoom, slow to speak up during the opening icebreaker exercise punctuated by occasional echoes and glitchy sound.

But slowly, gingerly, with the help of a pair of moderators, they begin the opening steps of a process of dialogue.

The moderators say such questions come up in almost every session: this curiosity to know what the “other” side thinks of them.

One of the Jewish students, a girl in a hooded sweatshirt with a streak of bleach blond running through her dark hair volunteers to take the question. “Personally, I don’t look at Arabs as different except perhaps in matters of religion. That is the main difference … there are no stereotypes that limit us in the way we think of them. So it does not bother us. It’s more about seeing them as humans. What’s interesting to us is wanting to know what it’s like being them at this age? And what is their culture like? Because in our day-to-day we don’t meet Arabs. Modiin is something of a bubble.”

In pre-COVID times, such gatherings were only ever conducted in person, usually in intensive overnight retreats or in meetings that took place over the course of a year. And even then, this attempt at forging a dialogue and achieving the ultimate goal of establishing a deep, nuanced connection, was a challenge.

But when it became clear that the pandemic was going to stretch on for months, the staff at Givat Haviva, The Center for a Shared Society, realized that if they were going to save their flagship dialogue programs between youth and teenagers, they were going to have to quickly shift the meetings online.

Although remote learning has become the new school house in 2020, it remains overwhelming — and frustrating — to try to teach concepts like fractions and the principles of grammar over cold, blinking computer screens. But imagine the challenge of bringing Arab and Jewish teenagers together who have never met in person to learn about one another and begin to bridge the divide that separates them.

Hiba Younes-Zaid and Hadass Hasidim are the pair of 33-year-old women who together co-direct the program for high school student dialogues at Givat Haviva and who were tasked with making it virtual.

“It demanded lots of creativity and thinking out of the box. I remember how we laughed at first, thinking, ‘How are we going to do all of this on Zoom?’” says Younes-Zaid with a laugh.

They had no background in digital learning, but they did a crash course in digital tools for education like using bulletin boards to share ideas and making games online. Aware that teenagers can grow bored looking at a screen, they worked to create programming with a mix of elements. They’ve also incorporated digital tools like anonymous surveys that can be done via smart phone. One survey, for example, asks students what their first associations are when they hear the words “Arabs” or “Jews.”

Their favorite meetings are when the students meet for the first time, even if it is now all remote.

“They get to meet for the first time and ask questions and get to know each other and the stereotypes are starting to break down,” says Hasidim. “They discover one another.”

The students speak in either their native Hebrew or Arabic and the moderators translate. That is by design as the dialogues are modeled after a concept known as “shared society,” defined as Arab and Jewish citizens living fully equal and integrated lives as opposed to the previous nomenclature of “coexistence” which connoted living in parallel, but not in one, inclusive, socially cohesive society.

These sessions of dialogue via Zoom may be limited, Younes-Zaid and Hasidim say, but they are part of healing two pandemics — COVID and the disconnect between Jewish and Arab society in Israel.

Yaniv Sagee, Givat Haviva’s CEO, says COVID was not going to derail their mission. “It’s not too hard. I mean, we had bigger obstacles, like war times, what do we do when there’s a war here? And even in war times, we never ceased to operate our programs, because we really feel that this is the base for our future. So the pandemic will come and go, and the programs will run.”

As the students from Sakhnin and Modiin say their goodbyes at the close of their session, they decide to open a WhatsApp group so they can stay in touch. Over a month later, the students remain in contact, texting one other and “breaking down the walls” as Nahed Mwassi, one of their moderators, puts it.

Dina Kraft is based in Tel Aviv. In addition to hosting The Branch, she is also a correspondent for The Christian Science Monitor. You can follow her on Twitter @dinakraft