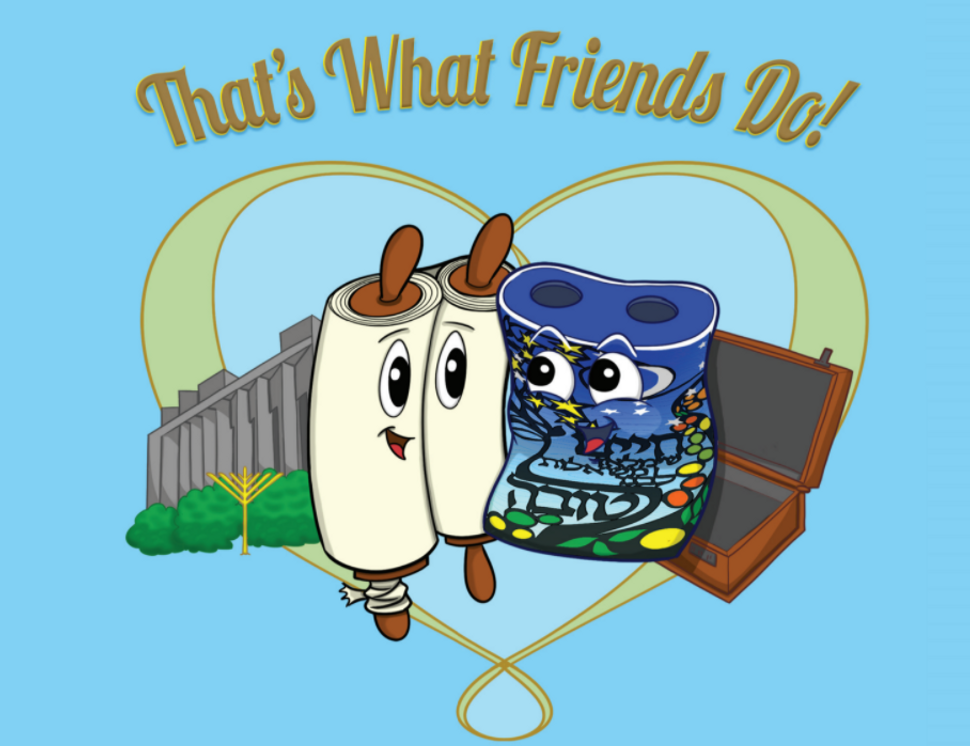 To Cantor Steven Stoehr, Pittsburgh’s Squirrel Hill neighborhood was a haven of ethnic diversity and harmony, with a charm that felt like nothing could disrupt it.

That’s the first thing he wants readers to know in “That’s What Friends Do,” a children’s book he wrote about the aftermath of the 2018 shooting that took 11 lives at Squirrel Hill’s Tree of Life synagogue.

“The book is an attempt to offer some healing,” Stoehr said. “And to send the message to children who read the book, and also I hope, their parents, that the world is a nicer place than it appears to be.”

The story, illustrated by Amber Leigh Luecke, is inspired by the journey which one of Tree of Life’s Torah Scrolls, whose wooden furniture was damaged in the shooting, made around the country accompanied by a special cover commissioned by Stoehr and funded by the Cantors Assembly.

In the real world, the Torah and cover’s journey around the country was an effort to unite the American Jewish community in the wake of one of its worst tragedies in modern history.

“Squirrel Hill was your neighborhood too, just as Columbine could have been ours” Stoehr said. “Everywhere is a possible target but we can’t live our lives huddled in fear.”

In Stoehr’s tale, the Torah scroll overcomes that fear and discovers the true meaning of friendship after it receives the new cover. Together, they help each other to tell the story of that fateful day, and spread a message of friendship and tolerance so that something so terrible might never happen again.

Currently serving as a cantor at Beth Shalom synagogue in Northbrook, Illinois, Stoehr hasn’t lived in Pittsburgh since the 1980s, but it never stopped being home to him.

The attack on Tree of Life shattered that sense of comfort, and like so many others around the country, Stoehr was left grappling for what he could do to offer the community his support.

“There was so much fear and sadness and shock,” Stoehr said. “What can we do after something so unspeakable?”

Many told Stoehr to write a song or prayer, but after he spoke with an old friend and former fellow cantor, Tree of Life’s Rabbi Jeffrey Myers, he came upon the idea of a children’s book.

“As cantors, whose role it is to guide the diverse spectrum of our community, we know education is crucial to long-term change and understanding,” he said. “We can’t teach our children anything if they are paralyzed with fear”

Stoehr hopes that the text will remind people that while the country moves one tragedy to another, recovery doesn’t end when the headlines do.

“We can’t forget about those who are still healing,” Stoehr said. “There’s a lot of healing that still needs to be done.