Biden team indicates slow process back into Iran nuclear deal. Is time on their side? 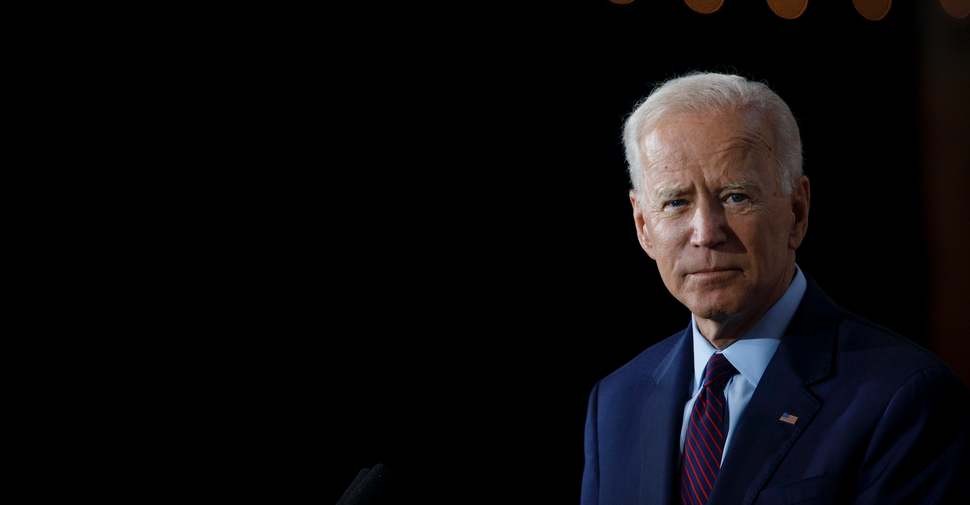 Joe Biden on the campaign trail in 2019. Photo by Tom Brenner/Getty Images

President-elect Joe Biden’s senior national security nominees sought to assure Congress on Tuesday that they will not rush reentry into the 2015 nuclear deal with Iran and will only do so with input from Israel and other Middle East allies and in light of Tehran’s activities in the region.

Iran was a focal point of Senate confirmation hearings for both Anthony Blinken, Biden’s choice for Secretary of State, and Avril Haines, who is slated to be Director of National Intelligence.

“Obviously, the president-elect has indicated that if Iran were to come back into compliance, that he would direct that we do so as well,” Haines, who would be the first woman in the post, told the Senate Intelligence Committee. “I think, frankly, we are a long ways from that.”

Testifying separately before the Senate Foreign Relations Committee, Blinken echoed the sentiment. “We are a long way from there,” he said. “We would have to see once the president-elect is in office what steps Iran actually takes and is prepared to take.”

Blinken pledged to engage with Congress and Israel “on the takeoff, not the landing” of any talks with Iran.

Iran is expected to become one of the Biden administration’s top priorities for its first 100 days, in light of its accelerated nuclear activity and increased military drills. Those recent steps are seen as an effort by Tehran to pressure the new administration to ease economic sanctions that were imposed after President Donald Trump’s withdrawal from the agreement in 2018.

Dennis Ross, a longtime Mideast peace envoy, said in an interview that the “Iranians are trying to make themselves an issue to build pressure on the administration so that they have to be dealt with” and get immediate sanctions relief.

The statements by Blinken and Haines indicate that the Biden administration will take its time before taking steps towards sanctions relief, something experts on Iran’s nuclear program say is wise.

“If the regime does not want to change or temper its behavior,” said Nazee Moinian, an Iranian native and a former adviser to Hillary Clinton. “Then Biden’s best option is to proceed slowly realizing that Iran has much more to gain than America and the West have to lose.”

But analysts are worried that Iran may take steps to force a more immediate response. Ross, a distinguished fellow at the Washington Institute, said: “You can come up with a great theory about how this should work, but they can either force the issue or they could engage in behaviors in a way that actually hardens the position of the administration.”

Aaron David Miller, a senior fellow at the Carnegie Endowment for International Peace, said Iran Is a top priority for Biden “because it is the only issue in the entire Middle East in which you could realistically and possibly see a significant confrontation” with Israel that would entangle the United States.

Unlike the Israel-Palestinian peace process or advancing the Abraham Accords with other Arab countries, Miller said, Iran “is an issue that can’t wait,” noting that both Israel and Iran have elections coming — in March and June — and may seek to escalate the situation for domestic political reasons. “The first two months is a very fraught period,” he said.

In recent weeks, Prime Minister Benjamin Netanyahu of Israel stepped up his campaign against a possible U.S. return to the international accord, whose formal name is the Joint Comprehensive Plan of Action, or JCPOA.

“If we just go back to the JCPOA, what will happen and may already be happening is that many other countries in the Middle East will rush to arm themselves with nuclear weapons,” Netanyahu said earlier this month. “That is a nightmare and that is folly. It should not happen.”

In a campaign ad released on Tuesday, Netanyahu boasted about his battle against Iran, at times going it alone.

In a recent interview, Israeli minister Tzahi Hanegbi stressed that Israel is not opposed to talks with Iran, as long as the “endgame result” prevents Tehran from developing nuclear weapons. Ben Caspit, an Israeli journalist, reported that Netanyahu will share with Biden in their first one-on-one meeting new intelligence backed by the archives Israel seized from Iran in 2018 showing that Iran lied about the nuclear program.

Michael Adler, a Miami developer and close friend of Biden who is believed to be in the running to become U.S. ambassador to Israel, said in a recent interview that while Biden was a loyal supporter of Obama, they were not in lockstep on Iran. “I think if he would have been president then he would have done a different deal,” Adler said, “and I don’t think that going back to the exact deal is what Joe Biden has in mind.”

Before the Jan. 5 Senate runoffs in Georgia, some Jewish Republicans and pro-Israel groups expressed hope that a GOP-controlled Senate would be a firewall against Biden on foreign policy and that Netanyahu would use this leverage in the wake of a looming agreement with Iran that doesn’t address Israeli concerns. But after the election of the Rev. Raphael Warnock and Jon Ossoff, the Senate is split 50-50, with Democrats in control because of Vice President Kamala Harris’s role as a tie-breaking vote.

Richard Goldberg, a senior adviser at the Foundation for Defense of Democracies, said that the confirmation process will be for the Republicans “one avenue to assert oversight prerogatives.” He said he is hopeful that Sens. Chuck Schumer and Mitch McConnell, the Democratic and Republican leaders, may yet come to a power-sharing deal that would bring bipartisan support for oversight and legislation going forward.

Goldberg who was a senior aide to former Sen. Mark Kirk, an Illinois Republican, and spearheaded several rounds of sanctions that were passed over the Obama administration’s objections. He said the fact that Schumer, along with Sen. Bob Menendez — the New Jersey Democrat who is set to become chairman of the Foreign Relations Committee — and Joe Manchin of West Virginia were opposed to the 2015 nuclear deal suggests they might stop Biden from suspending all nuclear-related sanctions that includes relief for terrorism sanctions

“That’s a real sweet spot for opponents of the deal to focus on because it really challenges the idea of granting Iran all the sanctions relief that goes directly to entities tied to terrorism,” he explained, predicting that could become “one of the big areas of bipartisan pushback” against returning to the JCPOA.

Moinian, a former consultant on Iran at the Council on Foreign Relations, said Biden may well be able to thread the needle with Iran in ways that both Obama and Trump could not.

“Biden is uniquely positioned to put his distinguished and capable team on track to signal their willingness to talk if Iran will abide by international norms, respect for sovereignty of neighboring countries and putting the lives of its own citizens above the lives and livelihoods of Palestinian, Syrian, Iraqi and Yemini fighters.” she said. This, she added, “is not too much to ask in exchange for returning to the table, albeit slowly and one step at a time.”

Biden team indicates slow process back into Iran nuclear deal. Is time on their side?