There are at least three days that have been set aside for remembering the Holocaust. Here’s the story behind them. 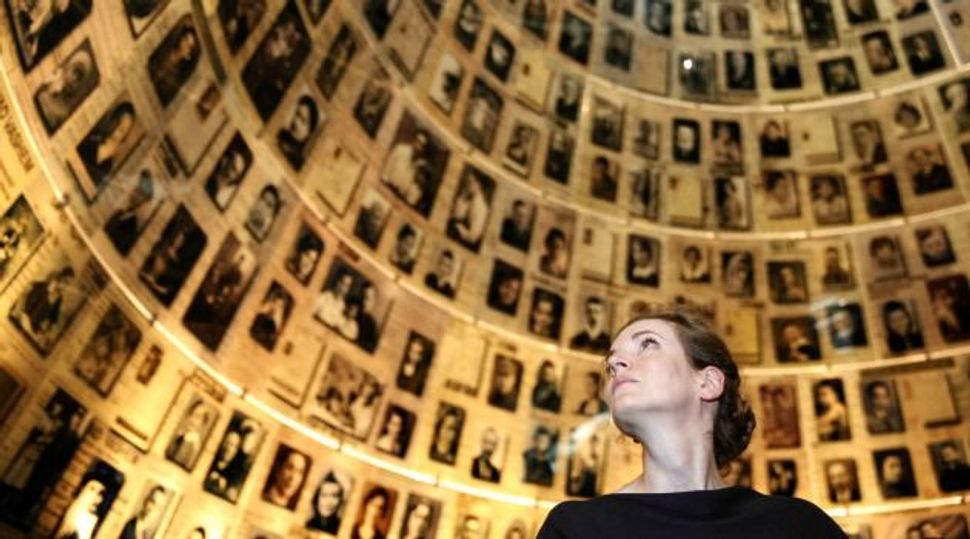 Of course, for those whose families were lost, communities destroyed and way of life forever altered, there are more than enough reasons to remember the genocide of European Jewry on each day of the year, but how were these specific days chosen?

Established in 2005 by a special resolution of the United Nations, the day marks the liberation of Auschwitz by the Soviet Union’s Red Army. Though it is usually the least celebrated within the Jewish community, it has the most international standing. It is often used not just to discuss the Holocaust, but also other genocides of the 20th century as well as those still happening today.

“We must also go beyond remembrance, and make sure that new generations know this history,” Secretary-General of the United Nations Ban Ki-moon said on the day’s establishment. “We must apply the lessons of the Holocaust to today’s world. And we must do our utmost so that all peoples may enjoy the protection and rights for which the United Nations stands.”

Before the U.N.’s resolution, January 27 had been the national remembrance day for the Holocaust in both the U.K. and Germany.

The day attracted extra political attention in the U.S. when President Donald Trump issued Executive Order 13769, commonly known as “the Muslim ban,” on January 27, 2017. For many, the law was reminiscent of those which closed U.S. borders and ports to European Jews fleeing the Nazis. President Joe Biden reversed the order on his first day in office.

Among Jews, perhaps the most well-known Holocaust commemoration is Yom HaShoah — which is marked on the 27th day of the Hebrew month of Nissan, or the evening of Thursday, April 8, this year.

In Israel’s first years as an independent Jewish state, the country struggled to settle on a date to commemorate the Holocaust. At the time, Holocaust survivors made up a significant portion of the population and came from a variety of countries where the war started and ended on different dates and in different years.

However, there was a growing call for some official recognition. “Honorable members of the Knesset, we have seen a graveyard in front of us, a graveyard for six million of our brothers and sisters, and maybe because of their blood, shed like water, we have been privileged to have our state,” Rabbi Mordechai Nurok, a Knesset member, said in 1951.

In 1959, the Knesset ultimately settled on the 27th of Nissan and established Yom HaZikaron l’Shoah v’Gevurah, — Holocaust and Heroism Remembrance Day. The date was chosen to connect the memorial day with the outbreak of the Warsaw Ghetto uprising.

The uprising actually began earlier in the Hebrew calendar, on the 14th of Nissan, which was April 19, 1943. However, the 14th is also the eve of Passover which, according to Jewish tradition, is meant to be a joyous time and celebration of freedom. Therefore, the remembrance day was pushed to the later date which placed it a week after the end of Passover, and eight days before Israel celebrates its independence.

In Israel, the day is marked by two minutes of silence which are heralded by an air raid siren that can be heard around the country. Everybody — including people driving in cars — stops what they are doing and stands in reflection. TV and radio stations generally air Holocaust-related programming.

Elsewhere in the world, Yom HaShoah is observed by synagogues and Jewish community organizations with Holocaust education programing.

While Yom HaShoah is marked by Jewish communities around the world, some Orthodox Jews — particularly in hasidic and haredi communities — dismiss the authority of Israel’s secular government to establish days of mourning or celebration on the Hebrew calendar. Instead, they fold Holocaust remembrance into days which have already been associated with tragedy in Jewish history.

Before the Knesset established Yom HaShoah, the Israeli rabbinate already ruled that Asarah b’Tevet, the minor fast which marked the beginning of both the Babylonian and Roman sieges of Jerusalem, should be a day of national kaddish. This allowed relatives of Holocaust victims for whom the yahrtzeit (date of death) is not known, to mourn their loved ones in a traditional Jewish manner.

Tisha b’Av, one of the most somber days on the Jewish calendar, commemorates the destruction of both the first and second Temples. Many Jewish communities include liturgy about the Holocaust in their services, and synagogues will often screen films and host educational programs that pertain to the Holocaust.

In addition to these days, there many other Holocaust-related remembrance days marked around the world.

April 19th, the start date of the Warsaw Ghetto uprising was one of the first dates set aside by survivors as time for remembrance. Every year, a ceremony is held in New York City’s Riverside park at a monument called Der Shteyn, meaning ‘the Stone,’ which was established in 1947. The heroism of the Ghetto fighters is also marked by Jewish communities around the world, including in Canada, Poland, Australia, and elsewhere.

The genocide of Roma and Sinti peoples which was perpetrated by the Nazis alongside their genocide of Jews is marked around the world on August 2, the anniversary of a mass execution of Roma families at Auschwitz.

How to observe International Holocaust Remembrance Day this year

The Museum of Jewish Heritage is hosting a special online event titled “18 Voices: A Liberation Day Reading Of Young Writers’ Diaries From The Holocaust.” Among those reading excerpts from the diaries are actors Mayim Bialik and Liev Schreiber. Register and find more information here

The National WWII Museum in New Orleans is hosting a webinar with Holocaust survivor Steven Hess who, along with his brother, may be one of the last remaining sets of twins to have survived concentration camps. Register and find more information here

The United States Holocaust Memorial Museum will be streaming its annual commemoration on YouTube this year. Following that, there will be a webinar on Facebook Live about President Dwight Eisenhower’s efforts to make sure that the history of the Holocaust was properly documented. Find more information here

Yad Vashem in Jerusalem will also be streaming their annual memorial event and has made several other educational materials available online.

The Holocaust Center for Humanity will be streaming “Dear Erich,” a Jazz opera by Ted Rosenthal. It is described as a story of tragedy, love and redemption in wartime Germany and Chicago. Get a free ticket and more information here.

The Elie Wiesel Foundation for Humanity and the Women’s International Zionist Organization will hold a star-studded virtual event with Oprah Winfrey, George Clooney, Mayim Bialik, and a musical performance by Israeli singer-songwriter Idan Raichel. The event, on International Holocaust Remembrance Day, will honor Marion’s living legacy, including her visionary work alongside her late husband and Nobel Peace Prize winner Elie Wiesel. Marion Wiesel, the humanitarian and widow of Elie Wiesel, will celebrate her 90th birthday with a virtual event that will be broadcast around the world at 7 pm EST on Wednesday evening.

There are at least three days that have been set aside for remembering the Holocaust. Here’s the story behind them.