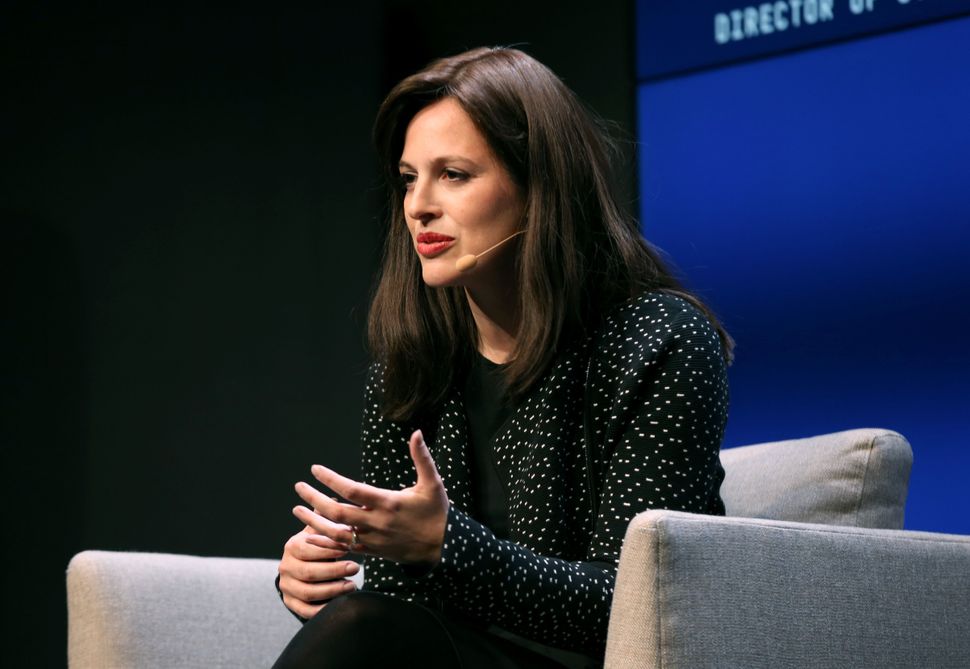 Anne Neuberger speaks onstage at the WIRED25 Summit in 2019. Photo by Getty Images

“We are appalled by recent spurious accusations against our staff,” Emily Horne, a spokesperson for the National Security Council, said. “We welcome oversight and scrutiny, but there is no justification for false and ad hominem attacks based on ethnic, racial, or religious identity,” Horne added, emphasizing that “women and men of the NSC are patriotic, dedicated, and serve their country with distinction. Being forced to endure public smear campaigns should not be part of working on behalf of the American people.”

On Wednesday, a Mother Jones-NBC News report highlighted that a family foundation linked to Anne Neuberger, a senior NSA official recently tapped by the National Security Council to work on cybersecurity issues, had donated hundreds of thousands of dollars to the pro-Israel lobby. Neuberger, an Orthodox Jew from Brooklyn’s Borough Park neighborhood, is widely considered to be one of Washington’s foremost and capable experts on cyber-related matters.

AIPAC criticized the “offensive story,” accusing NBC News of promoting antisemitic charges of dual loyalty. NBC later retracted the article after determining that it fell short of their reporting standards.

NBC has retracted its story on AIPAC donations made by a foundation tied to Anne Neuberger—a senior NSA official recently tapped to join Biden NSC to work on cyber issues—that was jointly published with Mother Jones today. pic.twitter.com/NnVtf1je6m

A separate column published by the Jewish News Syndicate on January 27 accused Maher Bitar, tapped to be the NSC’s senior director for intelligence programs, of being an anti-Israel BDS activist who helped host conferences for so-called “supporters of Islamic terrorism.”

Bitar was the first Palestinian-American to ever work in the White House under the Obama administration, serving as NSC director for Israeli and Palestinian affairs. He recently served as general counsel for Democrats on the House Intelligence Committee, playing a key role in former U.S. President Donald Trump’s first impeachment. He will be a key conduit between the White House and intelligence organizations in his new position.

In the same way that Jewish Dems strongly oppose the vile dual loyalty claims made against our community & another committed public servant, Anne Neuberger, we oppose the egregious smears against Maher Bitar. These attacks are rooted in the same false assumptions, racism & bias.

Biden recently tapped another Palestinian-American, Reema Dodin, to be his administration’s deputy director of the White House Office of Legislative Affairs. Conservative media criticized Dodin for statements she made in college nearly 20 years ago on the Israeli-Palestinian conflict. The Biden-Harris transition team defended Dodin and her previous boss, Sen. Dick Durbin, paid tribute to her on the Senate floor earlier this month.