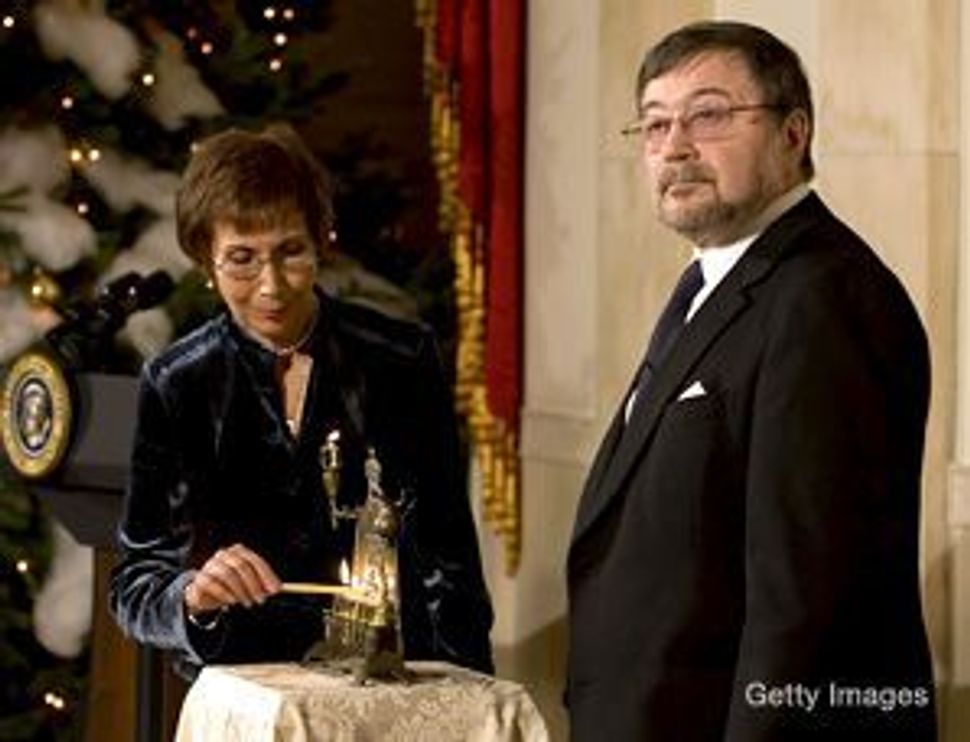 Pearl’s father, Judea Pearl, told the Forward that the family believes two members of the three-judge panel that voted to free Ahmed Omar Saeed Sheikh are “anti-U.S.,” a sentiment that Pearl said was associated with a belief that the United States fabricated his son’s murder.

Daniel Pearl was a Jewish Wall Street Journal reporter who was kidnapped by terrorists and beheaded while on assignment in Karachi in 2002. Pearl’s Jewish faith is widely believed to have played in a role in his murder.

Pearl’s father said that anti-American attitudes in Pakistan have fueled the handling of Sheikh’s case, as well as those of his three accomplices, all of whom were acquitted by a lower court in April nearly two decades after their original convictions.

“The sentiment rules the rulings,” Judea Pearl said in an interview Friday, “and the sentiment is basically anti-U.S.”

Pearl said he did not know whether the judges who overturned Sheikh’s 2002 murder conviction believed conspiracies about his son’s death but said “the rumor is that they are deeply anti-American.”

The supreme court judges who voted to uphold Sheikh’s acquittal are Mushir Alam and Sardar Tariq Ayoob, according to Pakistani newspaper Dawn.

Nomani said that Pearl’s autopsy, including confirmation of his identity by the FBI, has never been entered in the court record and that the regional court that overturned Sheikh’s conviction last spring falsely said in its decision that Pearl’s body had never been found.

“According to this theory — which is still popular in Pakistan — Daniel is alive and hiding some place,” Pearl said. “It’s as if I should expect a phone call from my son Danny.”

The nineteenth anniversary of Pearl’s death is Monday.

Anti-Americanism has a long history in Pakistan and in its contemporary form leans heavily on antisemitic tropes.

Nadeem Paracha, a columnist for Pakistani newspaper Dawn, described the outlook as, “based on rehashed conspiracy theories that mix age-old anti-Jewish tirades and paranoid fantasies about Zionists, Freemasons and the Illuminati.”

The Sindh regional government has requested that the Supreme Court review its decision to free Sheikh and Judea Pearl said that the family’s attorney would file its own petition in the case.

The U.S. government has also called for Pakistan to keep Sheikh in detention and that if the acquittal stands it will request extradition to try Sheikh in U.S. courts.

Pearl said he was optimistic that Sheikh’s conviction would be restored if a new panel of judges considers the case.

After the ruling was announced on Thursday, Pearl said that by freeing his son’s killers the court had effectively placed moral responsibility for the murder on all of Pakistan.

“The court ruling says, ‘We have found the defendant not guilty — which means that we, with our institutions, with our enlightened judgement, came to the conclusion that the crime was not committed here,’” Pearl said. “Which is another way of saying we take responsibility for whatever took place.”