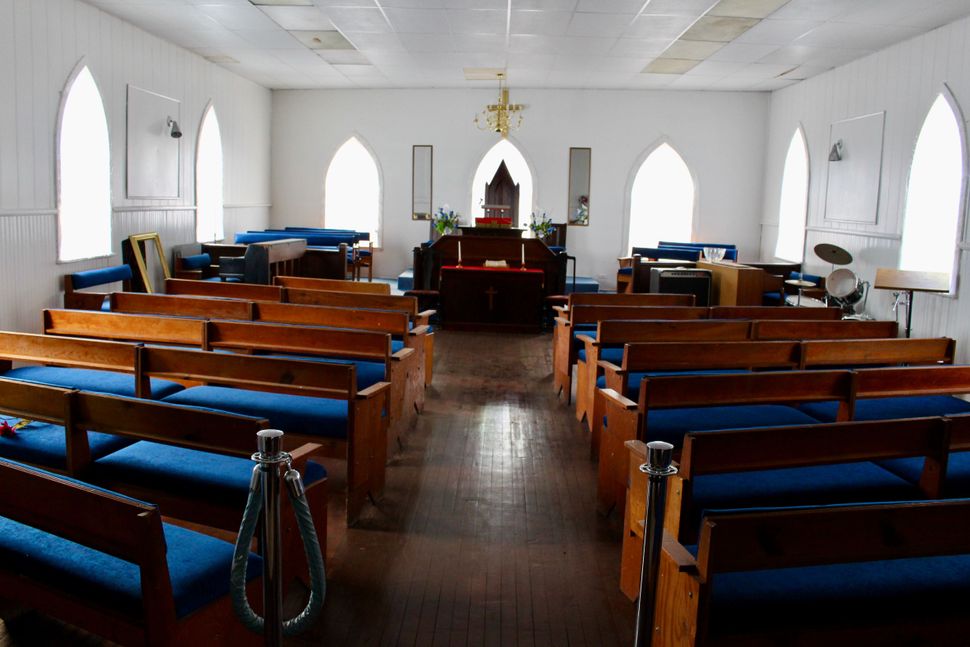 The former sanctuary of the Hebrew Association of Amityville is now the Mount Clear Baptist Church. Photo by Brad Kolodny

Walk by Mount Olivet Baptist Church in Harlem and you’ll notice something interesting. A Star of David can be seen atop each of the four fluted Ionic columns at the main entrance, leaving a subtle trace that it was once used a synagogue.

It’s a familiar story often told in cities both large and small across the country. Groups of Jews establish themselves in a certain neighborhood until urban sprawl or other factors cause families to move out, placing down roots elsewhere. Those congregations left behind are forced to downsize with declining membership. Synagogue buildings are eventually sold, often becoming houses of worship for a different faith.

In more recent years, countless Conservative and Reform congregations in Nassau and Suffolk counties have faced declining membership from a different set of circumstances than their grandparents in New York City encountered, but this generation has ended up in the same predicament having to deal with an empty synagogue no longer in use.

Congregations on Long Island have consolidated at a dizzying pace with 30 mergers in the last 25 years. As a result, the members of one congregation attend services and programs based out of the building of their consolidation partner. The vacated synagogue is put up for sale and is either sold to a developer and torn down or is purchased by a church. In at least three cases on Long Island, Black churches have moved in providing a new home for their own growing congregations.

The first such example occurred in the village of Amityville. The Amityville Hebrew Association purchased an existing two-story building at 39 Greene Avenue in 1944 and converted it for use as their synagogue with the upper floor serving as the sanctuary. By 1957, the Hebrew Association was expanding, had changed their name to Beth Sholom Center of Amityville and The Massapequas, and built a new synagogue on County Line Road. The building on Greene Avenue was sold to Mount Clear Baptist Church and is still in existence today at the same location. 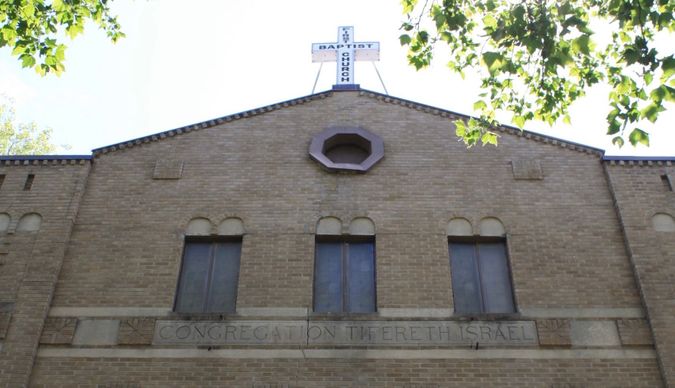 The words ‘Congregation Tifereth Israel’ can still be seen on the exterior of the First Baptist Church of Glen Cove. Photo by Brad Kolodny

A similar situation occurred on the north shore in Glen Cove. Congregation Tifereth Israel was organized in 1897 and built their synagogue in 1928 on Continental Place. Growth from the baby boomers led the congregation to purchase land on Hill Street where their current synagogue opened in 1961. The building on Continental Place was sold and is used by the First Baptist Church of Glen Cove, another mainstay of the community.

In 2011, Congregation Beth David in Lynbrook merged with B’nai Sholom of Rockville Centre. Their building at 188 Vincent Avenue was purchased by Kingdom Ambassadors Global Ministries with the exterior remaining much as it was during its 83 years as a synagogue. The structure is unique as the only synagogue designed in the Moorish revival architectural style on Long Island. 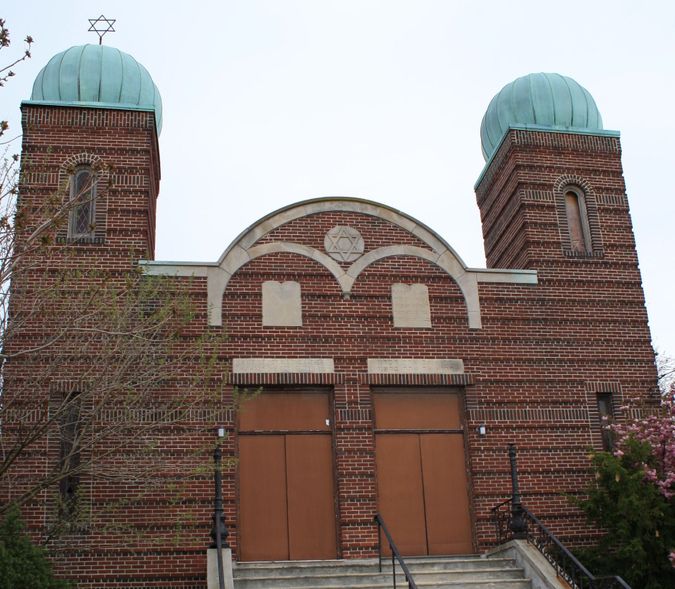 Kingdom Ambassadors Global Ministries looks much the same as it did when it was Congregation Beth David. Photo by Brad Kolodny

The phenomenon of Black churches supplanting the previous Jewish tenants has also occurred in other suburban communities in the New York area and across the country. The Berea Seventh Day Adventist Church occupies a former synagogue at 67 South Broadway in view of the Hudson River in Nyack, NY. It was built in 1924 for Congregation Sons of Israel that moved to a new property on North Broadway in 1965. The Friendship Worship Center in Mount Vernon is located in the former home of Emanu-El Jewish Center that relocated to Scarsdale. They were part of a merger with Genesis Agudas Achim of Tuckahoe that created Shaarei Tikvah in 1998. 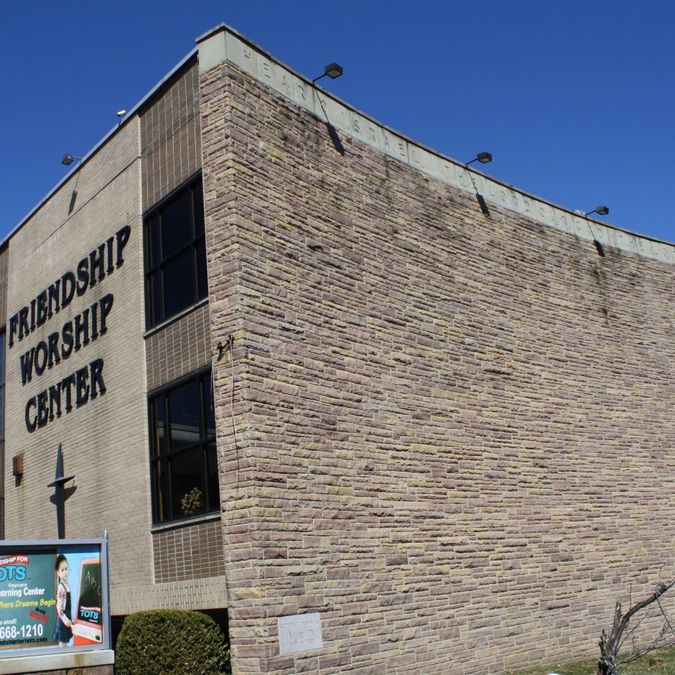 Passersby can still see the words of the Shema prayer on the side of a church in Mount Vernon, NY. Photo by Brad Kolodny

Some of these synagogues-turned-churches went through an extensive makeover by their new owners, while others retain their original character with hints of their former use. At the First Baptist Church in Glen Cove, the name Congregation Tifereth Israel is still clearly visible, engraved in a concrete slab above the tri-arched entrance. At Kingdom Ambassadors in Lynbrook, two decalogues are centered over the doorway. And in Mount Vernon, the words of the Shema prayer adorn the face of the Friendship Worship Center building at the roof line for all to see while driving past the church on East Lincoln Avenue.

Brad Kolodny is the author of “Seeking Sanctuary: 125 Years of Synagogues on Long Island”.