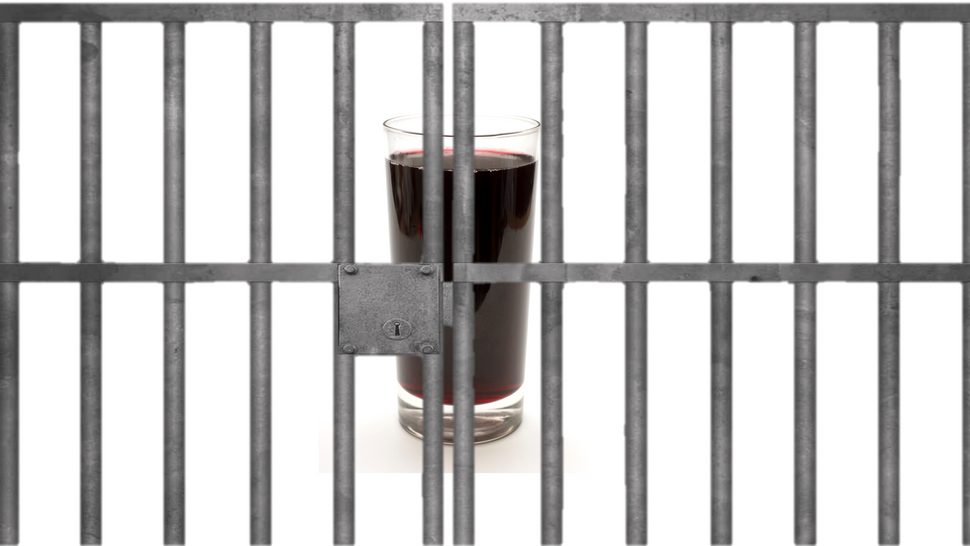 Plutzer had wandered into one of many small battles for power and control that happen behind bars. She and several other people who have worked with Jewish detainees at Rikers said that, over the past five years, they have repeatedly heard that some corrections officers confiscate the grape-juice bottles to trade as a commodity in the jail’s black market, or withhold it from detainees that they dislike or that they think are not actually Jewish.

While access to grape juice may seem trivial compared to drug sales, sexual abuse, violence and other prison tales from the screen and from real life, this dispute has broader implications for one of the few freedoms afforded to people who are incarcerated.

“The things that happen in a jail are so convoluted,” Plutzer said. “To just say, ‘How come the Jews are not getting the juice?’ is such a long answer, because it’s not that simple.”

Rikers, New York City’s main jail complex, is one of many correctional facilities in the country that supplement their food programs with accommodations for Jewish inmates, including providing kosher food and grape juice for making kiddush on Shabbat.

Rabbi Joseph Potasnik, head of the New York Board of Rabbis, which oversees the chaplaincy programs at prisons and jails around the state, said when contacted this week that he had not heard of the problem. But after being alerted to it, Potasnik reached out to people who work at the jail to confirm it.

“There is an issue of grape juice being taken — not by inmates, but by officers,” he said. “We will correct it. It’s just not acceptable.”

A spokesman for the city’s Department of Corrections, Jason Kersten, similarly said the Forward’s inquiry was the first he had heard of the missing grape juice, and said the department was opening an investigation into it.

“We respect the rights of people in custody to practice their religious beliefs as they would in the community,” he said in an email. “Any attempt to curtail this right is absolutely unacceptable.”

It is difficult to estimate how many people may have been affected by this problem. Rikers is a jail generally used for temporarily holding suspects before their trials, so the number of Jews inside is always in flux — about 50 people attended Rosh Hashanah services in 2015, a then-chaplain wrote in a personal essay.

But a perennial problem in jails and prisons is that some incarcerated people falsely claim to be Jewish to get perceived perks like grape juice or kosher food.

Potasnik said that the grape-juice problem at Rikers is “limited,” and that it varies by housing area and even by weekend; sometimes, he said, the grape juice shows up with meals as promised. He added that, in general, New York State has done a lot to support Jews while they are incarcerated, including opening a kosher kitchen in Rome, New York, that ships food to all of the state’s 52 facilities, plus some county facilities — more than 1,000 meals each week.

But he said the question of how to distribute grape juice safely and in line with Jewish law has proven a problem at Rikers.

Jewish law dictates that kiddush — a prayer sanctifying the Sabbath or a holiday — be made over at least four ounces of wine or grape juice. Since Rikers does not host services on Shabbat itself, the Department of Corrections has decided that Jewish prisoners are instead entitled to a proper serving of grape juice in the mess hall or in their cells, depending on the housing area and the individual.

(At many facilities, services are scheduled based on the timing that is convenient for the facility and for the chaplain, making the chaplains themselves unable to distribute the grape juice on Shabbat.)

In some programs, like the one at Rikers, Jewish detainees are supposed to get grape juice on both Friday night and Saturday morning, distributed with their regular meals. Officers and inmates are both involved in delivering juice (in cups) and the meals. But people who have worked with Jewish detainees said there’s no guarantee that the juice does not get drunk before it makes it to its destination.

Yehuda Pryce, a social worker, said in an interview that when he was serving a 16-year sentence for robbery at California Men’s Colony State Prison that finished in 2018, he used water mixed with Kool-Aid to make kiddush because he could not get grape juice.

Plutzer, the former Rikers chaplain, said the jail uses 32-ounce bottles of Kedem grape juice, and kitchen workers are meant to divide it into cups for each Jewish inmate. But the bottles have become valuable for trading, she said, because they’re good for making alcohol by fermenting fruit or other drinks. Some officers trade the bottles with detainees for favors or other contraband, said people who worked with Jewish detainees in the jail.

Kedem did not respond to a request for comment.

Other times, some officers withhold the juice if a detainee is seen as being difficult or bothersome, or if officers suspect the detainee is not Jewish, said people who worked with Jewish detainees in the jail.

“That becomes a struggle between the detainee and the officer,” Plutzer said. “It’s an insane culture.”

Plutzer and others who have worked with Jewish detainees at Rikers said they have tried to improve the grape-juice delivery system at the jail. They’ve considered juice boxes (but the straws could be dangerous). They’ve spoken to Jewish chaplains at far-flung facilities that freeze individual cups of juice and have floated using smaller eight-ounce bottles that Jews can use Friday night and then reseal before Saturday morning kiddush. But, they said, none of these options has yet been accepted.

In addition to opening an investigation, the city is considering juice concentrate, said Potasnik of the New York Board of Rabbis.

“The little things are very often the big and important things,” he said. “The idea of celebrating Shabbat when you’re in prison can be uplifting — something to look forward to.”

“We’re not going to have more disappearing grape juice,” he added.