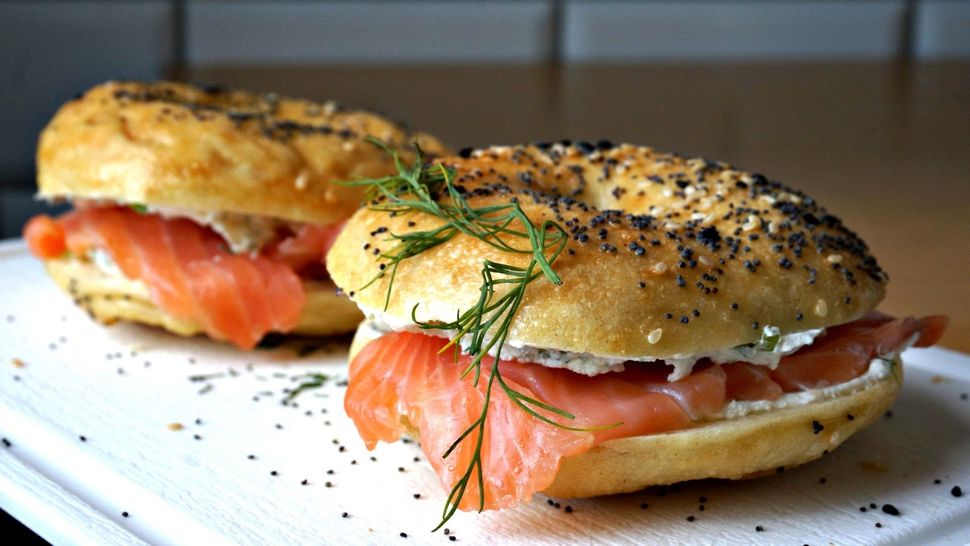 An appetizing classic: bagels and lox. Image by bohemia8/istock

For National Bagels and Lox Day, which recognizes one of America’s favorite bagel combinations, we asked 10 of New York City’s leading mayoral candidates what they put on their favorite bagel type. Perhaps to nobody’s surprise, the eight candidates who responded to our questionnaire were split on their choices.

Brooklyn Borough President Eric Adams, who recently underwent a plant-based diet to help with his diabetes, said that by cutting carbohydrates and sugars, “missing out on bagel is a real challenge.” But, for him, lox was never an option even before the diet.

Andrew Yang, who is probably cutting costs for a rainy day, seems fine with just a schmear of scallion cream cheese. Councilman Carlos Menchaca from Brooklyn is a ‘plain cream cheese’ guy.

Read the full answers below:

Scott Stringer: Everything bagel with lox and tomato.

Eric Adams: As a plant-based New Yorker who’s reversed his Type 2 diabetes by cutting carbohydrates and sugars, missing out on bagels is a real challenge! I loved a good cinnamon raisin bagel with cream cheese, and now I make my own bread with flaxseed and vegan cheese.

Maya Wiley: I can’t resist an everything bagel with cream cheese and lox from Catskill Bagel on Cortelyou.

Kathryn Garcia: I love an everything bagel – open face – with cream cheese, a slice of tomato, capers, lox, and onion, from Bagel Hole in Brooklyn.