The six rabbinic ordainees including Rofeberg (left) received smicha , transmitted via hands from their teachers – some with the hand-configuration of the Priestly Blessing and others just with their hands raised without a specific hand-configuration. Image by Jonathan Langberg 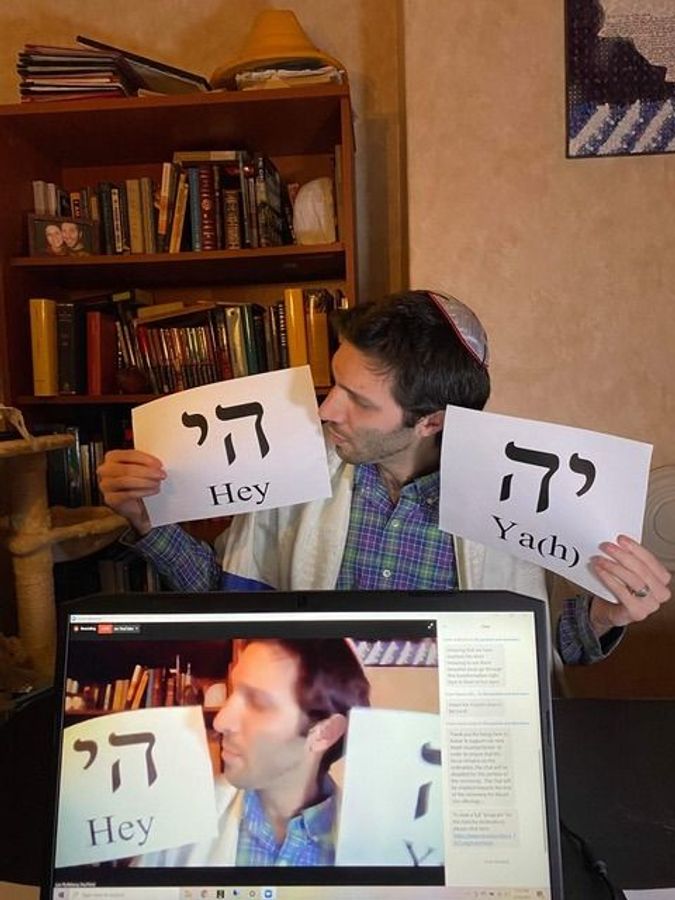 Lex Rofeberg in the midst of delivering his D’var Torah during his recent ordination. Image by Valerie Rofeberg

Lex Rofeberg was a junior in college and thinking about becoming a rabbi when he hit a roadblock: he was dating a non-Jew.

A representative from Hebrew Union College-Jewish Institute of Religion, the Reform movement’s seminary, visited Brown University to talk to prospective students, and was questioned by a fellow student about a policy Rofeberg didn’t know existed: that HUC didn’t allow students in with non-Jewish partners.

Lex Rofeberg in the midst of delivering his D’var Torah during his recent ordination. Image by Valerie Rofeberg

“I had no idea they had that policy,” said Rofeberg, who later married that partner and now lives with her in Providence, Rhode Island. “As someone who grew up as a Reform Jew, it never even occurred to me.”

The more Rofeberg thought about it, the more it bothered him.

“I think the fact that I was barred by a bunch of rabbinical schools because of my partner is part of what clinched for me that I wanted to become a rabbi,” he said.

Rofeberg, who cohosts the Judaism Unbound podcast, was ordained last month by ALEPH, the online seminary of the Jewish Renewal movement.

While Rofeberg, 30, said he has many issues he cares deeply about — he prefers to call them “missions” — but has been particularly outspoken about rules against intermarried rabbis. He said he often hears from other rabbis and would-be rabbis who share his dilemma but for a variety of reasons cannot be as public about it.

“I want to help create a world where we see all Jewish family backgrounds as deep and equal contributors to the Jewish future,” he said. The six rabbinic ordainees including Rofeberg (left) received smicha , transmitted via hands from their teachers - some with the hand-configuration of the Priestly Blessing and others just with their hands raised without a specific hand-configuration. Image by Jonathan Langberg

No one keeps statistics on how many rabbis have non-Jewish partners. Leaders of the two movements that admit rabbinical students in that situation, Renewal and Reconstructionist, each say it is a small percentage.

Reform, Conservative and Orthodox seminaries do not admit students with non-Jewish partners. Nor do the non-affiliated seminaries Hebrew College in Boston and Academy for Jewish Religion in New York and Los Angeles. (Of these, only AJR in N.Y. has the policy stated on its website. The Conservative and Orthodox movements also prohibit their ordained rabbis from officiating at marriages of Jews and non-Jews. The International Institute for Secular Humanistic Judaism’s rabbinic program has accepted and ordained intermarried rabbis from its initiation in 1992. The Center for Radically Inclusive Judaism has a resource that includes a history and reading list of past discussions of the issue, and new essays by people deterred by the restrictive policies.

Rabbi Adam Allenberg, senior director of the office of recruitment and admissions at the Reform movement’s HUC, said he deals with the intermarriage question practically every week in taking calls from prospective students, and that it is an increasing challenge in recruitment. 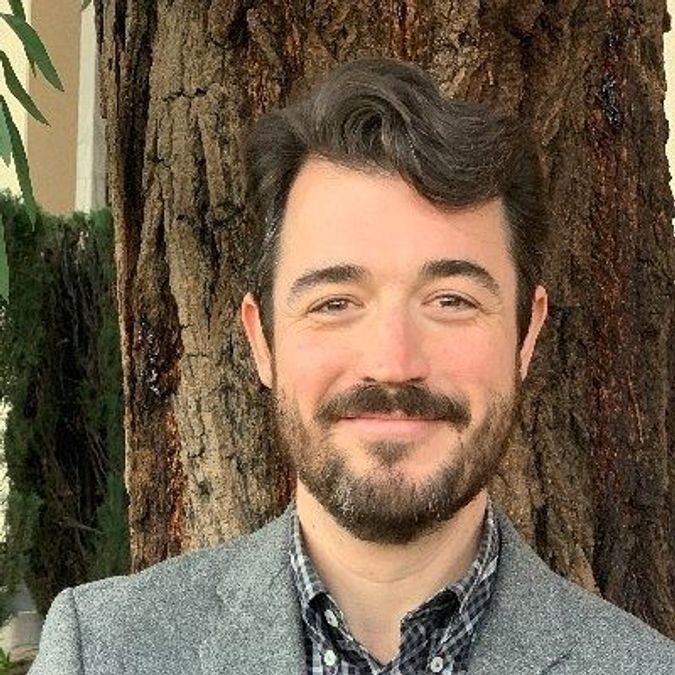 Many aspiring Reform rabbis were raised Jewish in homes with a non-Jewish parent, Allenberg said, and knew many interfaith couples participating in their congregations, so are surprised — and troubled — by the policy.

“I always tell them that it’s far from unanimous, and it’s a very active debate,” he said, adding that the policy presents a recruitment challenge. “If the Pew research study tells us anything, that means that 40 to 60% of our eligible pool of students isn’t eligible.”

It’s a conversation that is never easy, said Allenberg. “It’s hard for many to understand, as it’s 2021 and people expect they can be their full selves in all spaces,” he said, adding that in the seven years he’s been in this position, the numbers of these calls only continue to increase.

The landmark 2013 Pew Portrait of Jewish Americans study Allenberg referenced found a 58% intermarriage rate among American Jews, 71% among non-Orthodox Jews. Given such numbers, Rofeberg said the rabbinate should be more reflective of the congregations it serves.

ALEPH, the Renewal seminary, has never had a policy against ordaining rabbis with non-Jewish partners. Philadelphia’s Reconstructionist Rabbinical Seminary changed its policy in 2015. 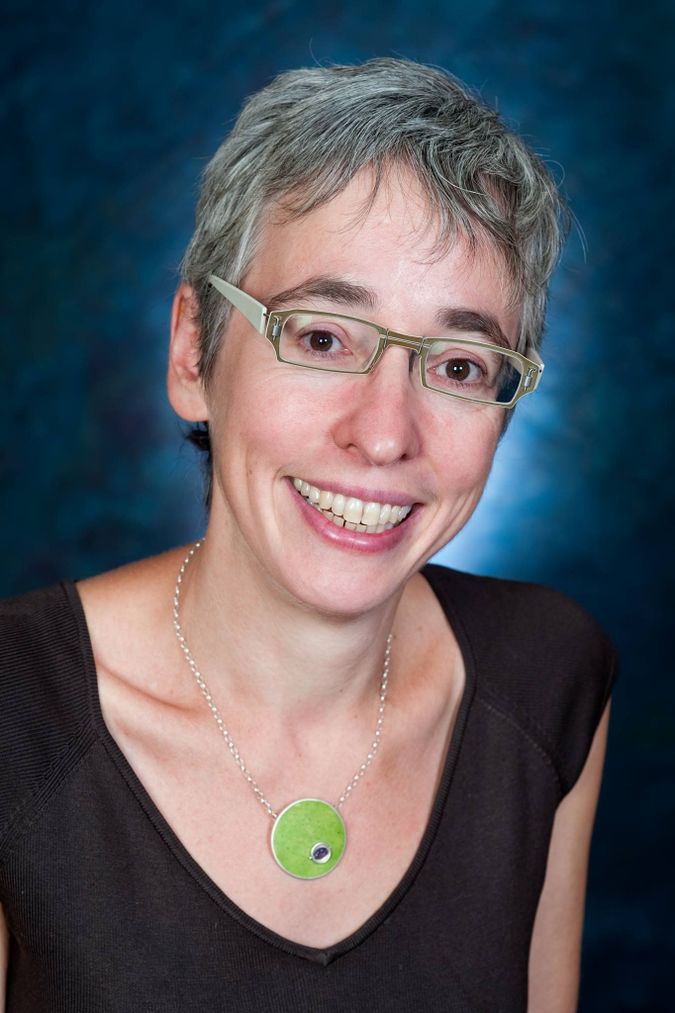 “Ultimately, the rationale was that for much of the 20th century, there was an assumption that if you were married to a non-Jew, that said something about your degree of commitment to the Jewish people and the centrality of Judaism in your life,” said Dr. Elsie Stern, RRC’s vice president of academic affairs. “But what had become really clear by the beginning of the 21st century was that that wasn’t true.”

Stern and Reb Marcia Prager, director and dean of the ALEPH ordination program, both noted that in some households with two Jewish partners, religious practice or engagement still varies widely.

No matter their level of observance — or their identity — the partners of clergy need to be prepared for their new role, said Prager, including “unanticipated community expectations and projections.”

“This is, frankly, true even if both spouses are Jews,” she added, “as the ways in which people identify as Jewish and their feelings about, and comfort with, Jewish religious vocabulary and practice are widely varied to say the least.”

It’s a point that Lena Sclove has given a lot of thought to. A prospective rabbinical student in a chaplaincy program in Nashville, Sclove came to Judaism mostly on her own, as her parents were both born Jewish but drifted away, becoming practicing Hindus. Her husband is Hindu as well, but joins in her Jewish practice. 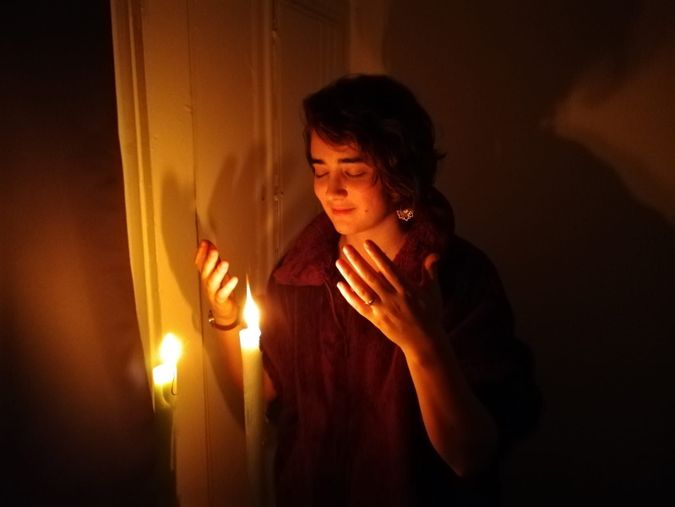 The Reform movement reconsidered its policy after the 2013 Pew study but decided not to change it, Allenberg said.

“The justification for it is relatively straightforward,” he explained. “The consensus is that the American Jewish community still thinks of clergy differently and expects rabbis to be exemplars of a Jewish home.”

Allenberg pointed to the Reform movement’s rabbinical arm, the Central Conference of American Rabbis, official response on the matter, which says, “although we welcome mixed-married households into our community, we do not condone mixed marriage itself.”

He acknowledged that there are some members of the conference who have non-Jewish partners – either those who met their partners post-rabbinical school or those who didn’t go to HUC – but said that the seminary sees itself as the gatekeeper when it comes to ordination. 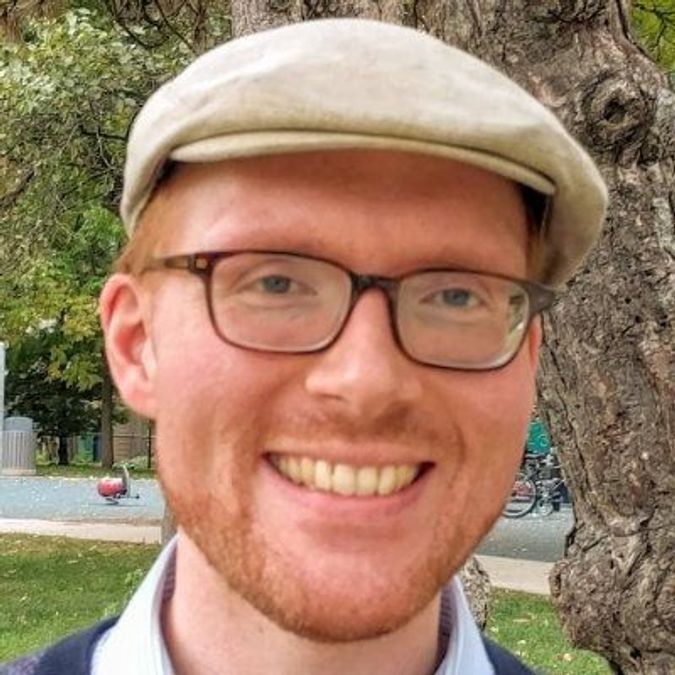 A few Reform rabbis have openly criticized the policy, including Rabbi Daniel Kirzane, himself the product of an interfaith marriage. Kirzane, who is associate rabbi at Oak Park Temple outside Chicago, has been writing about the issue since he was a rabbinical student; in one case, he debated a fellow rabbinical student in the journal Sh’ma.

The Reform movement changed its position in 1983 to include those with patrilineal descent as Jewish if they were raised Jewishly, creating huge divisions with the other movements as well as in Israel. The same could happen with ordaining intermarried rabbis, Allenberg said.

“We have alumni all over the globe, serving progressive Jewish communities everywhere. We have 115 of our alumni ordained in Israel alone. The moment we make this change, it could cast doubt on all of them,” said Allenberg. 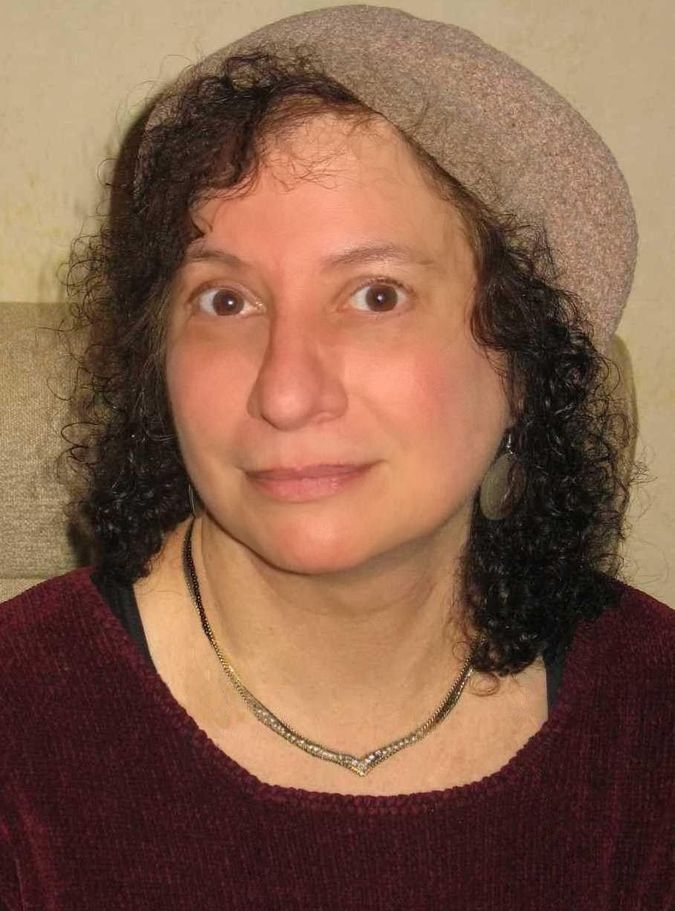 Both Stern and Prager said they had come to believe that when serving communities in which many members are intermarried, rabbis in the same situation can be uniquely qualified to meet congregants where they are.

“I’ve heard it expressed many times that when congregations in those circumstances are seeking spiritual leadership, they feel their needs will be most compassionately understood by a clergy person who knows from personal experience how that can work,” said Prager of ALEPH.

“Even if I had married someone Jewish, there would be an interfaith component to my family,” said Sclove. “I like to think that that complexity is an asset in what I have to offer.”

Alix Wall is a freelance journalist in the Bay Area.