Angry at discrimination, a rabbi creates a shul, and seminary, serving the Deaf community 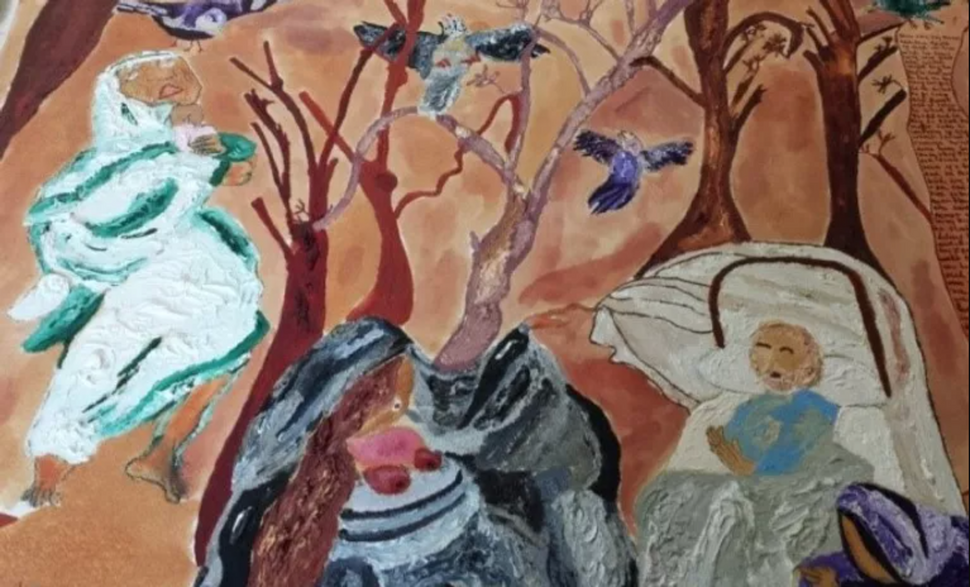 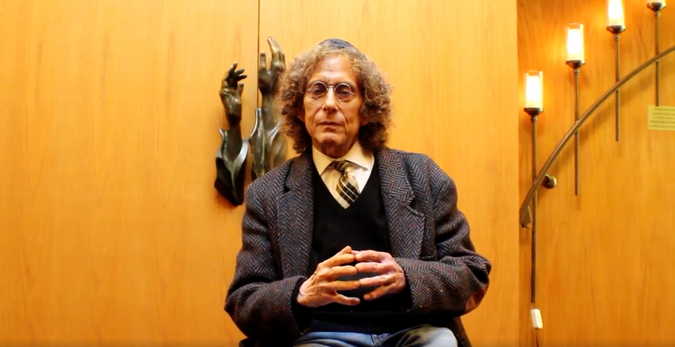 When he was just 30 days old, Rabbi Douglas Goldhamer suffered a botched radiation treatment for a skin ailment, leaving half his body discolored. Growing up he was often teased and treated differently.

Eventually, Goldhamer found his career calling in the seminary, attending Hebrew Union College in 1967.His experience as an outsider led him to focus his thesis on disability and the rabbinate. Even though he was brought up in Orthodox Judaism, he felt a great affinity towards liberal Judaism, believing in the spirit of the law and translated halachic Judaism spiritually.

“I saw so much discrimination was aimed at the Deaf community, more than at the blind or other disabilities,” he said. “The Talmud says that there’s a correlation between deafness and lav bar deah which means lack of mental acuity. Deaf people don’t have the intellectual acumen as people who hear, so says the Talmud.”

When Goldhamer read about how Deaf people were pushed around by Jewish law and discriminated against, he could relate.

Following his ordination, he heard that a student rabbi in Chicago was working with 22 deaf families but was leaving for Israel. Goldhamer went to Chicago to investigate and started working with them.

“I fell in love with the Deaf community and fell out of love with the laws treating the Deaf miserably,” he said. “Deaf people were not allowed by the Talmud to become a rabbi, become bar mitzvah, or to even read prayers from the bimah.” 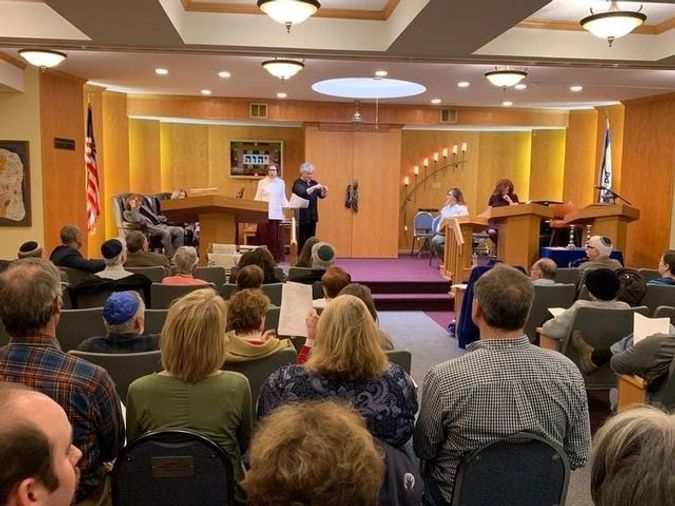 In 1972 Rabbi Goldhamer founded Congregation Bene Shalom in Skokie, Illinois, the first of its kind in the United States to serve the Deaf Jewish community.

After 15 years it became a congregation that also included hearing congregants who, it turns out, reveled in the painted pictures created by ASL. These hearing individuals make up a majority of congregants and cover most temple dues. Due to limited accessibility to jobs, Deaf people often face financial hardships, so the temple relies on support from its hearing congregants.

In 1992, Goldhamer started the Hebrew Seminary, training hearing and Deaf rabbis to work with the Deaf community and be fluent in ASL. To date, the seminary has graduated 20 rabbis, all but one of whom have found employment. The students have Jewish and Christian teachers.

“We don’t believe that Judaism is the only religion to which God manifests himself as He did to Moses,” Goldhamer said, “He manifested himself to Jesus, Buddha felt the holy presence, all these great people have been touched by God, no one better, no one worse. That is the theme of our seminary.”

Peggy Bagley, the synagogue’s executive director since 1993 and Goldhamer’s wife, said that the seminary is a second-career institution. 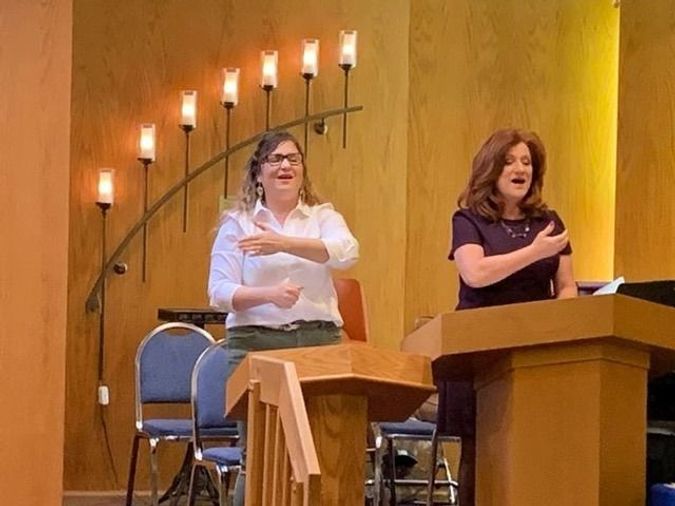 “We are more flexible because students can come part time while still working a full-time job,” she said, pointing out that they have ordained many women in their 30s or older who would be unwelcome in many Jewish seminaries who “don’t want older women.” Of the rabbis teaching at the seminary, Bagley said, “we have Reform rabbis, Conservative rabbis, and Orthodox rabbis, something you don’t find at other seminaries.”

The first woman rabbi ordained in the U.S., Sally Priesand, graduated with Goldhamer from Hebrew Union College in 1972. Following his ordination, as he was building Bene Shalom, the synagogue received unsolicited $5,000 gifts annually for several years. “As the first woman rabbi, she had speaking gigs all over the country, so she would send half of what she made to the synagogue,” Bagley said. Priesand recognized that, while she was able to break a Jewish barrier, there were additional Jewish barriers yet to break. 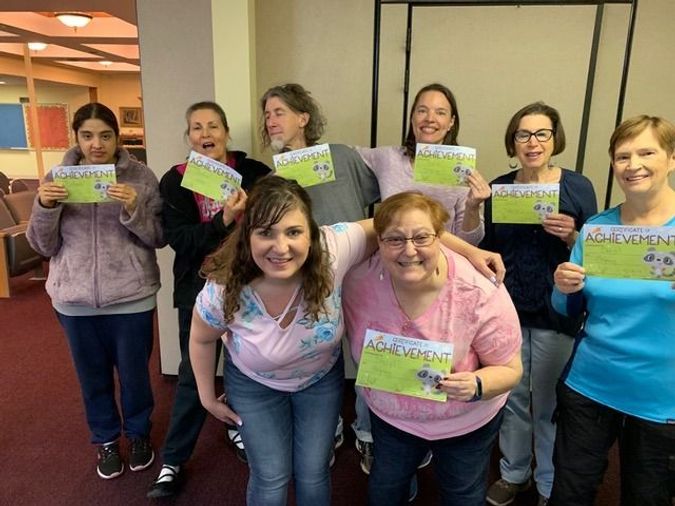 Goldhamer has a knack for befriending trailblazers. He teaches a Sunday class on Zoom about Jewish and Christian perspectives on the Psalms with his best friend, Associate Reverend Richard Mercer of Tabernacle Missionary Baptist in Evanston. The two preach at each other’s houses of worship and lead interfaith services together. Following a recent automobile accident, Goldhamer has been re-learning to walk and Mercer comes by daily to help. Recently they have worked to raise money to support the synagogue, which has struggled during the pandemic.

Goldhamer not only painted pictures in the air with ASL, but started to paint actual pictures.

When Bagley, who has a Masters in art history, learned that Goldhamer had never been to a museum, she said “What’s wrong with you?!” She dragged him to an art museum in 1988 where, like a child seeing a Jackson Pollock, his first reaction was “I could do this.” He mostly paints on parchment and repurposes actual Torah pages which customarily were set to be buried, breaking with tradition once again. His work, which he describes as “expressive, primitive, and mystical” has been featured in several galleries. 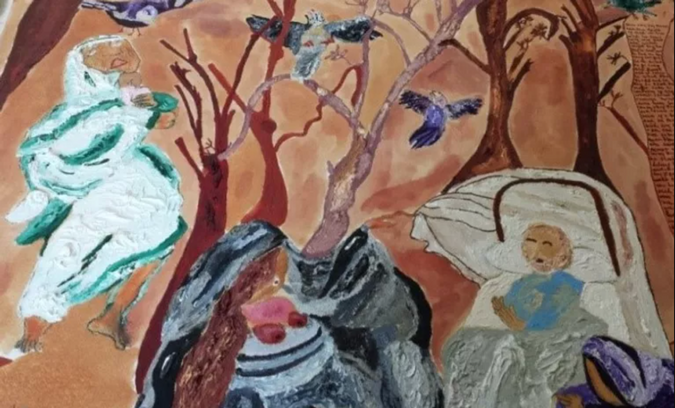 In addition to the synagogue, seminary, interfaith work, and painting, Goldhamer teaches Kabbalah and has authored two books, the most recent with Bagley is “Healing with God’s Love: Kabbalah’s Hidden Secrets.” (He is also, in full disclosure, a mentor. In 2000 I reached out to Rabbi Goldhamer with the idea of starting a Deaf film festival in Chicago. He immediately championed the idea and helped me get started in a career in fundraising, accessibility, and the arts.)

Goldhamer is grateful times are changing. “Many rabbis now are knocking down the walls of bigotry,” he said, “Every person whether Deaf, blind, African American, Christian, Jew, should be allowed to sit in any pew in a synagogue.”

Angry at discrimination, a rabbi creates a shul, and seminary, serving the Deaf community