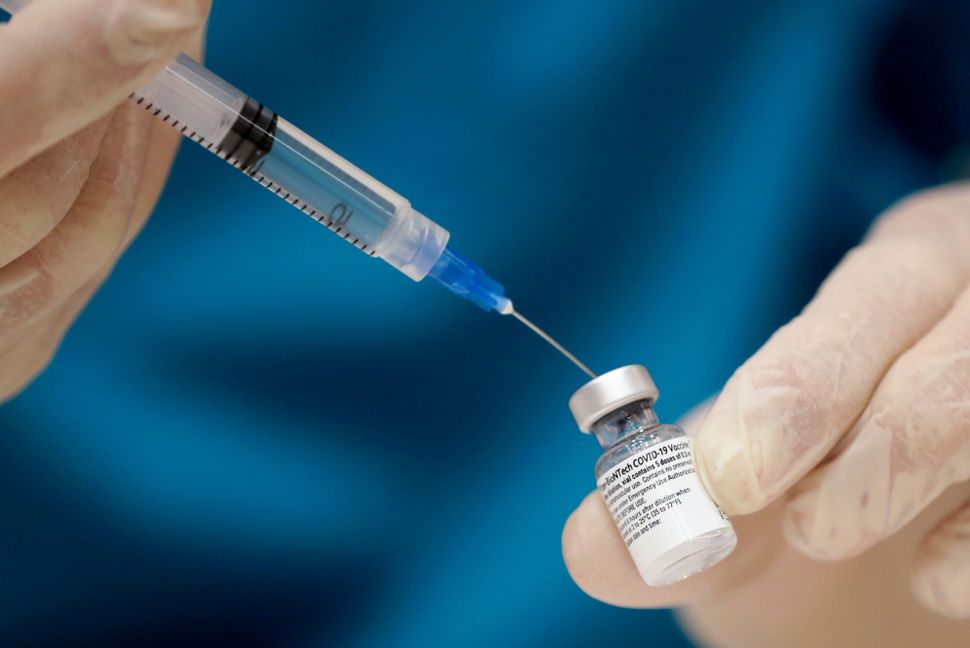 A medic prepares a dose of the COVID-19 Pfizer/BioNTech vaccine on February 14, 2021. Photo by ANWAR AMRO/AFP/Getty Images

Jonathan Kempner, a 69-year-old Maryland resident, hasn’t seen his daughter in nearly a year. The day he became eligible for a vaccine — Jan. 25 — he sat at his computer, ready to click on all eight possible registration links the moment the clock struck 12:01 a.m. None worked. Early that morning (“I’m not a morning person,” he said), he tried again. Still nothing.

On a whim, and out of frustration, Kempner signed up for a service his sister had told him about: George Washington University’s Hillel was partnering with the Edlavitch DC Jewish Community Center to match student volunteers with older adults in need of help getting access to the vaccine. “I must say I had no reason to believe it was especially fertile,” Kempner said, “but as the saying goes, you miss all the shots you don’t take.”

But by mid-morning, he got a text from his assigned student, asking for his basic information. Two hours later: “She called, she said, ‘You’re all set.’” On Jan. 27, Kempner got his first dose of the Moderna vaccine.

In less than a month, the JCC-Hillel initiative has registered 105 seniors for vaccines as of Thursday morning, according to Adena Kirstein, the executive director of the GW Hillel. More than 780 seniors have requested assistance via the program, and around 300 people have signed up to volunteer — two-thirds of them, students. Now, the group is in touch with Repair the World, the Jewish community service nonprofit, discussing strategies for bringing their grassroots effort nationwide.

“We’re building a plane as we’re flying it, for sure,” Kirstein said. When Dava Schub, the head of the DCJCC, first reached out to Kirstein with the idea three weeks ago, “I jumped on the opportunity, it seemed like a no brainer.”

For Schub, the idea for the project came from “seeing all the ways in which the pandemic has exacerbated loneliness and isolation and inequity” — and watching through her own parents’ example how the vaccine enrollment process “amplified all of those pain points.”

“The DCJCC is in the business of community-building,” Schub said. “It felt like a moment when we could do something very small — connecting one person to one person — that could have a very big impact.” 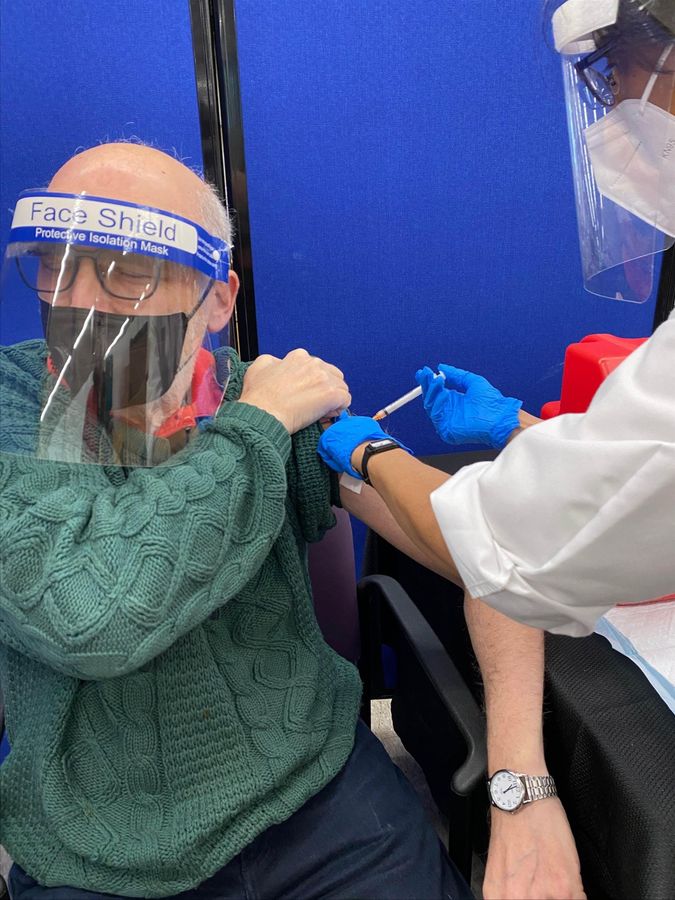 Jonathan Kempner, 69, received the first dose of the Moderna vaccine, thanks to the help of a GW Hillel student volunteer. Photo by Lise Van Susteren

That impact, Schub believes, is two-fold. First and foremost, to get shots in arms — “these are issues of life or death,” she said. “But also the sense that each person is connected to one another and to a community that cares about them. That feels really important, too.”

Kirstein said she feels conscious of the program’s potential for impact during this “very isolating time.”

“When you’re reaching out to a senior, it’s not just ‘Let me get you an appointment,’” she described what she tells students during their required 20-minute trainings. “It’s a contact point, right? In the training, we talk about mental health issues, confidentiality.”

The students themselves see the project as an opportunity. Rebecca Hammerman, 19, said she signed up as soon as she saw the listing. The community-building aspect of the program has been especially meaningful for her.

“I’ve been corresponding with one [senior] over text this entire time,” Hammerman, a GW sophomore, said. “Troubleshooting and all, but also just ‘Hi, how are you, how’d it go this morning, what do you have going on today?’ It’s a lot of that.”

Hannah Silverman, a 24-year-old volunteer, felt similarly. “During this time a lot of people are really isolated,” the recent GW alumna said, “so even if you’re not able to get them an appointment right away, people are just grateful that you’re reaching out to them to connect and do whatever you can to help.”

So far, it seems, the initiative has been a resounding success.

“I couldn’t be happier, it was just wonderful,” Kempner said. “The notion that they would do this… volunteer and get us all together. It’s just the ultimate… win-win-win. Win for me to be sure, win for the students, win for the JCC.”