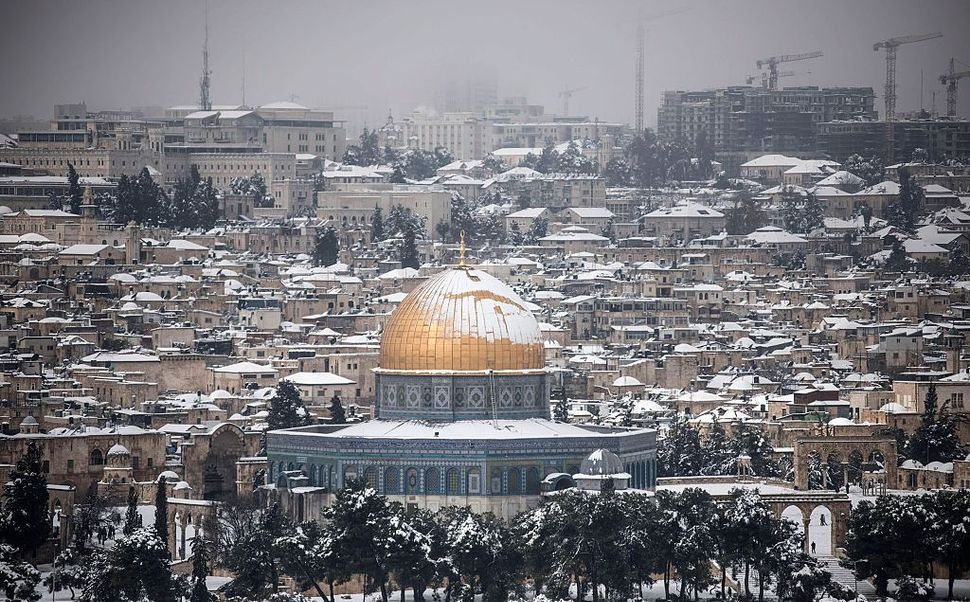 Snow over Jerusalem in 2015 Courtesy of Getty Images

It’s snowing in Israel — really snowing, not just a dusting that melts the second it touches the ground. By Wednesday afternoon, white powder had already dusted the Golan Heights and Tzfat; the weather system is expected to hit Jerusalem by the evening. Accumulation of about a foot is expected in the north, and up to four inches are expected in Jerusalem; the snow may even reach the northern edges of the Negev desert, which rarely sees precipitation of any kind. 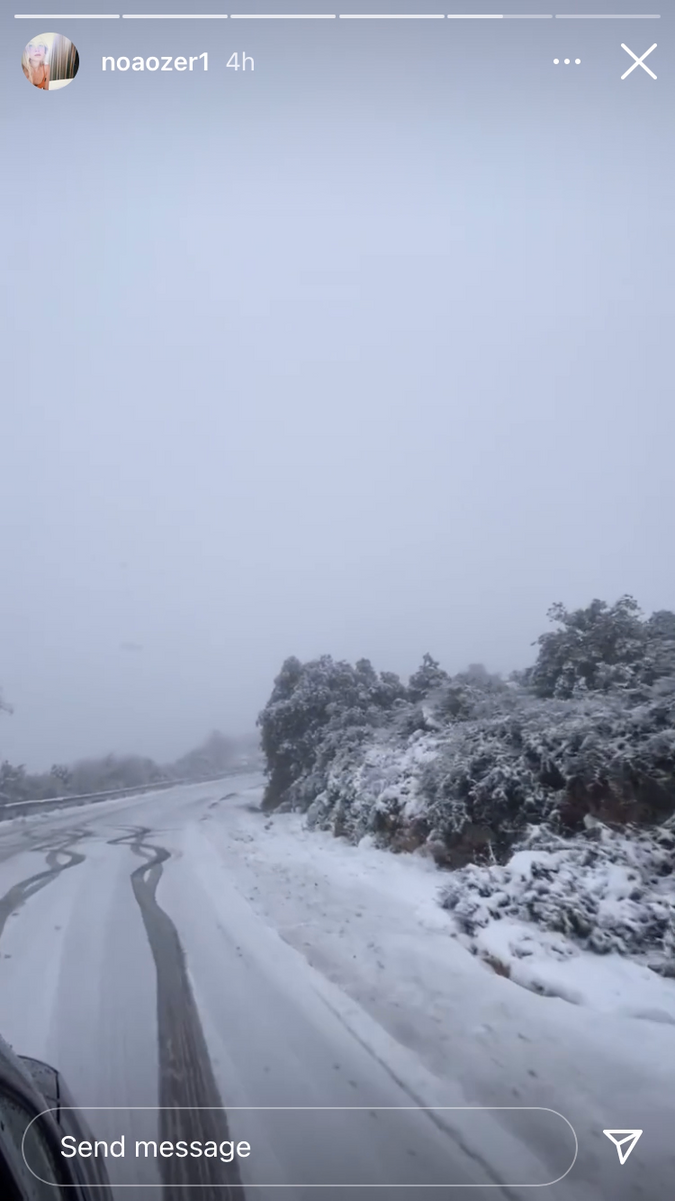 It is an unusual landscape to see covered with snow, with snowstorms only hitting the region every few years, and social media is filled with Israelis taking pictures in the soft powder. But there are downsides as well — on Instagram, one peaceful video of a snowy landscape in the Golan Heights also caught some tire tracks showing a lengthy swerve and skid across a road.

In an odd parallel, the U.S., the past week has seen the South get hammered by a winter storm that the usually-warm locales were unprepared for; the infrastructure couldn’t handle the sudden freeze, and power outages have left millions without heat.

Israel is also unprepared for harsh weather; the last major snowstorm was in 2013 led to power outages in several neighborhoods in Jerusalem. But this storm is not expected to be nearly as severe, and the country is better prepared.

Jerusalem and the central mountain region of Israel are still waiting for the first flakes to fall,
Meanwhile… our rescue teams in Tzefat (Safed) are already responding to emergencies in the snow. pic.twitter.com/3BIH1N9E5J

“Infrastructure that might have collapsed back then already did, including trees that might have fallen,” said Shahar Cohen, a Jerusalem resident and student at Hebrew University. “The municipality and the electric company are more ready for that kind of stuff, they bought snow plows, so stuff shouldn’t be shut down for too long.” 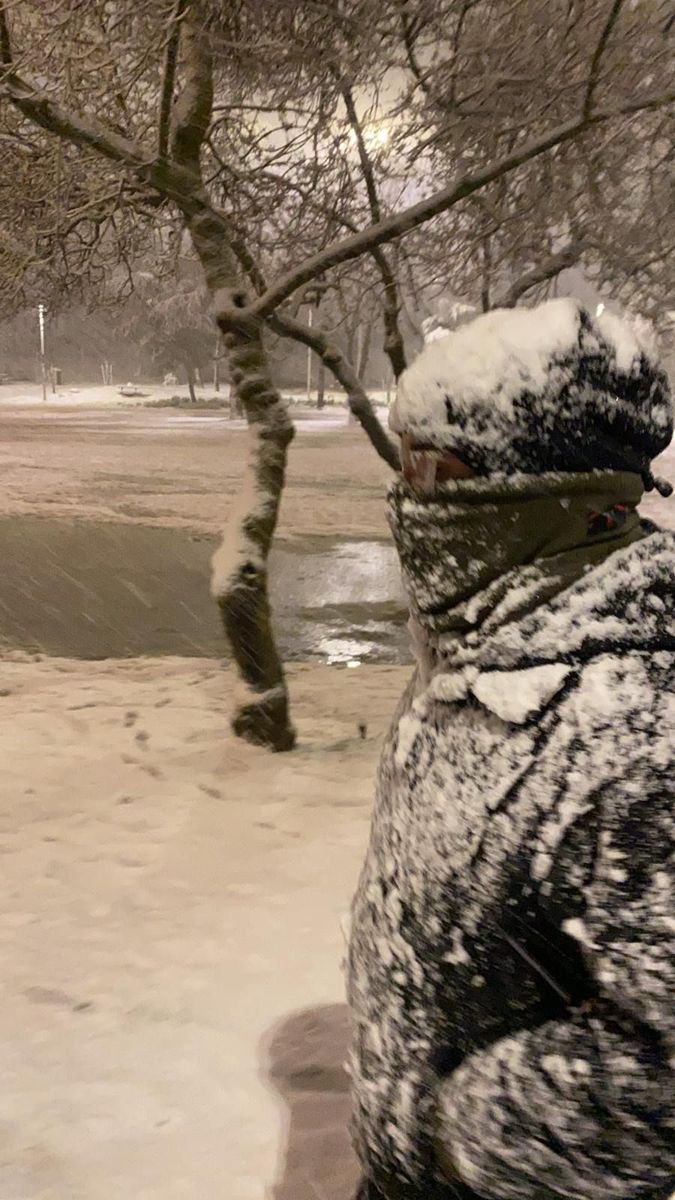 Shahar Cohen walks in the Jerusalem snow. By Carrie Watkins

Still, Cohen said public transportation would be closing at 6 p.m., and high tech companies had sent everyone home around 3 p.m. when they realized transit was closing and roads would be icy. He also expects most stores to close early, to ensure their employees can get home safely — and enjoy the rare occasion.

“After weeks of lockdown, it will be fun for parents and children to get out and have fun in the snow,” Jerusalem Deputy Mayor Fleur Hassan-Nahoum told the Jerusalem Post. “The city is making all the necessary preparations for this to be a positive experience for all.”

And it’s not just for kids; Israelis of all ages are excited for the storm, planning for hot chocolate and snowmen. Some Jerusalemites are even hoping for a party in Rechavia Park, as is traditional the day after a snow. While the party is underground, not formally publicized, residents know to show up. Cohen thought the police would probably shut it down faster than usual, given corona concerns, but assumed those in the know would still gather.

Despite preparations and excitement, however, the city is urging residents to prepare for possible power outages and to check their heat — advice I found amusing given that no Jerusalem apartment I’ve ever entered had any heat aside from a plug-in heater.