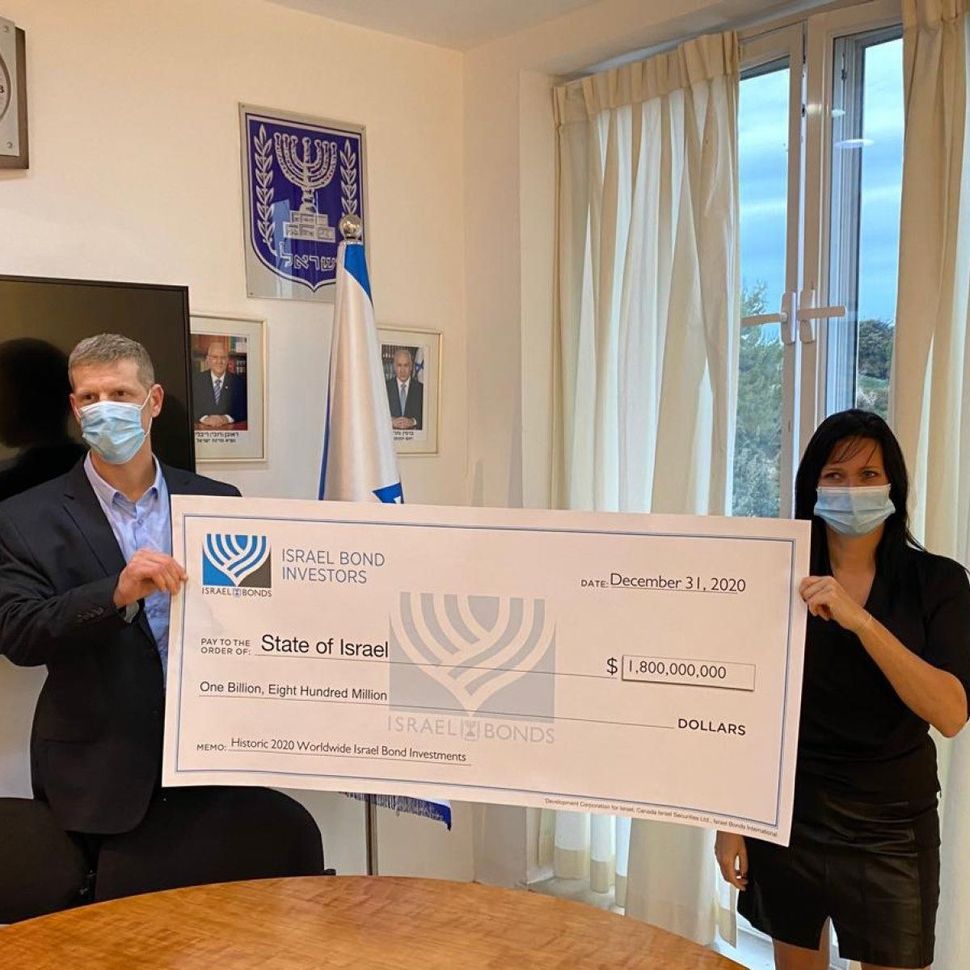 The economy is at a standstill, people are out of work and stuck home — and big Israel-support organizations are having a banner year.

The Jewish National Fund raised a record $100.8 million last year in the United States, even as the pandemic canceled live fundraising events and JNF-sponsored trips to Israel. 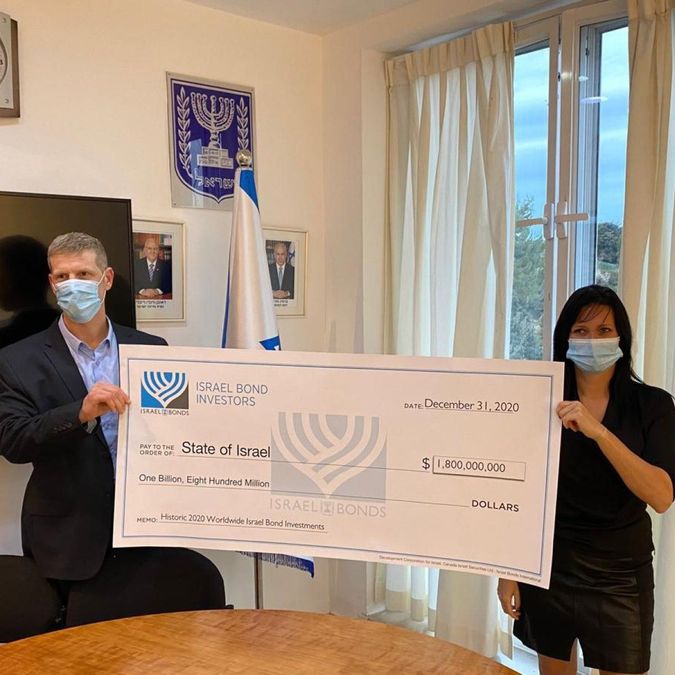 At the same time, State of Israel Bonds also set a record of $1.8 billion in sales worldwide last year — $1.5 billion in sales in the U.S. alone, an increase of $400 million over its original goal.

“People are home and have had time to be a little introspective,” explained Mark Ruben, executive director for Israel Bonds in Palm Beach, Florida. “Happily, many thought about Israel and how important it is to them.”

Israel was not the only beneficiary of Americans’ largess last year. The Jewish Communal Fund, based in New York, is one of the largest Jewish donor-advised funds in the United States. Its fund holders distributed a record $536 million in grants to charities during the 2020 fiscal year, representing a 17.5 percent increase from 2019. They recommended a record number of 64,188 grants to thousands of charitable organizations, an 18% increase over 2019. And the average grant was $8,352, an increase of 16%

“Our generous Fundholders have stepped up amidst the coronavirus crisis to distribute funds to charities serving those in need,” Susan F. Dickman, JCF’s executive vice president and chief executive officer said in an email. “As the needs have increased, so have the number and amount of grants that JCF is distributing to charities in all sectors.”​ 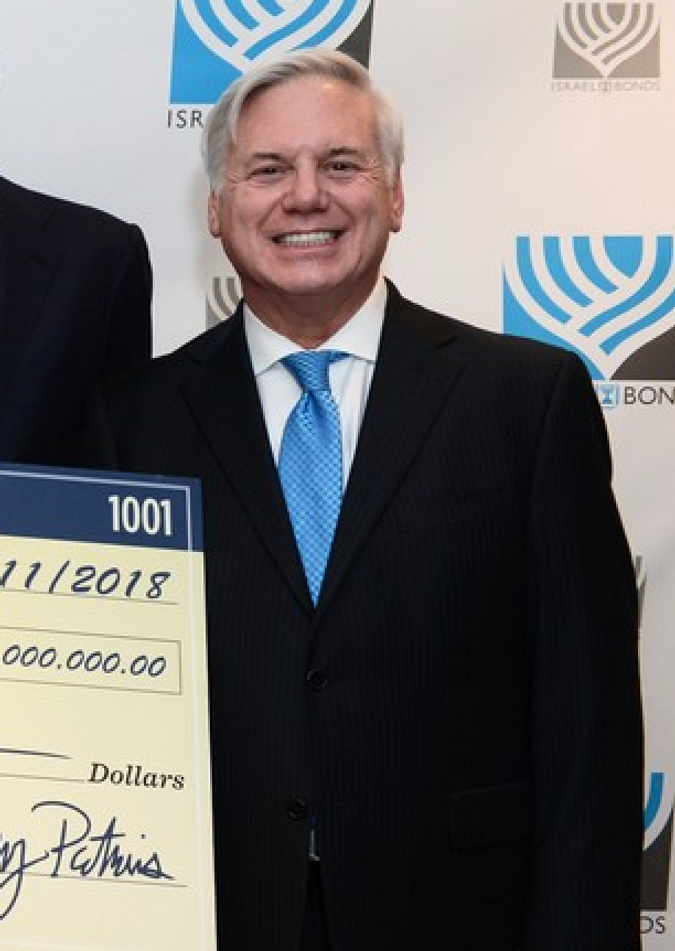 Mark Ruben at a 2018 Israel Bonds event Image by Israelbonds.com

Eileen Heisman, president and chief executive officer of the National Philanthropic Trust and a nationally recognized expert in charitable and planned giving, said she had believed the pandemic would have prompted people to be “generous to organizations that were helping during the pandemic, such as researchers working to find a vaccine, frontline workers, and groups dealing with food security. But what happened is that people gave to all the new things and they were very loyal to existing charities.”

The pandemic got people thinking in survival mode, said Heisman. Increased giving to Israel, she said, “was a reaffirmation that the religion and the country are important to people and they wanted to make sure that things important to them were being taken care of.”

Ruben said that his office, which covers both Palm Beach County and South Palm Beach County, raised $130 million in Israel Bonds, ranging from $36 bonds to a number of $1 million bonds. The previous record was $80 million, he said.

“We had more investors buying bonds in our community than ever before,” Ruben added. “And those who bought before invested even more.”

He stressed that people buying the bonds were doing so strictly to support Israel, not as a highly remunerative investment— the rate of interest on a two-year $25,000 bond is only .62 percent, a figure that is based on U.S. Treasury rates.

The Jewish National Fund similarly did not miss a beat when the pandemic hit, noted Russell Robinson, the organization’s chief executive officer. He said that even without any event or parlor meetings, donors contributed more than expected. In the first quarter of the new campaign — from last Oct. 1 through Dec. 31 — its goal was to raise 33% of its $100 million campaign. Instead, it raised 52% of its goal and had 2,300 new donors last year. 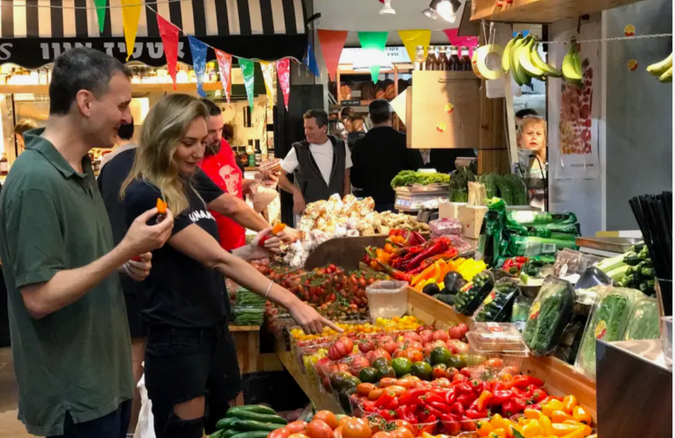 Phil Rosenthal, shown visiting Tel Aviv in a scene from his Netflix food show, was a featured guest at a virtual “Breakfast in Israel” that raised money for JNF in 2020. Courtesy of netflix

To overcome the lockdown and economic insecurity, organizations innovated online giving and events. JNF began running hour-long, five-day virtual tours of Israel hosted by Israeli tour guides, followed by a one-hour discussion. Some 6,000 people – 40% of whom were brand new to JNF— have taken the tours, which run Monday through Friday for a fee of $50. A maximum of 25 Zoom boxes is permitted per tour group.

In addition, JNF created an “On Demand” website that includes video recordings of some of the virtual discussions and programs it has hosted since the pandemic began, including a reading series, cooking demonstrations and lectures. More than 137,000 people have attended [these programs] (jnf.org/ondemand). The increase in attendance and fundraising came even as JNF faced criticism for its decision to extend its land purchases into the West Bank.

Given their success, these strategies will likely outlive the pandemic that created them.

“We are going to have virtual missions forever,” said Robinson. .

“We are an organization that did not stop and say, `Woe is me’ when the pandemic hit,” Robinson said.

To attract more attention, JNF two weeks ago began offering to plant a tree in Israel for free for each person who gets vaccinated. More than 3,000 have already signed up.