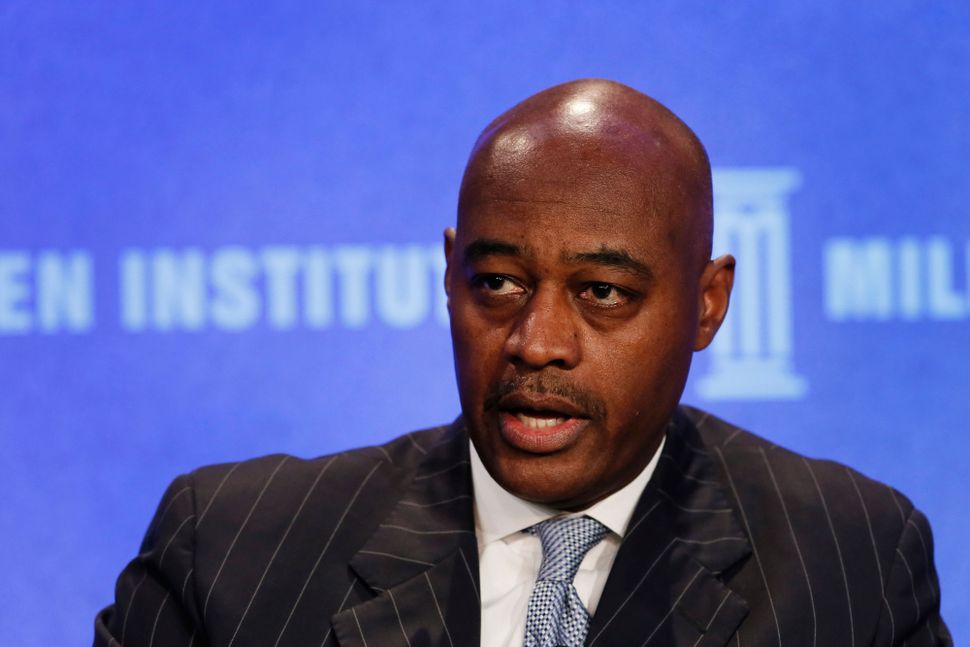 Ray McGuire has a rich resume and a political war chest to compete in the crowded New York city mayoral contest. The former Citigroup executive has raised more than $5 million since announcing his candidacy in December. But as he is polling in the single digits behind leading candidates with more name recognition, McGuire may need more than creative TV ads to break through. Some prayers may come in handy.

“I’m taking all prayers, I need your help,” McGuire told a group of twenty rabbis on a Zoom call on Friday. “I would not be where I am without a whole bunch of prayers,” he said at the conclusion of a 45-minute event titled Ray for the Rabbis. “So thank you in advance for whatever prayers you can send up.”

The virtual meeting — which included a mix of Reform, Conservative and Orthodox rabbis — is the first of its kind for any candidate in this election.

“I think we have got the community here who can help us at least get a little further down the journey,” McGuire said. 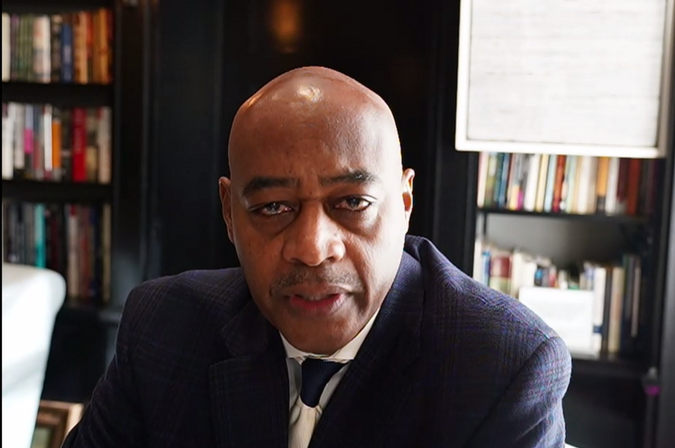 McGuire, 64, spoke to the group about being raised by a single mother in Dayton, Ohio, as his grandparents helped her raise him and his two brothers along with a half dozen foster children. He recounted that, while growing up, he spent many mornings walking three-quarters of a mile to get to a street corner to catch the bus that came from the Jewish part of town, traveling together to the south side to receive a good education. At age 16, following the advice from a Jewish teacher, Robin Melnick, McGuire took a Greyhound bus and traveled to New England where he enrolled at the Hotchkiss School in Lakeville, Connecticut. From there he went on to Harvard for college, law school and business school, later becoming one of the highest-ranking African American business executives on Wall Street.

He recounted a recent conversation he had with the son of a Holocaust survivor, whose father was rescued during World War II by a woman who was escaping with her two daughters. They went on to live in a forest for a couple of years as they sought refuge and safety. Years later, the father recognized the family of that woman during a dinner as he overheard them recalling the story. The son, whom he didn’t mention by name, is now a prominent New York businessman.

McGuire said that he sees his own life story resembling the rescue story of that Holocaust survivor. “When I think about that story, the powerful and profound journey, I think about my own story,” he said. “It’s that kind of journey that has gotten me here, certainly not with the same end of life, dire circumstances in which his father faced.”

He suggested that serving in a role that required managing different competing agendas had prepared him to run a complex city with diverse communities who all have different interests. “I have a comfort level from praying at the Western Wall in Jerusalem, to the Cathedrals, to the churches in which I grew up, to the mosques,” McGuire said. “It’s not new to me. This is my life’s journey.”

While he was short on specifics – mainly focusing on economics, management and policing – McGuire engaged the rabbinic audience. He promised the Jewish community that he would govern the way he grew up and lived in life, which is “recognizing that there’s beauty in each of our cultures that we need, at a minimum, to respect.”

Earlier on Friday, McGuire held a virtual roundtable with some 75 Jewish donors and supporters.

The first-time political candidate also addressed the rise in antisemitism. McGuire pointed to the Black-Jewish coalition that was formed during the civil rights movement, suggesting those relationships have to be “rekindled” to address the issue. “It also requires those in leadership positions to make a public stand for their lack of tolerance,” he added. “And what you should expect from me is to stand as an example of someone who has no tolerance for that.”

The meetings are part of an outreach effort to the Jewish community as the leading candidates are seeking to lock up support among the influential voting blocs. On Sunday, McGuire met with the leaders of the Hasidic Bobov sect, the largest Orthodox voting bloc in the Borough Park neighborhood in Brooklyn. Later this week, the Forward and the Marlene Myerson JCC of Manhattan will be co-hosting a forum for the top candidates in the election for mayor of New York.

Touting his economic background and experience, McGuire echoed a verse from the Book of Esther: “If there was ever a moment and time when I need to be, and I am called to be a servant, then it is in that moment in time which is today,” he told the rabbis on the Zoom call.