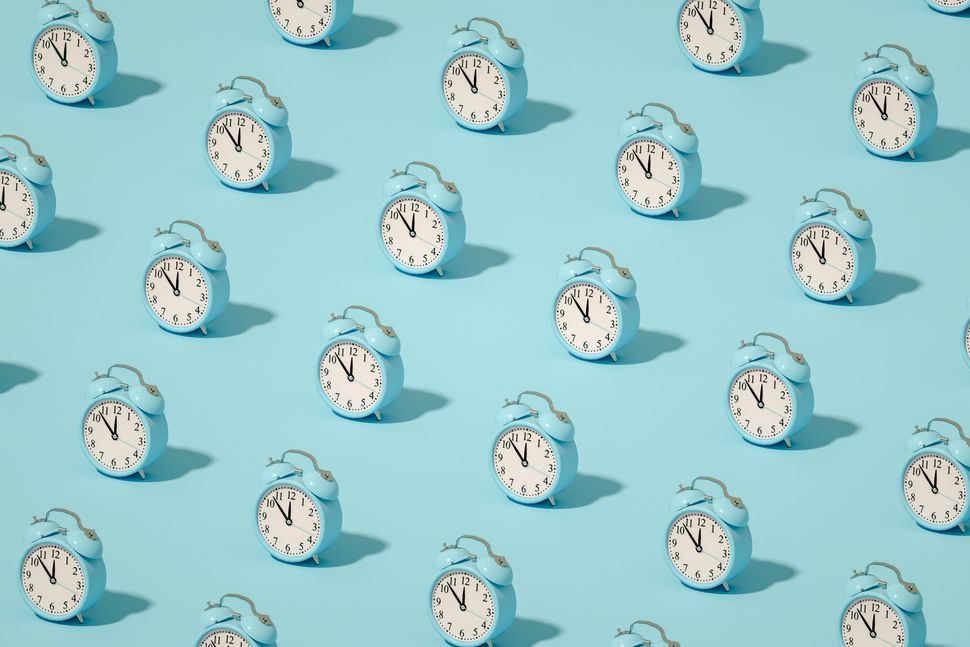 It was once possible to embark on the 38-mile bus ride from Steubenville, Ohio, to Moundsville, West Virginia, and the time would change seven times.

That likely didn’t impact too many time-traveling Jews in the 1950s, when cities and towns chose individually when, or whether, to institute daylight saving time. But now, in a move that delights Orthodox Jews in Atlanta, Georgia may become the third state to eliminate the spring-forward, fall-back tradition of changing clocks.

The Georgia Senate passed a bill last month that would eliminate daylight saving time in the state. The state House of Representatives has until midnight on March 31 to pass it. (If no action is taken, the legislature can take another look at it during the next session, which begins in January, 2022.)

With clocks changing this weekend, the new law is of particular interest to Atlanta’s Jewish community, home to about a dozen Orthodox synagogues. Eliminating daylight saving time would mean earlier sunrises and earlier sunsets. That translates into it being light outside when walking to services on a winter Saturday morning, summer Shabbats that don’t stretch past 9 p.m. and the ability to start the Passover Seder while young children are still wide awake. 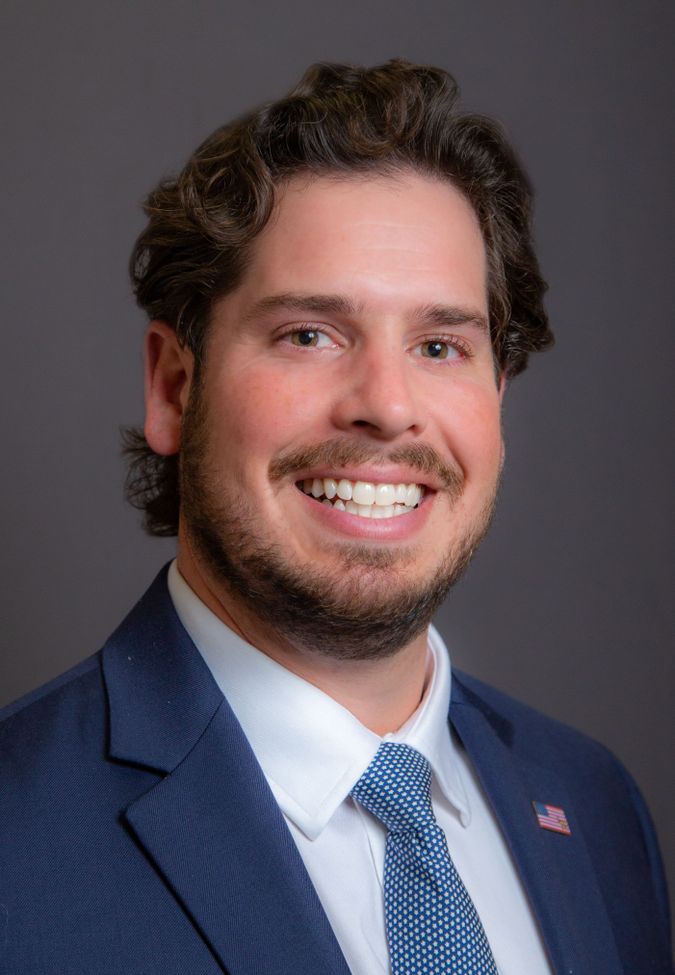 Representative Mike Wilensky, Georgia’s lone Jewish state legislator, said he was in favor of the new law – and received calls from Jewish constituents backing it. “I highly support the Jewish community and the Orthodox community,” Wilensky, a Democrat, said when reached on the floor of the House.

“I have two children so I am very aware of the difficulties and harmful effects it has for families during these time changes,” added Wilensky, a member of Congregation B’nai Torah, a Conservative synagogue in the Atlanta suburbs. “So I would be excited for the senate bill to pass and for us to be on one set time year-round.”

The Senate bill passed 46-7, with strong support from both parties.

If the House passes the bill and Gov. Brian Kemp signs it into law, Georgia would – starting with the next time change – join Arizona, Hawaii, Puerto Rico and the U.S. Virgin Islands, which all operate on what’s known as “standard time” year-round.

But while any state can opt-out of daylight saving time, doing the opposite – keeping daylight saving time year-round – requires Congressional action. In recent years, more than two dozen states – including California, Florida, Oregon and Washington — have considered laws to do just that.

Indeed, Georgia’s House of Representatives itself passed such a bill last week, voting 112-48 to make daylight saving time permanent — exactly the opposite of what the senate bill does. That effort, even if passed in the state senate, would merely collect dust while it waits for federal approval.

For many, standard time is a relic of agrarian society, when a farmer’s day was dictated by the sun. With the industrial revolution came the desire for daylight saving time to allow people more hours of sunlight to run errands after work, head to retail shops and exercise outdoors. During the course of the 20th century, around 70 countries instituted daylight saving time. 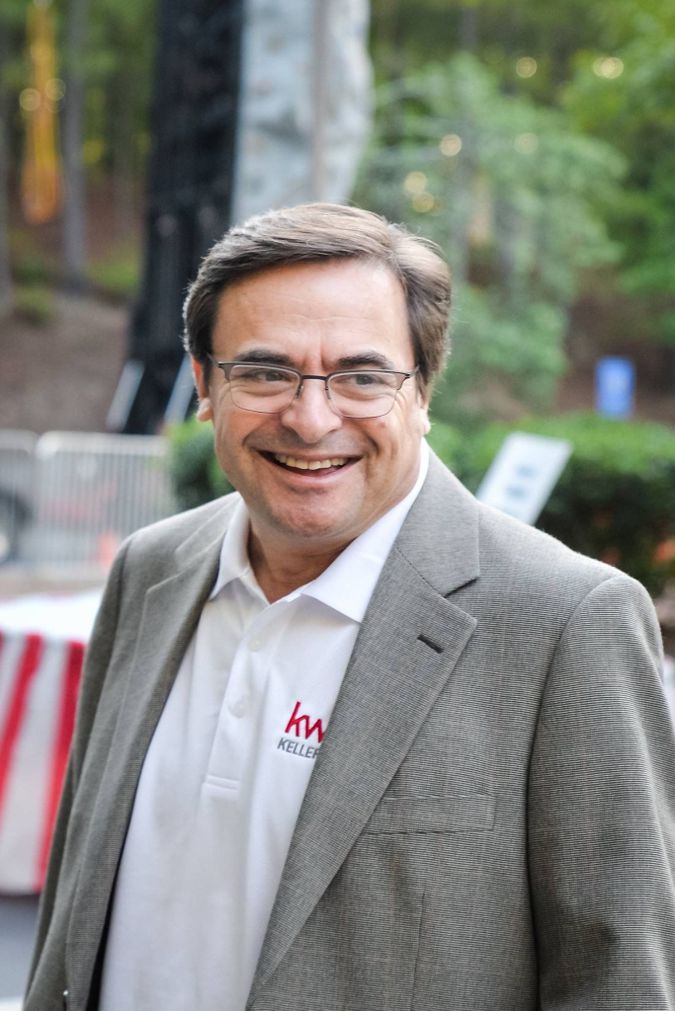 “For me and my business, I depend on daylight to be able to show properties and a lot of people can’t see homes until after work,” said Jimmy Baron, a Realtor in Atlanta. Baron, the president of Congregation Beth Tefillah, also prefers longer hours of daylight because it allows for more opportunities to spend time outdoors with his teenage son, Micah. “I like it because we can spend more time after school or on weekends doing stuff,” he said. “Going to the park, riding bikes or going up to the lake. And we can squeeze a lot in.”

Jodi Wittenberg, the co-owner of the Spicy Peach kosher supermarket in Atlanta, agrees with Baron and would prefer to keep daylight saving time. “From a business point, it definitely would keep people out shopping and spending and active,” she said.

She was also quick to point out a benefit for the shopkeepers. “Sometimes, a customer comes in at 3 o’clock on a Friday afternoon and I’m politely trying to move them along so I can get home in time,” Wittenberg said. “The same holds true for Jewish holidays. I would love to have a little more time before sunset.” 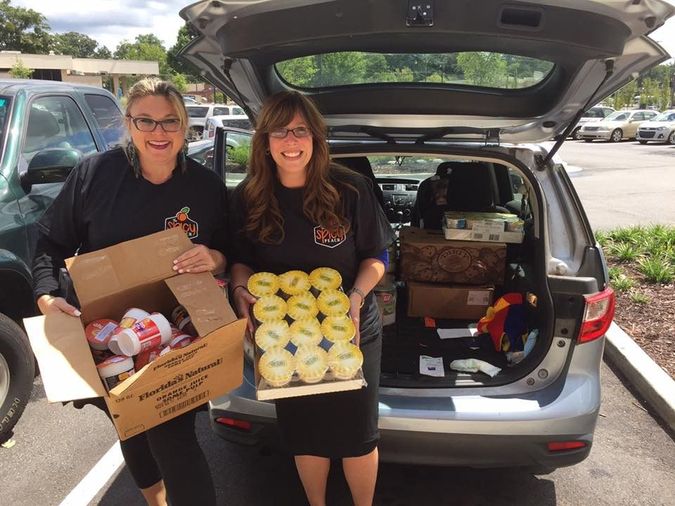 Jodi Wittenberg (left) and Tzipporah Teller are co-owners of The Spicy Peach, a kosher supermarket in Atlanta.

One of the world’s foremost experts on the subject is on the side of keeping the current setup for daylight saving time. Dr. David Prerau is the author of “Seize the Daylight: The Curious and Contentious Story of Daylight Saving Time,” and first became involved with the issue when he worked for the U.S. Department of Transportation conducting studies on the benefits of longer hours of daylight.

“It lowers traffic accidents, it lowers crime, it lowers energy usage, it’s better for public health,” Prerau said in an interview. “And, in general, people like it.”

Prerau, who is Jewish, helped Congress tweak daylight saving time, extending it four weeks – starting three weeks earlier in March and ending one week later, at the beginning of November. Those changes have been in effect since 2007, and while that means Passover will probably never fall during standard time, allowing an earlier start to Orthodox Seders, Prerau said religious needs were one of the factors that led to what he called a “reasonable compromise.”

“We did specifically take into account not to go too deep into November or into February,” Prerau said. “From my understanding, having late sunrises in the winter would be very negative for those religious groups. It was certainly one issue that was considered.”

One group that was not happy with the changes? “Amateur astronomers told me they wanted it to get dark earlier so they can go out and look at the sky,” Prerau said with a laugh. “There’s a lot of special-interests groups.” 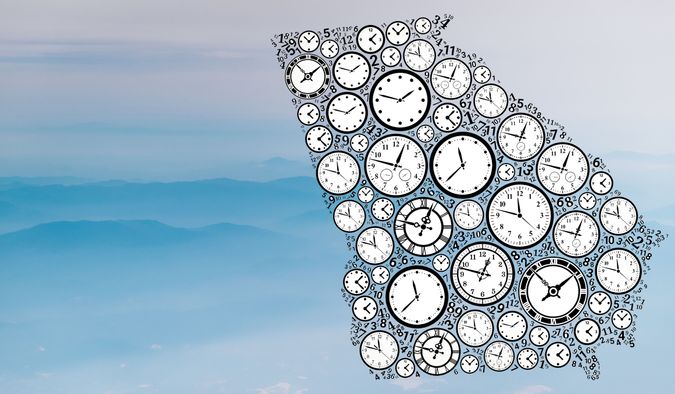 Daylight saving time is up for debate in Georgia. Illustration by Alex Belomlinsky / iStockPhoto

The observance of religious Jews is inherently tied to the circadian rhythms of the clock – prayers and other commandments that are required to be done at certain times. This has made daylight saving time a hot-button issue for Jews across the globe.

Israel, for example, has a relatively short period of daylight saving time compared to other countries. “If sunrise is late, religious Jews have to delay going to work or pray at work – neither of which is a desirable situation,” Prerau said. This year in Israel, daylight saving time begins the day before Passover, leading to a later start to the Seder.

For myriad reasons, there are some years when Israel and the neighboring Palestininan Authority do not change their clocks on the same day. Compounding the complications, Gaza and the West Bank have occasionally been unsynchronized. And in some Muslim countries, DST is temporarily halted during Ramadan so as not to delay the evening dinner after a day of fasting.

The Georgia situation is unique in that Atlanta – home to around 130,000 Jews – is about as far west as someone can go without entering the central time zone. That means that even though Atlanta is in the same time zone as New York, its sunsets are much later. On the first night of Passover this year, sunset is not until 7:55 PM, ensuring a late start time for the seder. 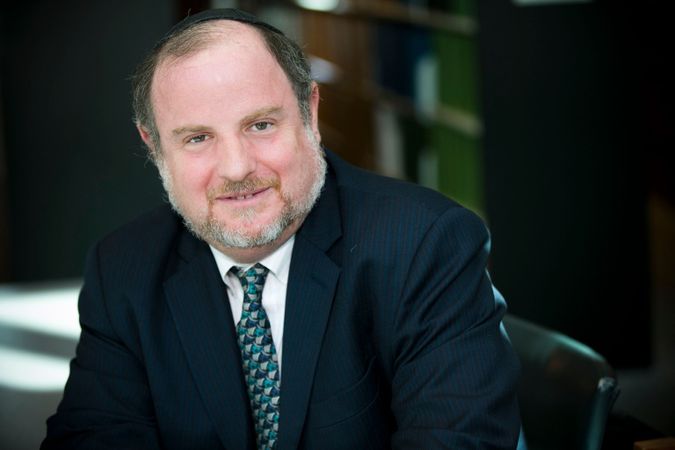 “It’s not ridiculous to think that Atlanta could have been one timezone over,” said Rabbi Michael Broyde, who is Orthodox and previously served as the spiritual leader of the Young Israel in Atlanta. “Daylight saving time is, in essence, a way of having the best of both worlds.”

Broyde, who is also a professor at the Emory University School of Law, saw nothing unusual in the Orthodox lobbying effort. “This is part of the political process in which the government considers the religious needs of their community, and then they make a decision about what’s in the best interests of the whole,” he said. “We are allowed to be part of that whole.”

“The real change is that we used to be afraid to talk in our own name,” he added. “Now we have opinions.”