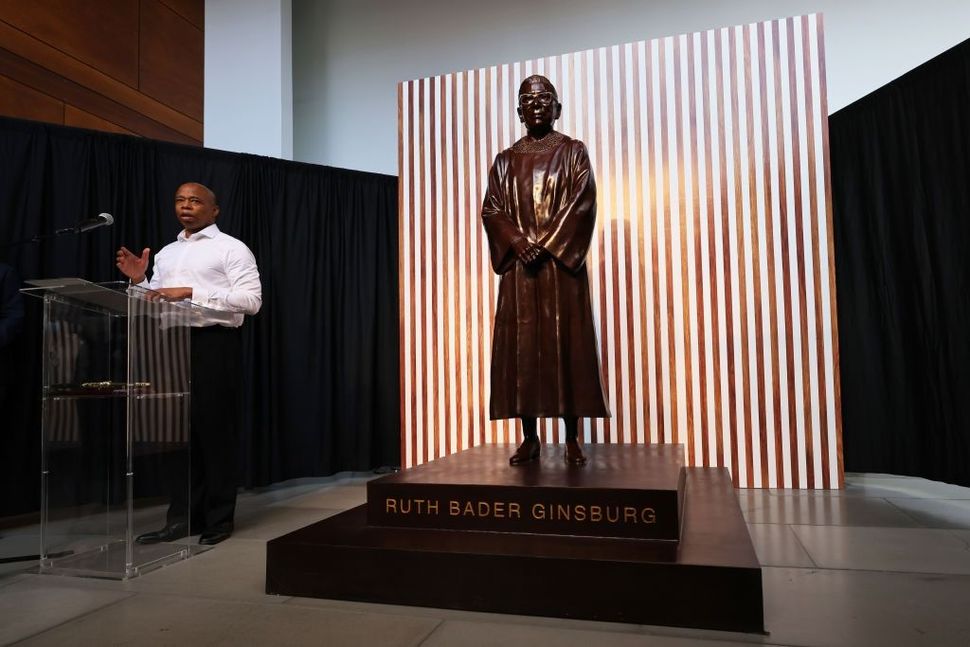 Ruth Bader Ginsburg was born and raised in the Midwood neighborhood of Brooklyn; now, a statue of her will carry on her legacy in her home borough, unveiled on Friday for an invited audience of approximately 30, largely judges and members of city government. The bronze likeness stands just inside the doors of CityPoint, a mixed use development on Flatbush Avenue.

I know these doors well — they also lead to Trader Joe’s, and during the height of the pandemic, the line to pass through the entrance could stretch for blocks. Now, Justice Ginsburg will greet shoppers for Trader Joe’s and Target, as well as a selection of other stores.

It may seem like an incongruous place for the statue, but attendee Rosemarie Montalbano, a judge elected to the New York Supreme Court’s second district, said the location is perfect because of the heavy traffic through the building, meaning many people will see the statue. “We need statues like this so we have the conversation,” she said.

The life-sized bronze statue depicts the Supreme Court Justice on two large steps, a metaphor for her climb to the Supreme Court as well as a way to make the diminutive justice more imposing. The artists of the statue, Gillie and Marc, were unable to attend — they live in Australia, and the pandemic kept them from coming — but said that the steps are also a metaphor.

“With the two steps on its large base representing the Supreme Court and the climb she made to get there, the work is designed to provide the public with an opportunity to stand at her side, and gain inspiration from her journey fighting for equal rights,” the artists said in a statement about the project. 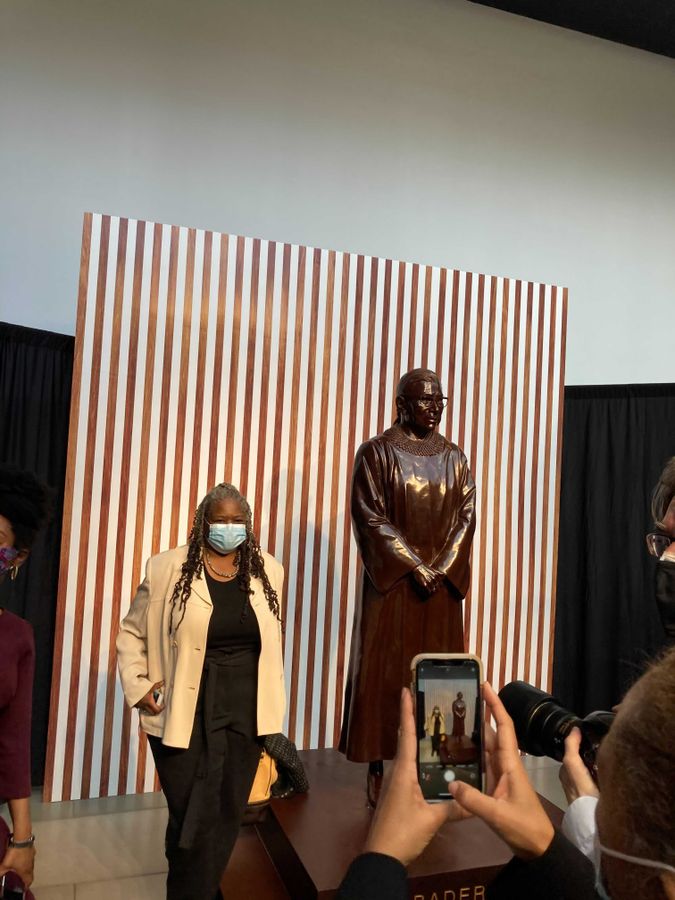 Casilda Roper-Simpson went to the same high school as Ginsburg, James Madison High. She says she sees herself in the justice, having made a similar climb to her current position as an administrative law judge. She remembers Ginsburg saying that she had three challenges in rising to her position — being a woman, being Jewish, and being a mother. As a woman of color who went through law school while raising two children, Roper-Simpson said she faced similar challenges.

She said the statue reminded her of the “Fearless Girl” statue on Wall Street, which was dressed in a lace collar in honor of Ruth Bader Ginsburg after her death.

The new statue was already planned before the summer’s racial justice protests, which saw many statues and memorials to Confederates and other problematic public officials pulled down. Gillie and Marc were already trying to increase the representation of women in public sculpture, installing 10 sculptures throughout New York City in 2019, bringing the percentage of women represented from 3% to 10%.

This statistic was referenced at the unveiling by several speakers, who included Brooklyn Borough President Eric Adams, Assemblywoman Rhodneyse Bichotte Hermelyn and poet Mahogany L. Brown, who recited her poem “The Sky Already Knows Your Name.” 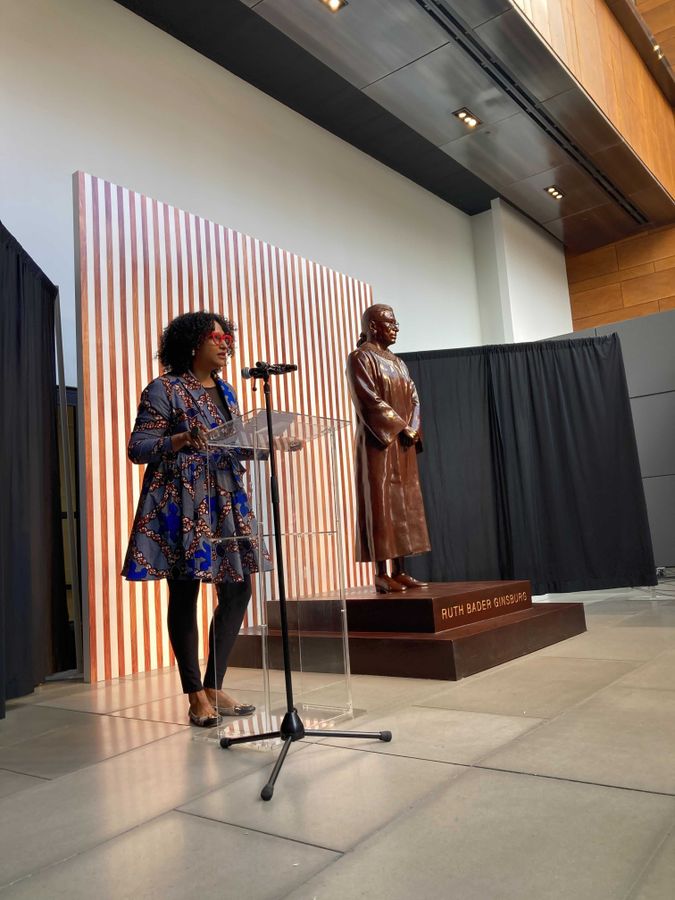 The speeches were fittingly punctuated by the cheers of Colette, a two-year-old in attendance. “Yay!” she called out, jumping up and down. Her mother, Alejandra, said that she brought her daughter because she hoped to share with the younger generation how much RBG meant to her. Coco, as her mother called her, seemed to get the message.