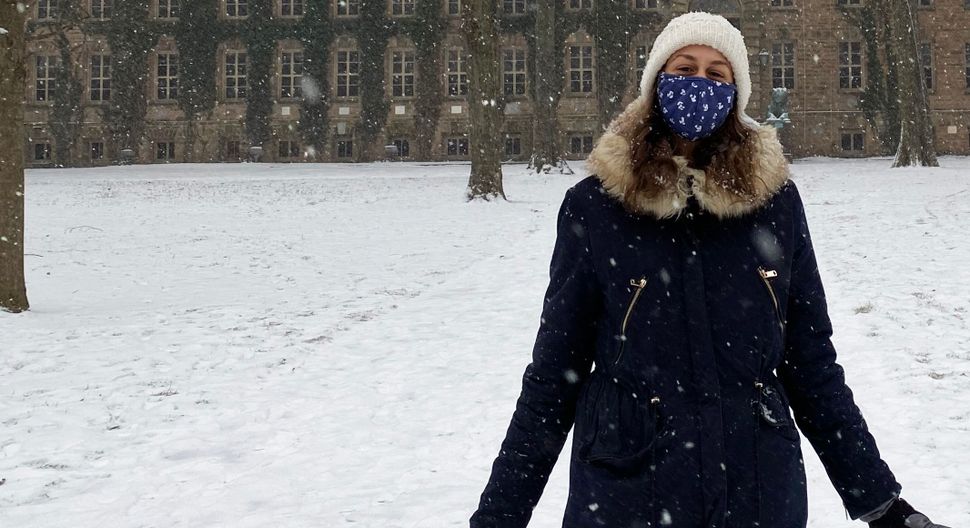 Julie Levey, on Princeton’s campus for the spring semester, stands in front of Nassau Hall. Courtesy of Julie Levey

When Julie Levey, 18, started Princeton in the fall, her roommates were her three younger siblings and parents.

Talking about her experience with Jewish life “on campus,” Levey was tempted to stay positive, grateful. She wanted to describe a paradise of Jewish learning, prayer and community, to say it’s been everything she had hoped for her college experience. But that wouldn’t be the whole truth.

“I think it would be dishonest of me to color this perfect picture of campus Jewish life in the fall,” said Levey, who spent her fall semester living at home. “I felt like there was an emotional disconnect between me and the other first-years, and the rest of the community.”

Since the pandemic closed college campuses a year ago this week, Jewish students have had to make the most of a non-traditional experience. For the new class of freshmen, many of whom had never stepped foot on campus, the school year presented unprecedented challenges.

Levey stressed that while Hillel administrators and older student leaders were “extremely welcoming,” going above and beyond despite the difficult circumstances, “it’s really, really hard to feel like you’re connected to the heart of a community before you’ve actually met the people in person.”

Levey’s case is somewhat unique in that she didn’t have a choice whether to return to campus: Her university made that choice for her, announcing last summer that almost no students would be allowed to return for the fall. At most colleges across the country, Jewish students may have been physically present, but amid COVID-19 outbreaks sending students to “isolation dorms” and arrival quarantines coinciding with the High Holidays, Hillels saw a year like no other. Some directors said they’ve managed to make the most of it.

“It’s not the same,” said Rabbi Jonah Zinn, the Hillel director at the University of Florida. But students have been on campus since late August, he said, and the warm weather has allowed consistent gatherings outdoors, both for larger events like Shabbat meals and in smaller groups for the Jewish Learning Fellowship.

“When you look at this year, the stresses that all human beings are under are profound, and that certainly affects the way people experience life,” Zinn said. “Students are no different. It’s hard to separate that out.” 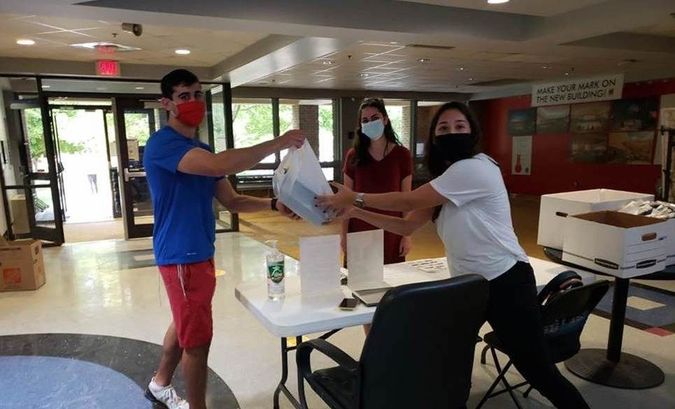 “We need to pivot very quickly,” said Greg Steinberger, the Hillel director at UW-Madison. “In the fall, sometimes someone would register for a Shabbat meal and on Friday morning, they would tell us, ‘I’ve just moved into a quarantine dorm.’” A lot of the gruntwork of providing for Jewish students in the fall semester, Steinberger said, was arranging those Shabbat and holiday meals for pick-up — and being ready to deliver them to the student’s door if and when circumstances changed.

For the Yom Kippur break-fast, as students were housed in special self-isolation dorms, “it all had to happen on the fly, in real emergency time,” Steinberger recalled. “That’s sort of been our attitude: problem solving.”

‘Out of earshot of my mother and father’

Alec Kane, 19, a freshman at the University of Virginia who’s spending his freshman year in his Philadelphia childhood home, knows that “UVA has been trying their best, but no one’s perfect.” His college invited students to live in dorms, but he didn’t feel comfortable doing so, with good reason: Late last month, the campus saw a “severe outbreak” of the virus.

Kane attends virtual classes, Hillel get-togethers and game nights. (“They haven’t really done services online, but that’s okay.”) He’s joined AEPi, a Jewish fraternity on campus. “It wasn’t always easy, because on Zoom only one person can talk at a time, so it’s kind of hard to hold these meet-and-greets.”

It’s not quite the archetypical college, fraternity experience.

“These events are known for being lewd, but I’m right out of earshot of my mother and father, so it’s probably not the best place to do something like that,” Kane said. “But the frat was more than accommodating. It was basically like any other Zoom I’ve been on, well-organized, respectful.”

Without ever stepping foot in the AEPi house, he’s a member. And before ever laying eyes on Princeton’s campus as a student, Madeleine LeBeau, 19, while living with her parents in Virginia, became the co-president of the Reform student group. 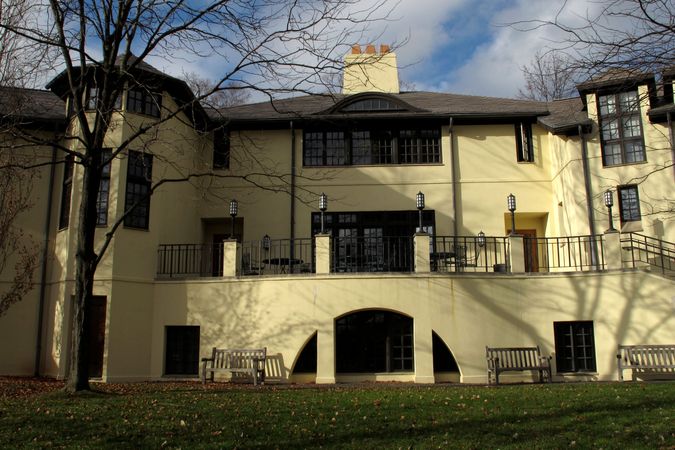 View of the Center for Jewish Life / Hillel on the campus of Princeton University. Photo by Oliver Morris/Getty Images

The Hillel, she said, “was one of the first communities on campus that I was really in, that really made me feel connected to the school even though I wasn’t actually at the school.”

Since arriving — metaphorically — to campus, LeBeau has led High Holiday services, joined the Hillel student board, began sending out a weekly newsletter for Reform students and attended weekly Zoom Shabbat services. Her Jewish life in the fall semester was rich and meaningful, if virtual. And now, as the college invited all students to live in dorms for the spring, the aspiring cantor is finally meeting all the friends she made online in-person.

For Levey, the act of finally walking into the Hillel building — masked and distanced — and recognizing faces previously only seen via screen meant everything.

“Recognizing so many people and knowing their names, and having them recognize me, it’s just monumental,” she said. “That’s the type of thing that would have seemed normal a little while ago, but to me, that was a pretty big deal.”