A table set for the Passover Seder. Photo by Reza/Getty Images

Research has shown that when a person turns to religion during a time of stress, it improves his psychological well-being. Now, a new study has found that religion can also provide protection against weight gain.

“Generally, being in touch with your values during a crisis like COVID helps you cope with stress in a way that mitigates the impact of that stress on weight gain,” explained Aaron Cherniak, a co-author of the study published by the Journal of Religion and Health.

Another co-author, Steven Pirutinsky, said that following the tenets of one’s faith requires self-control and self-regulation – which in turn may increase one’s ability to control diet and weight gain.

“The study suggests that alternative forms of coping can help limit snacking,” Pirutinsky said in an email interview. “In particular, religious sources of support and coping.” 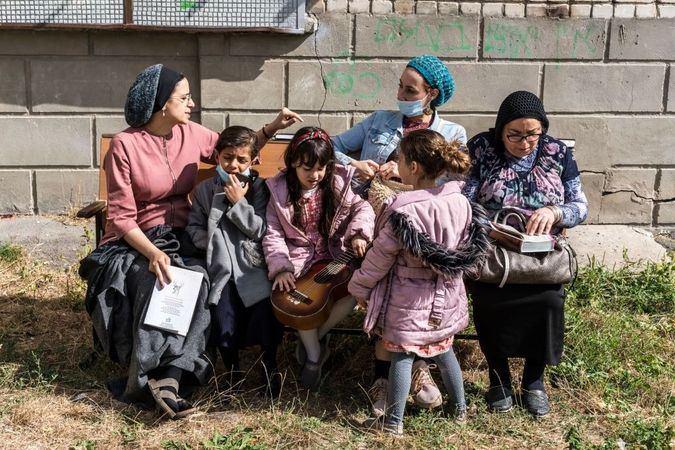 A new study suggests that religiosity may promote better health in the face of overwhelming crises. Photo by Brendan Hoffman / Getty Images

Prior studies have found that stress interferes with the self-regulatory processes associated with eating and physical activity. It leads to increased eating – even obesity – reduced physical activity and less sleep. Stress has also been found to activate several physiological systems strongly related to food consumption and weight regulation.

The new study, “Covid-19, Religious Coping and Weight Change in the Orthodox Jewish Community,” found that for those with low intrinsic religiosity (IR), stress correlated with weight gain. For those with mean or higher IR, stress and weight change were unrelated.

The study said the findings “support the connection between stress and weight gain in a naturalistic religious-cultural community sample during a pandemic. Second, they provide additional evidence to the extant literature, suggesting that religious coping can moderate the impact of stress on behavioral health outcomes. Third, they extend findings regarding religion and mental health to Orthodox Jews who are underrepresented in such research. Finally, they more broadly suggest that religiosity may promote better health in the face of overwhelming crises, such as COVID-19.”

It also noted that intrinsic religiosity may buffer the effects of stress by increasing self-control and improving the regulation of food consumption. And the researchers pointed out that for those with high intrinsic religiosity, religion is a “master motive” that prior research suggested “lessens the impact of stress, trauma, and even physical pain.” 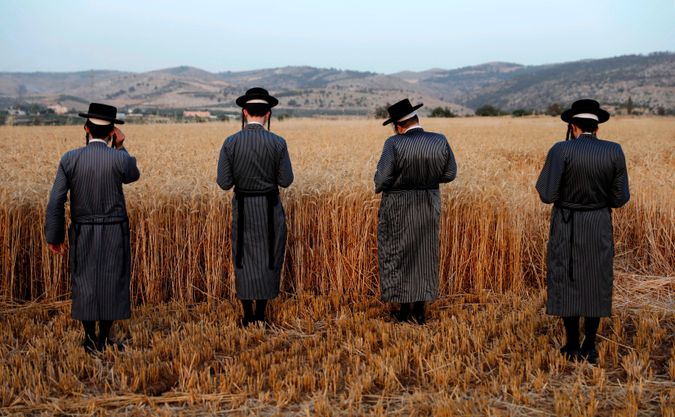 The study found that ‘when we are not in touch with our values on a day-to-day basis, we tend to regulate our stress with things outside of our own coping strategies such as food.’ Photo by Menahem Kahana/Getty Images

In a phone interview from Beit Shemesh, just west of Jerusalem, Cherniak said the study found that “when we are not in touch with our values on a day-to-day basis, we tend to regulate our stress with things outside of our own coping strategies such as food. A value-driven life may serve as an anchor that may help us cope with stress and regulate our emotions without using external things.”

“Intrinsically motivated religiosity – as an end in and of itself – may provide values and a meaning-making framework that may make us more resilient in the face of stress,” he added. “Being in touch with our values may make stress more manageable. Feeling like life has a purpose may mitigate the effect of the ups and downs of everyday life or crises such as COVID-19.”

The study is based on a self-reported survey completed by 983 Orthodox Jews living in the United States and conducted last year between March 30 and May 14. Some 64 percent reported living in the New York/New Jersey region, which is home to a largest Orthodox Jewish population in America. Some 252 participants were excluded from the study because they reported recently contracting Covid-19, which likely affected their weight.

Those participating in the study ranged in age from 18 to 89; 66% were women, 73% were married, 91% were college educated; 46% identified as Yeshiva Orthodox, 37% Modern Orthodox, 5% Hassidic, 2% Chabad/Lubavitch, and 2% Sephardic-Religious. Some participants were students, some rabbis, and many worked in various trades or business positions.

Pirutinsky said they found no differences between men and women with regard to observance and weight gain.