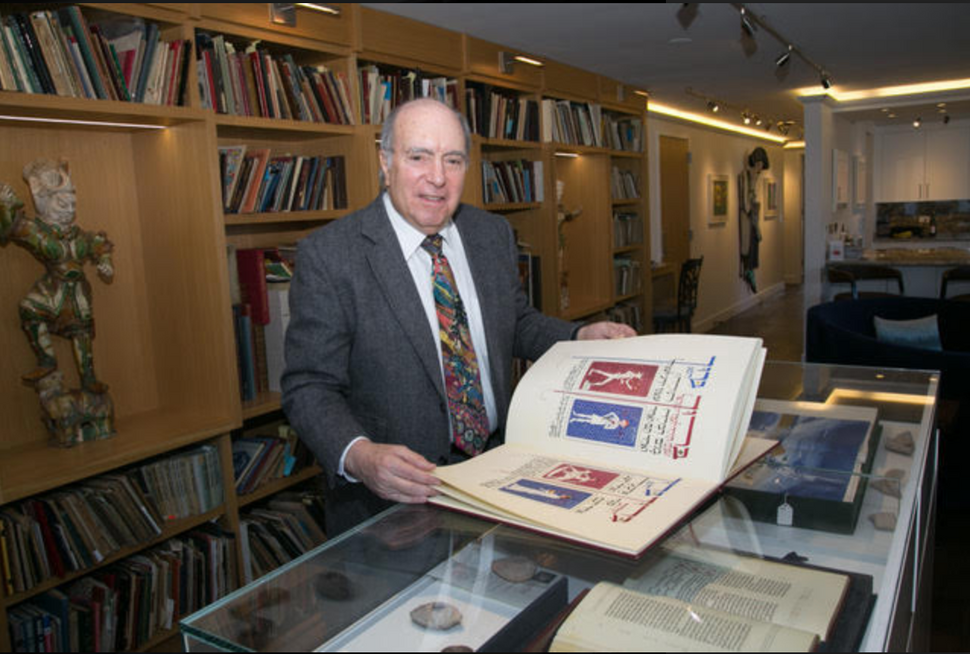 Haggadah published in Mantua in 1568. Image by Fred Eckhouse

Since 1982, Stephen Durchslag has collected thousands of haggadot from around the world, acquiring what is believed to be the largest private one in the world. Now, the former Chicago attorney has bequeathed it to the University of Chicago to enhance and grow its exposure for generations to come.

The collection features over 4,500 Passover Haggadot in 31 languages. The oldest, written in 1485, dates back to more than five centuries; the newest is from 2020, Durchslag said.

“There are many Haggadot produced every year dealing with contemporary issues, so I am acquiring them daily,” Durchslag said.

Recited at the Passover feast, the Haggadah, which means “the telling,” is meant to encourage reflection and commentary on the meaning of the Exodus story and liberation from oppression.

The Passover story is as relevant as ever, Durchslag said, pointing to the global plague of COVID-19 to contemporary social justice movements. 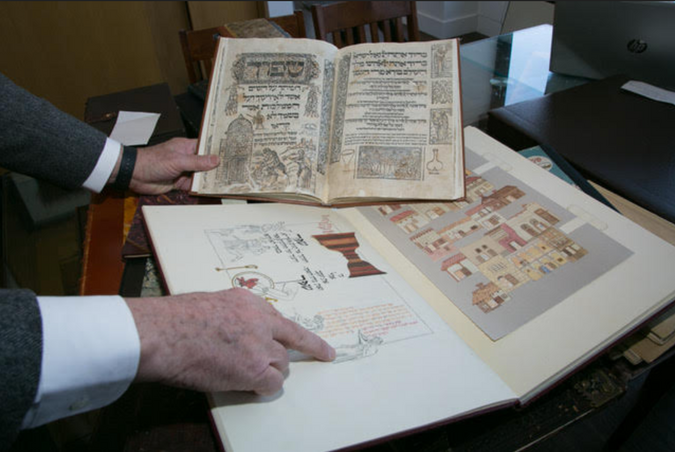 In addition to the books, which he has collected from auctions worldwide, his bequest also includes educational materials and scholarships for people who want to explore the collection and funds for its exhibition and expansion. Durchslag said he wants the gift to showcase the Jewish diaspora and teach younger generations about history and traditions.

The former attorney said he chose UChicago because the university is dear to his heart and family.

In 2013, before he retired, Durchslag enrolled as a graduate student at the university’s Divinity School and is currently getting his doctorate. He is writing a dissertation on parody Haggadot, created by writers to explore the political, economic and social conditions of their times. His family members also attended the university, he said.

While his daughters share his interest in the collection, they do not have the same passion for it as he does, he said — more reason to donate it to an institution that will help it grow and reach even more people.

Elizabeth Frengel, curator of rare books at the UChicago Library, said the university was excited to receive the news about the bequest, which she said will put the library’s collection of Haggadot on the map for others to see. 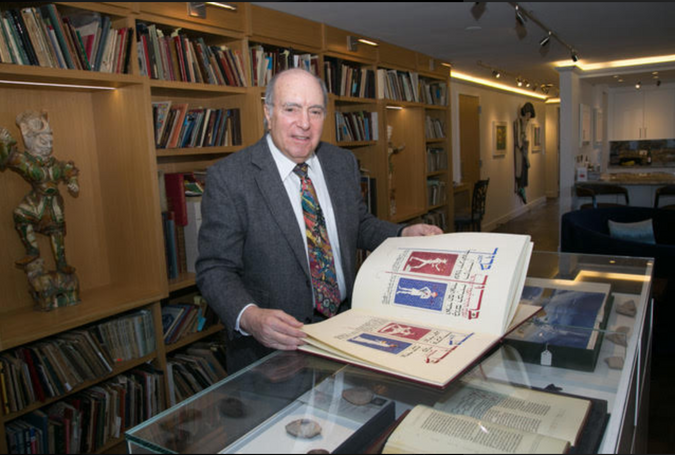 Haggadah published in Mantua in 1568. Image by Fred Eckhouse

“The university has always had a pretty strong Judaica collection but this adds another dimension that we were certainly lacking,” Frengel said.

She said the collection has both a deep historical value as well as important content. The history of the books allows scholars to trace materials, workmanship, and illustration practices through time in a particular genre; seeing personal markings and story depiction styles from the publisher, owner or creator adds a personal touch to each book. She compared the Haddagot to prayer books, which are close to the owner while having general appeal.

“There are many traditional things you’ll find in [the Haggadot] but they will always have conversations about time and place in which they were made,” she said.

Although the collection will not come to the library until Durchslag’s passing, Frengel said she has visited his apartment to see it in full, which sits on shelves all in one place. It was impressive to view these “ephemeral publications” captured permanently, she said.

“It’s very important for me to share this with the community,” Durchslag said, who has held virtual exhibits of the collection for students and synagogues.

He said there are two Haggadah books in the collection he thinks are most beautiful. One is the Moss Haggadah (Shir haMaalot l’David, 1987) made in Israel by artist David Moss, which shows beautiful craftsmanship, sharp details to the story and emblems of the Jewish experience that reflected the time. 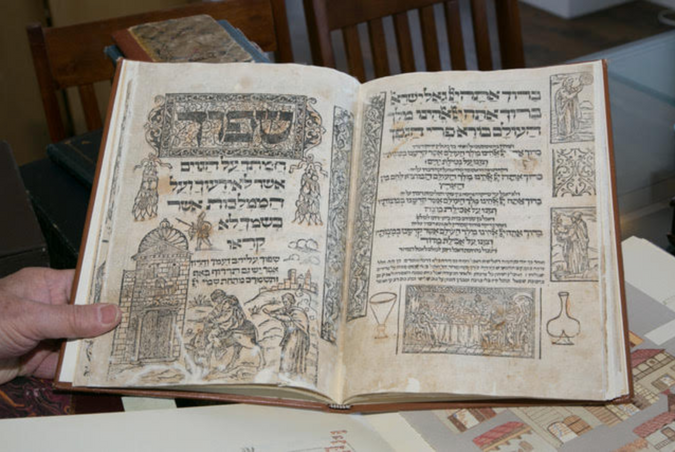 A Haggadah published in Mantua in 1568 (top) and the Moss Haggadah (Shir haMaalot l’David, 1987) by artist David Moss. Image by fred eckhouse

The second Haggadah the collector enjoys was made in 1609 in Venice and published in three languages: Italian, Hebrew and Yiddish. It features historic illustrations of the Jewish communities of the time that still circulate today.

As Durchslag prepares for the upcoming Passover, he hopes those who celebrate and read the Haggadah remember its teachings that can be applied to our present time, after a difficult year. He is planning an online Seder focusing on refugees in the U.S. and Africa.

“It’s a special time to enjoy where we are and to hope for a better future for mankind, especially in the middle of this pandemic,” he said. “ It seems to me that this particular Passover should really hit home for [us] the need to enjoy our lives.”