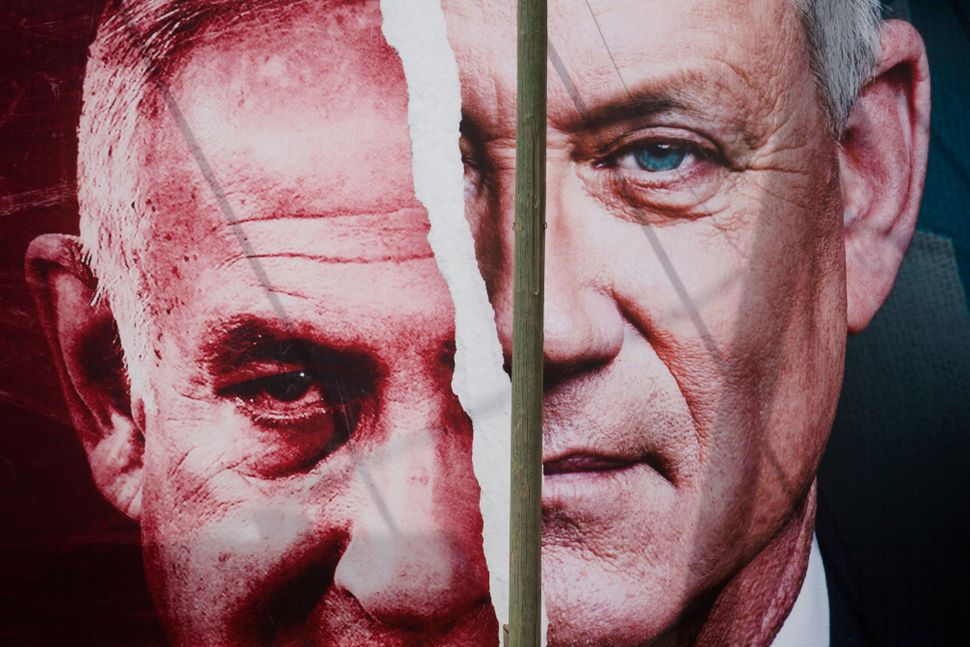 Ahead of Israel’s unprecedented fourth election in two years, Forward Editor-in-Chief Jodi Rudoren was joined by American-Israeli author Yossi Klein Halevi, a senior fellow at the Shalom Hartman Institute; Tamar Hermann, a public opinion specialist at the Israel Democracy Institute; Jay Ruderman, president of the Ruderman Family Foundation; and Jacob Kornbluh, the Forward’s senior political reporter to discuss possible outcomes, surprising moments from the campaign and how the elections will impact Israel-U.S. relations.

“It’s really unknown what will happen regardless of what the results are,” said Kornbluh, who shared four possible scenarios for this fourth election. He said that Prime Minister Benjamin Netanyahu will be less concerned about reaching the 61-seat majority than what could happen in the aftermath of the election. A majority win will involve working with a less than ideal cabinet, but if he doesn’t reach a majority, the only alternative is another election, according to Kornbluh.

Hermann gave context from a public polling perspective, noting that people have a low level of trust in political institutions and are highly skeptical about the ability of politicians to serve the public. Among those polled, people have the highest trust in the IDF, while trust in their political parties was at the bottom of the scale. However, she expects turnout to remain similar to the last election – with the exception of what she calls a “disturbing decline” in Israeli Arab voter participation.

While trust in political parties remains low, the panelists said that certain segments in Israeli society – such as the ultra-Orthodox population – have an interest in maintaining the current electoral system.

“As a society of tribes, a coalition system is an accurate reflection of our political will and it certainly leads to fragmentation, but that is in fact who we are,” Klein Halevi said.

Hermann noted that while it is a new experience for Israelis to have four elections in two years, this has, in effect, been a two-year election campaign. The Israeli public is already highly politicized and the situation was only heightened due to the pandemic. In between elections, there was no time in which Israelis were not engaged in politics, according to Hermann.

Klein Halevi felt optimistic about a possible end to Netanyahu’s leadership, noting a shift in energy towards those against Netanyahu who are more energized than before. Both Klein Halevi and Hermann were impressed by Yair Lapid, who has been gaining traction in polls.

Another interesting development that Hermann is watching closely is the revival of the Labor party, which is now expected to gain six or seven seats. What used to be considered an outdated party is now more radical and is attracting a growing number of women voters, Hermann said.

For American Jews, Ruderman said that the majority are unaware, or uninterested, in this election. However, he said that regardless of who is in power, polling in 2020 showed that 80% of American Jews have a favorable opinion of Israel and support the Israel-U.S. relationship. Instead, Ruderman is concerned with the impact of constant government overturn on programming for American Jewish organizations that interface with the Israeli government.

The panelists were split about the possibility of a fifth election. Hermann and Ruderman said they think there will be more elections, while Kornbluh expects the next election to be in 2022.

Watch the entire conversation below: