The fight to save endangered Jewish languages, from Ladino to Judeo-Malayalam 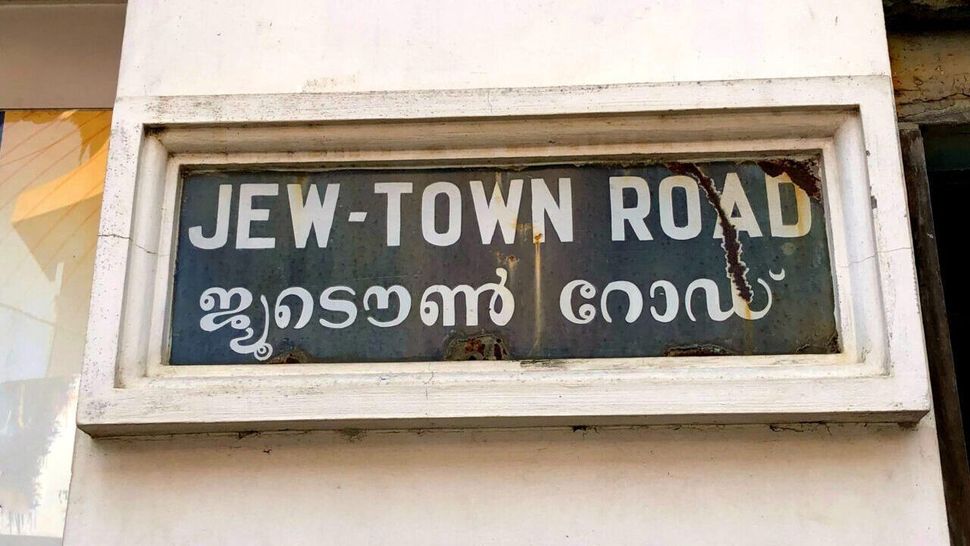 “Jew street,” as it is known locally, was once a hub for Judeo-Malayalam, the now endangered language spoken by the Jews of India’s Cochin region. Image by JTA-Christabel Lobo

What are the Jewish languages?

But what about Judeo-Malayalam, spoken by Jews in India’s Cochin region? Or Juhuri (also known as Judeo-Tat), the language of the mountain Jews originally spoken in Northern Azerbaijan and the Russian republic of Dagestan? Or Judeo-Shirazi from Iran, and the Kurdish language Jewish Neo-Aramaic?

“The information encoded in these languages is more powerful than anything you could put in a museum,” said Noah Usman, a UC Berkeley student and volunteer on the “History of Jewish Languages” project. 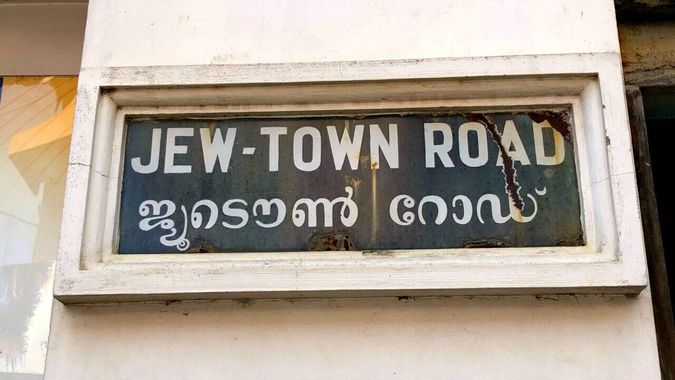 “Jew street,” as it is known locally, was once a hub for Judeo-Malayalam, the now endangered language spoken by the Jews of India’s Cochin region. Image by JTA-Christabel Lobo

The project was launched in January by the nonprofit Wikitongues, whose aim is to document every language in the world. The volunteer-powered organization is trying to collect eight hours of video and at least 3,000 words from speakers of dozens of Jewish languages, but it’s a race against time. With languages always in flux and subject to shifts in politics and culture, many Jewish languages have only a handful of speakers left. 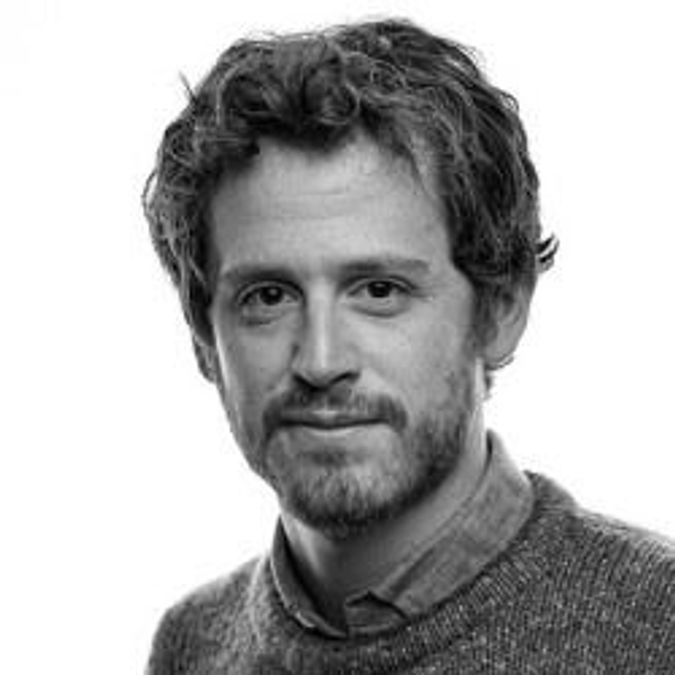 “We’re on the precipice of losing history, and a large part of our story,” Wikitongues founder Daniel Bögre Udell told J. “Where we came from and where we’ve been.”

The story of those languages is part of the story of the Jewish diaspora, which took Jews to all four corners of the globe. Since January, work has been done on collecting Judeo-Malayalam and Ladino. The plan for the near future includes Judeo-Greek, Judeo-Italian, Judeo-Georgian, Jewish Algerian Sign Language, Western Yiddish, North African Ladino and others.

The project is getting rolling by focusing on what’s both urgent and also feasible to collect, said Jamie Joyce of San Francisco. Joyce is a board member of Wikitongues and the executive director of the Society Library, a nonpartisan database of political arguments and ideologies.

“We discovered that in some of the places where we could only find a few living speakers of certain Jewish languages and dialects, we also found connections and volunteers willing to get in action to support the project,” she explained.

One of those volunteers is Usman, a Cal undergrad who was immediately roused by the project, in part because of his background.

“I’m half Ashkenazi Jewish and half Pakistani,” he said. “My great-grandparents were the last generation to speak Yiddish, and that drove me to learn it now, and on my other side, some of my family speaks Punjabi. They speak a dialect that is not endangered yet, but the number of speakers is decreasing quickly.”

Usman is helping Wikitongues do outreach on social media, hoping to find people who have speakers of endangered Jewish languages in their own families. Those connections are key, Joyce said.

“I can’t stress enough how families can assist in this mission,” she said. “If a daughter or granddaughter, son or grandson finds out about this Wikitongues project, they may be the key to reaching their grandparents who may happen to be some of the last remaining speakers of an endangered dialect.” 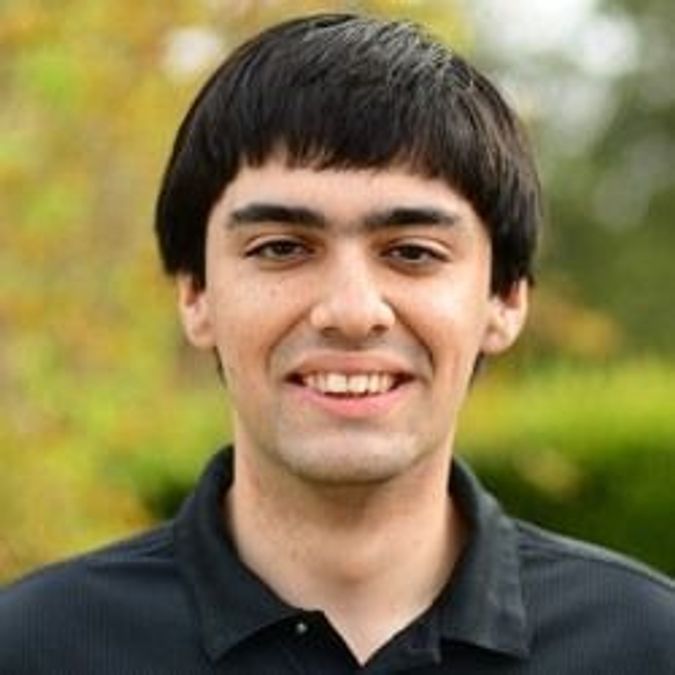 Usman has seen this firsthand. One of the languages the project is documenting is Judeo Yemeni Arab; Usman said there are estimated to be 10,000 to 30,000 speakers left. He has Yemeni relatives in Israel, so he reached out.

“The only way I have been able to find speakers for that is by asking my family directly,” he said. However, even though he tracked down one speaker, his aunt’s husband’s mother, she passed away before he could have her recorded. That made the urgency of the project real for him.

“No one else in my family in Israel speaks Judeo Yemeni Arabic anymore,” he said. “So it was also a kind of wakeup call for me.”

Founded in 2014, Wikitongues is a nonprofit with goals that are twofold: documenting languages and what it calls “language revitalization,” helping communities bring back languages that are dying or have already died out.

The Jewish languages project is one way for Wikitongues to test out what’s needed for that process. To that end, it has been working closely with the Living Tongues Institute for Endangered Languages and the website JewishLanguages.org, run by and Stanford Ph.D. and Hebrew Union College professor Sarah Bunin Benor. It is also working on collaborating with the New York City–based Endangered Languages Alliance and the Mother Tongue Project in Israel.

Some Jewish languages are close to disappearing, such as Judeo-Malayalam, which is spoken by fewer than 50 people. It was spoken by a thriving community in Kerala, the oldest Jewish community in India, that is now down to almost no members (it’s also spoken by a small community in Israel). Like many other Jewish tongues, it’s a combination of Hebrew with the local language, in this case Malayalam, one of the Dravidian languages that are spoken by more than 2 million. But it also has a large overlap with Mayalayam, so does that make Judeo Mayalayam a language or a dialect?

“My answer to that is essentially, who cares?” Udell said. “Whatever the answer is shouldn’t make it any less worthy of our attention.”

Whatever its derivation, Judeo Mayalayam has a cultural history that is important. And if it’s preserved, maybe it can be revived, the way other Jewish languages are having comebacks of varying degrees, such as Yiddish in the United States. And in Israel, some young Jews are tapping into the Arabic languages of their forebears, such as the sister band A-WA, who sing in Judeo Yemeni Arabic.

“Most of [the languages] are underdocumented,” Udell said. “If they do go dormant in the next couple of decades, there might not be enough to revitalize them.”

The project is personal for Udell, who is Jewish. The use of Yiddish in his own household was something that had a big impact on him. “I think that went a long way toward reinforcing my Jewish identity,” he said.

For Usman, joining the project as a volunteer has been a journey of self-reflection.

“As I realized how precarious the situation for these languages is, it led me to realize what I can do in my own sphere of influence — meaning in my family — to try to save these languages,” he said. “So I’m learning Hebrew, Yiddish, Urdu and Punjabi right now. I realized that in maybe 20 years I’m going to be the vehicle for passing these languages on to my kids.”

Joyce stressed that the initiative has ambitious goals and, as such, needs help from the community. “There are many ways that volunteers can lend a hand,” she said, “from simply reaching out to find new native speakers to performing the language-documentation themselves.” The project is looking for speakers of any Jewish language, and not just the obscure ones. It is also seeking donations as it moves forward.

Maya Mirsky is a J. Staff Writer based in Oakland.

The fight to save endangered Jewish languages, from Ladino to Judeo-Malayalam